Trap of the Plant 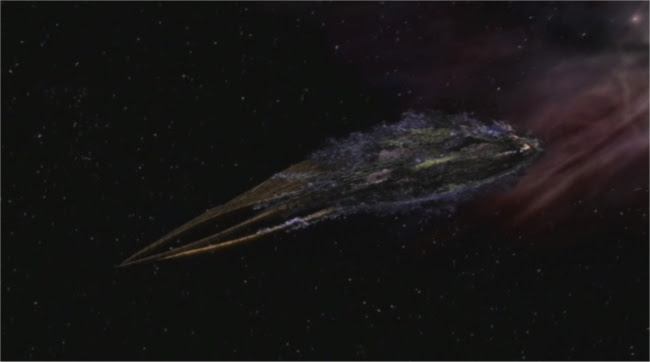 Farscape returns to an old fashioned bottle episode when Moya gets caught up in a deadly space plant. It smells like onion and it won't stop growing even as drama over Aeryn's baby unfolds within. 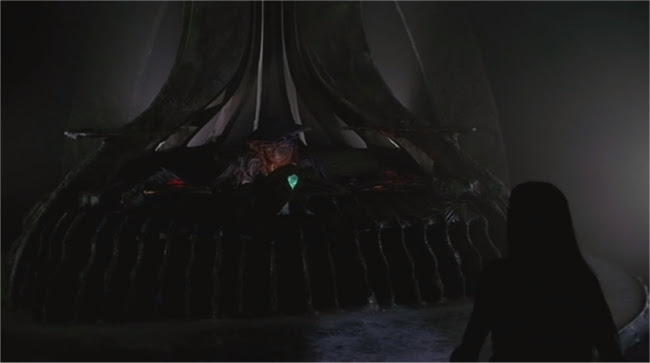 And the title seemingly refers to a request from Pilot (Lani Tupu) at the end of the previous episode, that the crew finally pick a captain. Before the final election, they decide each person should serve temporarily, and we join our heroes while Dominar Rygel (Jonathan Hardy) is having his turn. 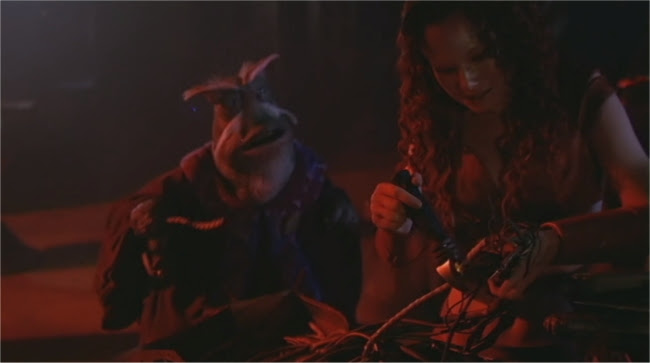 As a former ruler, you'd think he'd be a natural, but the poor little guy beats himself up when things go wrong on his watch. It really has been a long time since he had legions doing his bidding, I guess.

What goes wrong is a plant, one that seems to be getting bigger and finding new ways of clogging Moya's works. This doesn't stop chatter about pregnancy, though, and Aeryn (Claudia Black) makes the unwise decision to confide in Chiana (Gigi Edgley). The latter seems to think nothing of immediately telling D'Argo (Anthony Simcoe) but she does seem a bit upset when the news spreads. 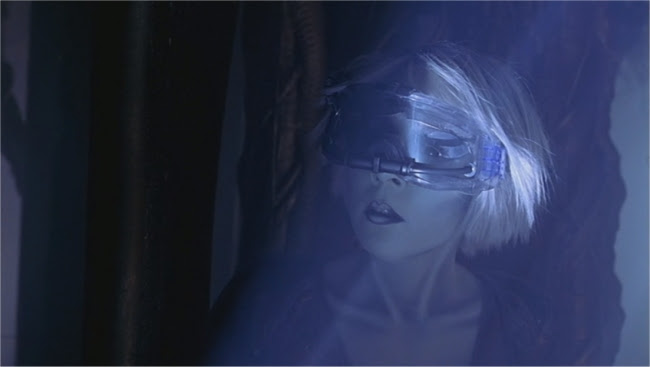 The news is that Aeryn isn't sure the father is John Crichton (Ben Browder), be it the current resident of Moya or the deceased twin from last season. There's an interesting bit of info about Sebacean biology, that Aeryn's body could have kept a conception in stasis since well before she met Crichton. Nonetheless, I found the drama about whether Crichton's the father a bit disappointingly typical compared to the usual, weirder Farscape fare. I also dislike Aeryn casually throwing away the tension about the Crichton copies by saying there's no longer any distinction in her mind between the two men. The plant plot therefore is much more interesting. I liked how it's Scorpius' (Wayne Pygram) coolant rods that save the day. 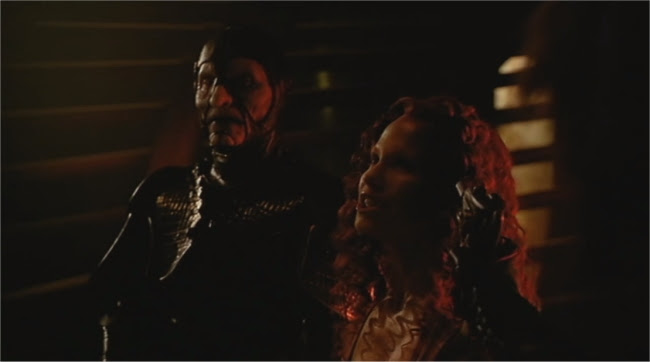 This isn't the best episode of the series, though it's not terribly bad. Maybe the best part to me is Sikozu (Raelee Hill) showing increasing eagerness to help Scorpius. I like how the show uses this to help distinguish her from Jool. And anyway, they'd make a cute couple.