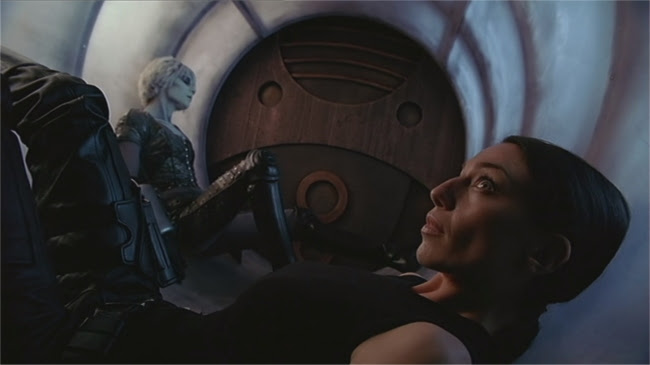 Farscape has its inevitable shrink ray episode, and that's always fun (or almost always), but it turns out to be a minor element in an episode that focuses more on the season's overarching plot. 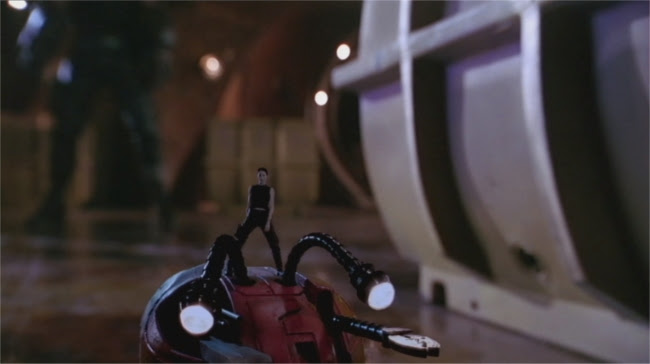 Season Four, Episode Eight: I Shrink, Therefore I Am

In an amusing cold open, Crichton (Ben Browder) and Noranti (Melissa Jaffer) are heading back to Moya after a supply run. Crichton is tipped off by Pilot (Lani Tupu) that the ship has been taken over by mercenaries when Pilot tells him everyone else is too busy to talk--that Aeryn (Claudia Black) is writing poetry and Rygel (Jonathan Hardy) isn't hungry for dinner which Chiana (Gigi Edgley) and Sikozu (Raelee Hill) are cooking together. 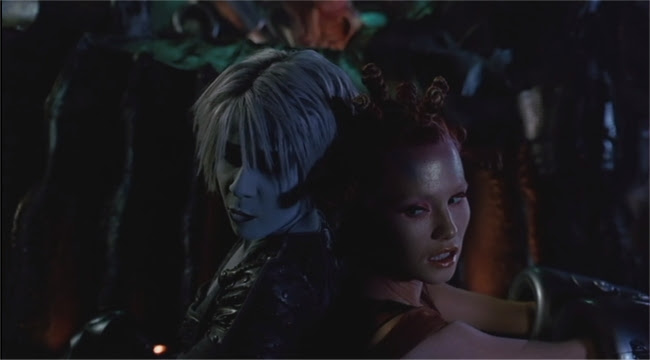 Sikozu has the cutest glare. Naturally, the two are actually getting on each other's nerves, tied up together. When Crichton finally does get aboard (leaving Noranti floating in space in a trance) he has to hide in the air ducts and team up with Scorpius (Wayne Pygram). 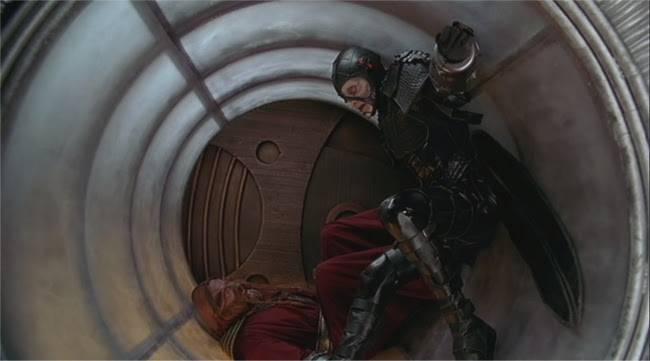 Crichton and Scorpius feels a little like Crichton and Harvey though Scorpius refrains from making any pop culture references. Crichton seems to enjoy teasing him, to the point of giving him an unloaded gun in a dangerous situation.

This episode features the first appearance of a "ruling class" Scarran (Duncan Young) who shows an ability to read minds, finding Crichton's location by reading Rygel's thoughts. He doesn't even have to use a heat ray. 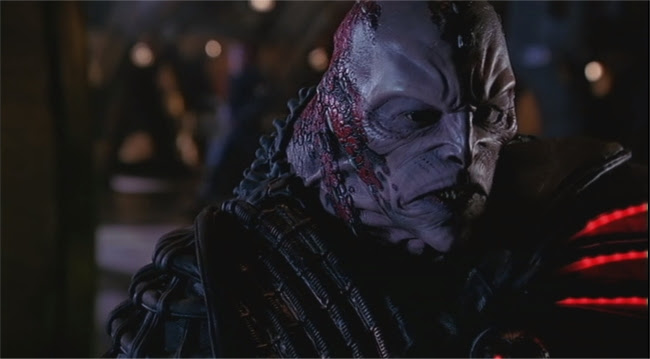 Mostly the shrink ray is just a convenient way for the bandits to tote their captives around. The end of the episode features a very brief, amusing moment with tiny Aeryn riding a DRD and the final fight between Crichton and the Scarran involves them alternately shrinking and enlarging, which is still fun to watch even after having seen the Ant-Man movies.

At this point, "John Quixote" is still the most interesting episode of Season Four, with several episodes like this that seem to focus more on action and plots. I was never a fan of Aeryn's pregnancy and thought it generally didn't drive the story as well as the complicated, stranger motivations from the first three seasons. But there are still some very good episodes left to go.