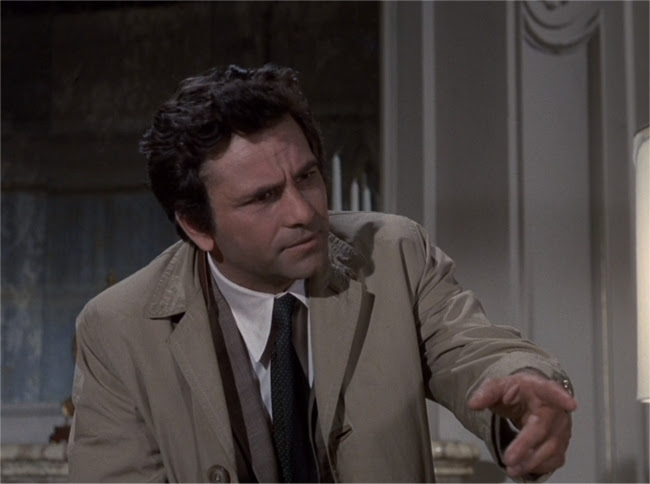 You should never underestimate the shabby lieutenant with the glass eye. That's what I've gleaned so far from watching the two pilot episodes of Columbo. The first, from 1968, is better written but has lower production values while the second, from 1971, has better production values and isn't as well written. Both were directed by Richard Irving and written by Richard Levinson and William Link, both are entertaining, the second one is slightly better.

The first one is about a psychiatrist (Gene Barry) who kills his wife for her money and the second one is about a lawyer (Leslie Williams) who kills her husband for his money. Both cases allow for striking contrast between Columbo's rumpled raincoat and the culprit's swanky digs, especially the second one, where the murderess puts her feet up in a mansion that looks vaguely like something out of a Cocteau film. 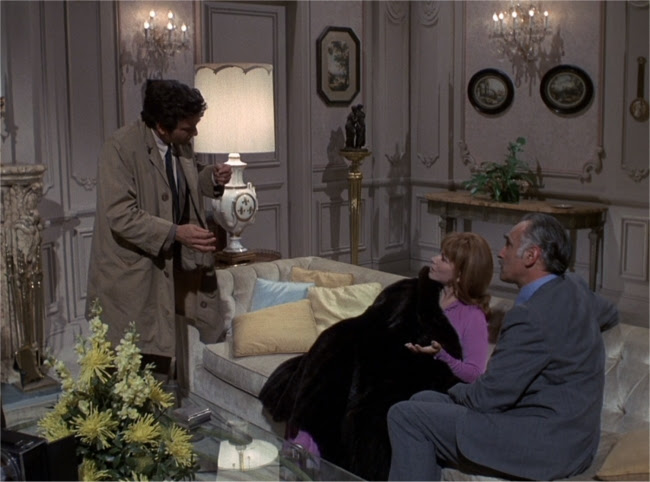 The first episode, which had its origins as a stage play from years earlier, has a more complex, well thought out plot. The psychiatrist's plan for covering up his crime, and his relationship his attractive mistress, are more complicated, though the cheapness of the penthouse set detracts a bit from verisimilitude. 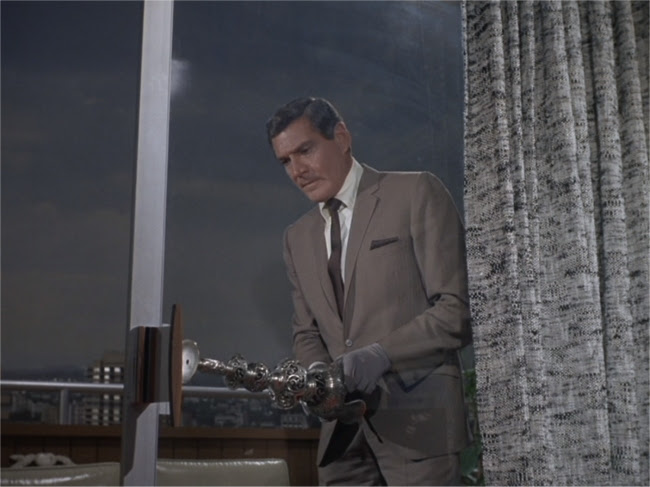 For the big chunk of the episode before Columbo shows up, well over twenty minutes, it feels like fourth rate Hitchcock. Then Peter Falk walks in and things get interesting. 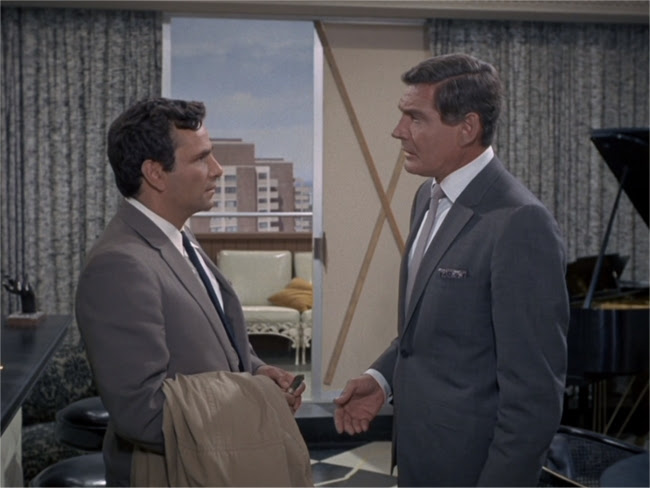 The cat and mouse between him and the murderer is entrancing as we watch Falk to see how much of his discomfort is feigned and how much of what he lets slip is his genuine obsession. The second pilot makes the wise decision to bring him in almost from the beginning, bumbling about the murderess' palatial porch, looking for a lost pen. 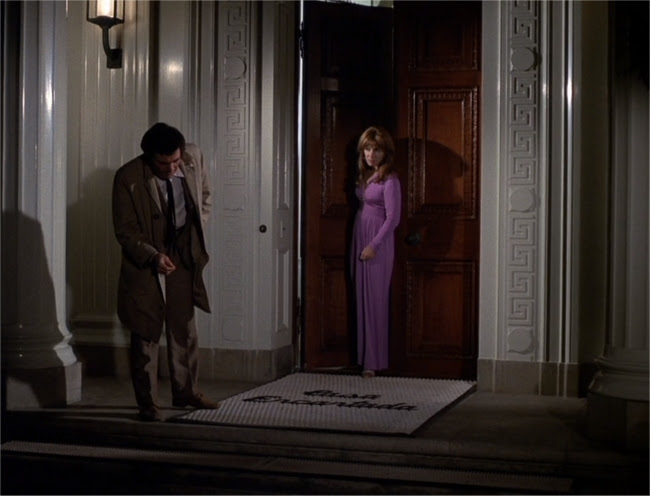 The plot here, slightly inspired by Double Indemnity (which appears briefly on a television screen) involves the inconvenient daughter of the murdered man. Columbo capitalises on the girl's suspicions in a climax that doesn't quite make sense but is amusing enough you forgive it.

Columbo is available on Amazon Prime with limited commercials via imdb.