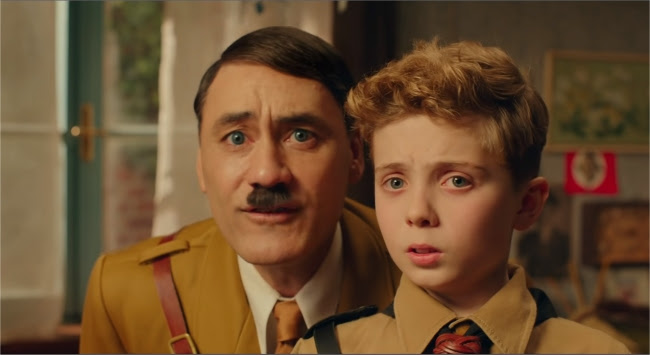 Not all the things we liked as kids look so good when we're older, whether it's He-Man or Good Luck Trolls or, like the protagonist of 2019's Jojo Rabbit, Adolf Hitler. True, being a Nazi fanboy has direr connotations than being an avid Pog collector, but filmmaker Taika Waititi wisely sees the same rules of youthful foolishness likely applied. Employing a tone frequently reminiscent of Wes Anderson, Waititi made a good comedy about the innocent absurdity that can exist concurrently with malicious horror.

As Dostoevsky wrote in The Brothers Karamazov, "As a general rule, people, even the wicked, are much more naïve and simple-hearted than we suppose. And we ourselves are, too." As young Jojo (Roman Griffin Davis) takes to Hitler Youth training with gusto, he meets silly adult Nazis played by Sam Rockwell, Alfie Allen, and Rebel Wilson. Wilson's character, Fraulein Rahm, never breaks stride in her devotion to the cause, even later in the film when she's packing kids off with explosives. She maintains the manner of a secretary whose mind is never entirely on her boring job yet her devotion to the concept is beyond question. 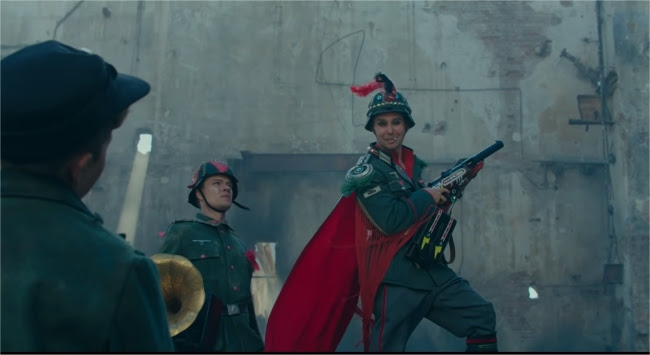 The film's most interesting character is Sam Rockwell's Captain Klenzendorf whose fervour for the National Socialist Party has worn out with age and experience along with assorted other kinds of youthful idealism and slavishness. He designs his own uniform at one point with ridiculous crimson fringe and a plumed helmet that doesn't so much proclaim his loyalties as much as it says, "Fuck this noise, I'm doing what I want." 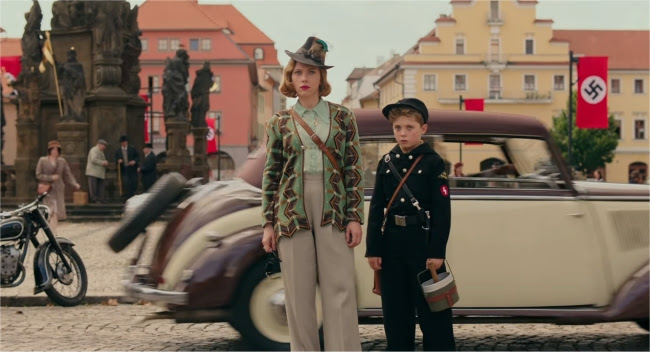 Jojo's mother, played by an especially sharp and charming Scarlett Johansson, is a more straight forward, secret anti-Nazi, and Jojo discovers one day a Jewish girl his mother's been hiding in the wall. Elsa (Thomasin McKenzie) threatens and mocks the boy and he, of course, is horrified by her. But like most kids who spend a lot of time together on the playground, no taunts or factionalism can quite outlast the influence of shared experience and hormones. 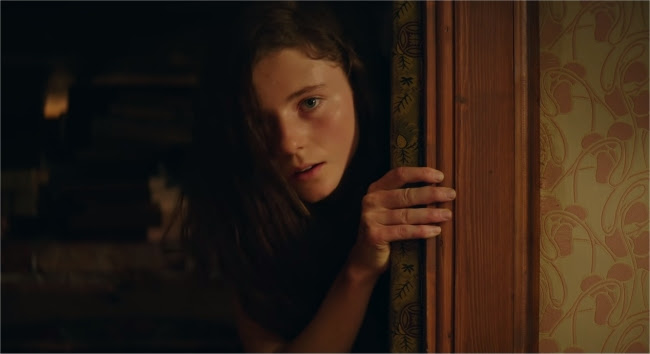 Waititi himself plays Jojo's imaginary friend in the film, a version of Adolf Hitler, whose childlike recriminations and articulations of moral support seem much more like a kid's construct than the bloody dictator, though there's understandably some overlap between the two. Waititi's performance is very funny.

It's a very sweet film that says some rather dangerously innocent and insightful things about human nature.