Rocking the Ford or Fording the Rock 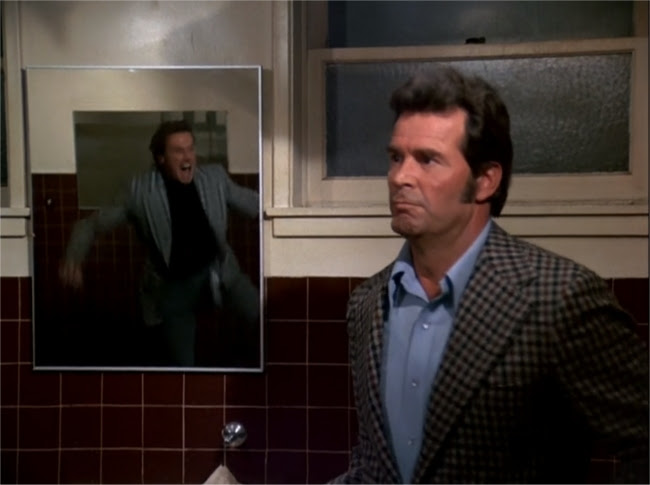 I frequently have a problem with to-day's short attention span quick editing on television but it's worth remembering things can go just as bad in the opposite direction. I watched the pilot episode of the 1974 detective series The Rockford Files a few days ago and, oy vey, the padding. So much padding. There's an establishing shot of a police station that was already going on too long when the camera slowly started to zoom in on the "police" sign . . . and held it there for a moment. 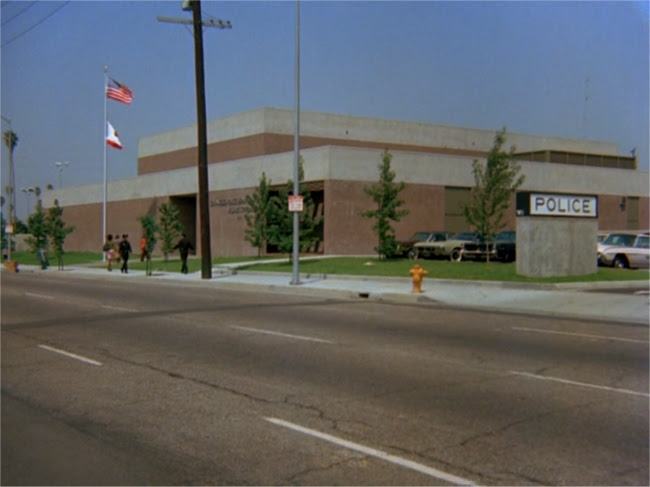 The plot is a bit thin and silly--surely too thin to spread over two hours--but the stars, James Garner as Rockford and Lindsay Wagner as the guest starring client/love interest, are both great and their chemistry blooms out over the loops of meaningless dialogue. 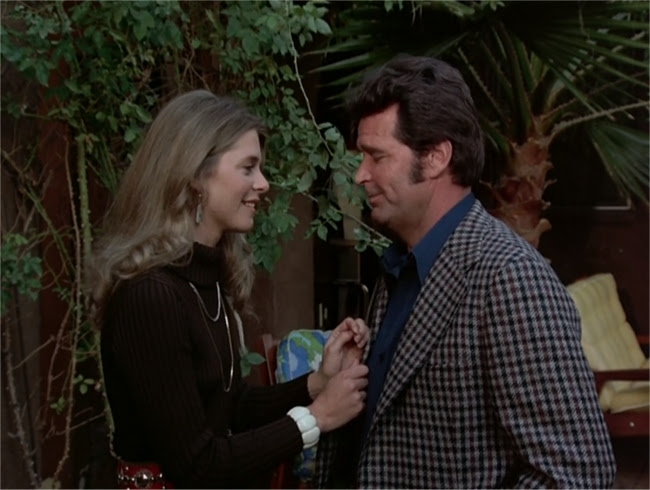 Garner had a real talent for coming off as natural in absurd circumstances and Wagner, despite her character being a pretty blandly written damsel, comes through nice and sharp and her rough voice pairs well with her pretty face.

The plot involves the murder of her homeless, alcoholic father. This happens in the beginning of the episode with a confusing shot continuity error as the camera cuts between full shots of the drunkard in baggy pinstripe slacks, stumbling towards a pier, and the red panted legs of someone following him. But then there's a cut to someone's legs wearing brown corduroy flares which I think are supposed to belong to the drunkard. 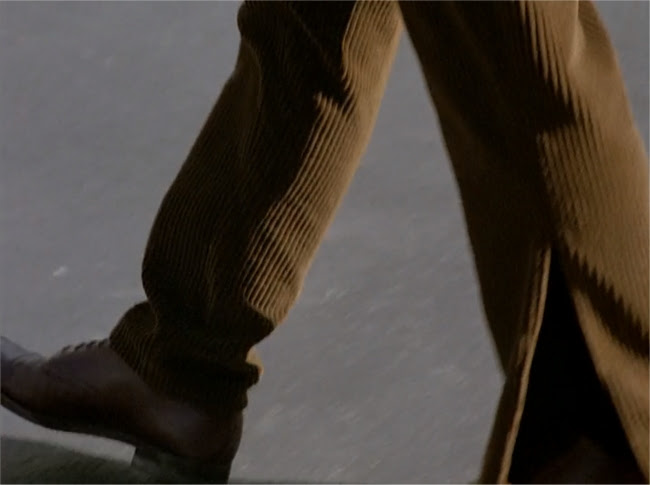 Rockford reluctantly ends up investigating despite the fact that Lindsay Wagner can't pay his normal rates. He has amusing dialogue with buddies at the hall of records and . . . the police station . . . and gradually a really confusing scheme is revealed. Somehow killing the old man helped a devious heiress and her henchman get money or cover up another crime, I'm not sure. Everyone ends up in Las Vegas and then out in the desert where Rockford manages to take down an aeroplane with a snub nose revolver. 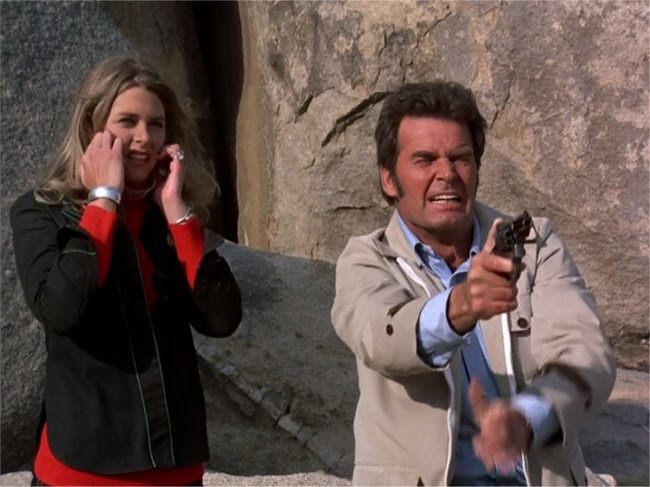 The plane lands successfully and then explodes for some reason. But it's all nicely shot and it's preceded by a surprisingly effective car chase.

The Rockford Files is available on Amazon Prime through imdbTV, which means there are a few commercials but not very many. I think there were only four interruptions across the two part episode.

Diversions brought the matter back to fore.
The team of strings begat the violin.
A pickled bean redeemed the seedy core.
Suspicious eyes were soothed 'neath tarpaulin.
A floating bug reported waves to suns.
Organic acres crush the wheatless chaff.
A threshing floor reports the stalks to buns.
A mild thought became a deadly gaff.
Electric streams produce the chatty fish.
A salted chip redeemed the greasy lunch.
Uncounted grains combine to make the dish.
Banana hands combine to make a bunch.
The volume sets itself throughout the night.
For ev'ry sound has got a dreamless right.

Posted by Setsuled at 10:51 AM
Email ThisBlogThis!Share to TwitterShare to FacebookShare to Pinterest
Labels: detective, television, the rockford files, tv show