Finding Time for Murder About Town 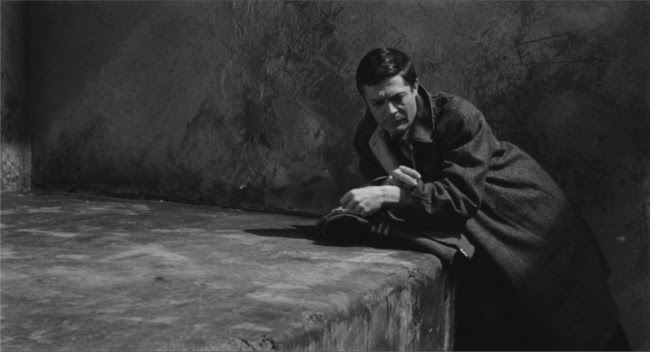 A handsome, fashionable young man is suddenly arrested and it's only after being brought to the station and carrying on with several adversarial conversations is he told that his lover has been murdered. Of course, he's the primary suspect in 1961's L'assassino. Marcello Mastroianni stars as the young man and with plenty of location shots in Rome and most of the movie consisting of dialogue it's easy to be reminded of the famous Fellini films he starred in. It's not quite as good as those films but it's an interesting rumination on perception. 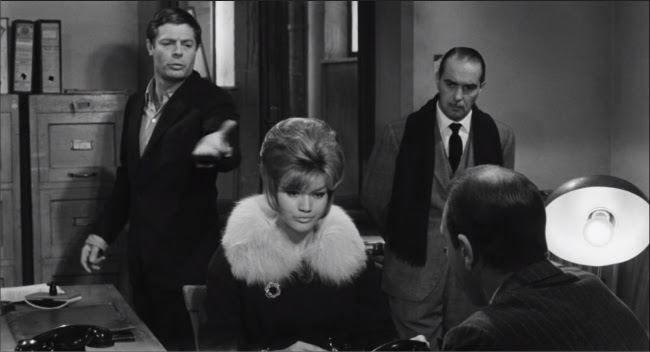 Despite the dialogue-heavy nature of the screenplay, which could almost be a stage play with one or two locations, the action continually shifts from one place to another as Alfredo (Mastroianni) is interrogated. Now in an office, now in a hotel room, now in a cell, everything changes but Alfredo expresses the same exasperation. And other people start winding up dead. 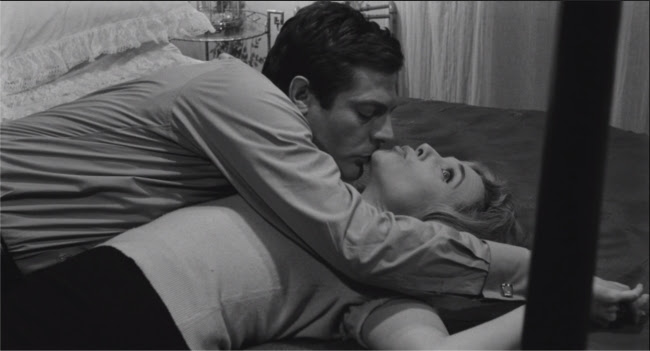 The film frequently shifts to flashback and we see Alfredo with his lover, the murdered woman, Adalgisa (Micheline Presle). A wealthy older woman, he nevertheless seems to have real affection for her but she generally regards him with an ironical, mildly impatient smile. We see other women in Alfredo's life, too, including his mother whom he seems oddly anxious to put on a train out of town. 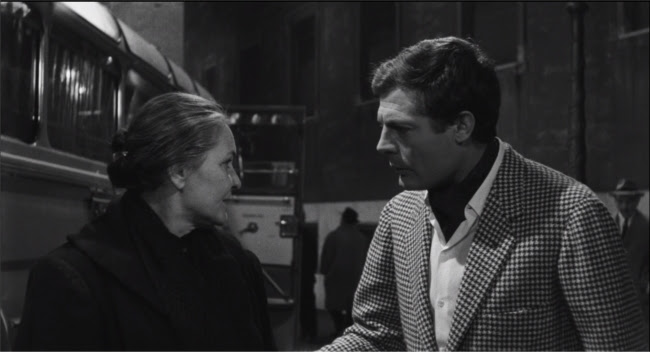 I want that sport coat. The wardrobe in this movie is great, of course.

The ending of the film could possibly be a twist but it's given in such an offhand way it could merely be a joke. But it compels the viewer to think back over all that's happened, successfully forcing close attention to the endless, seemingly trivial and casual conversation.

L'assassino is available on Amazon Prime.

A paper brick began a wooden house.
A field of logging traps've took the tree.
Entire thoughts were dreams inside the mouse.
Completed fountains drain the marble sea.
A candy climate gifts the sugar cloud.
Obliging coats adorn the frosty arms.
The humble plate reflects the pastry proud.
A second plane completes but never harms.
A golden chain was painted grey and brown.
A row of relished wine became the dog.
Returning agents wore a copied frown.
With quickened steps we trod the thickest fog.
A deck of fevered glimpses brought the meal.
Successive cuts destroyed the sense of real.

Posted by Setsuled at 11:17 AM
Email ThisBlogThis!Share to TwitterShare to FacebookShare to Pinterest
Labels: crime, marcello mastroianni, movies, mystery