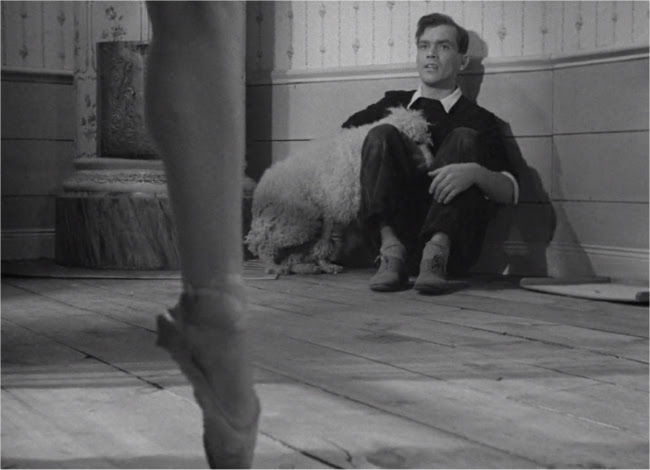 At what point does adoration, and the pleasure of being adored, become love? Ingmar Bergman's bittersweet 1951 film Summer Interlude (Sommarlek) explores the question with two young lovers; a ballerina and the devoted fan she brings into her life. Beautifully shot with sensitive performances, the film always captivates, even if it isn't quite as impressive as the films Bergman would later make.

It's hard to imagine anyone seeing this movie and not thinking of, if they've seen it, The Red Shoes, particularly as a conflict is introduced between the artist's devotion to her work and her devotion to the man she loves. I wonder if Bergman was at all influenced by The Red Shoes, if he decided to take it as a prompt, because I could easily imagine the maker of this film watching The Red Shoes and saying, "Yes, but . . ." 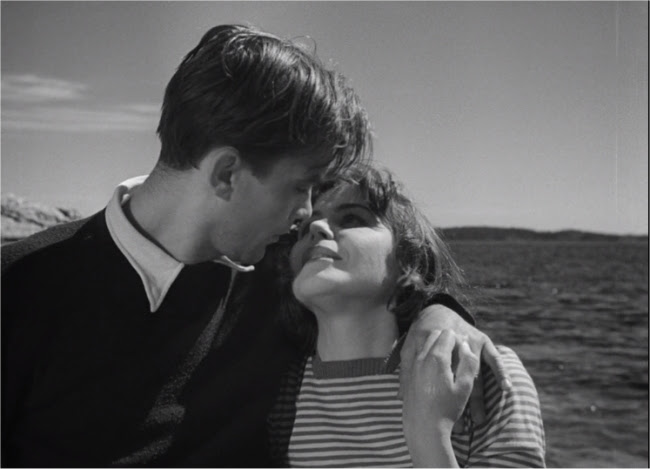 But where does the ballerina's love for the the man come from in the first place? Summer Interlude's ballerina is more coquettish than Moira Shearer. Marie (Maj-Britt Nilsson) is amused and flattered when she notices young Henrik (Birger Malmsten) watching her on the bus after her performance. Soon they're spending summer afternoons together, swimming near her little cottage, but even as she lays her head on his lap, smiling up at him, she teases him by asking why he loves her and insisting that she doesn't love him in return. 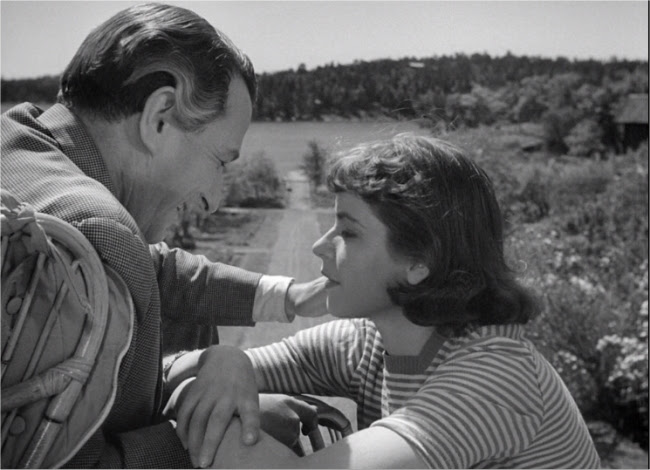 A very simple psychological explanation (for Bergman) is given for Marie's behaviour when we see how, since she was a young girl, her uncle, Erland (Georg Funkquist), has fondled her hair and spoken in a sexually provocative way to her; she's grown up on a one sided affair, one defined by the lust of one party. Does Marie expect Henrik to force himself on her, or is the dynamic replicated by Marie's occupation of Henrik's time and affection? 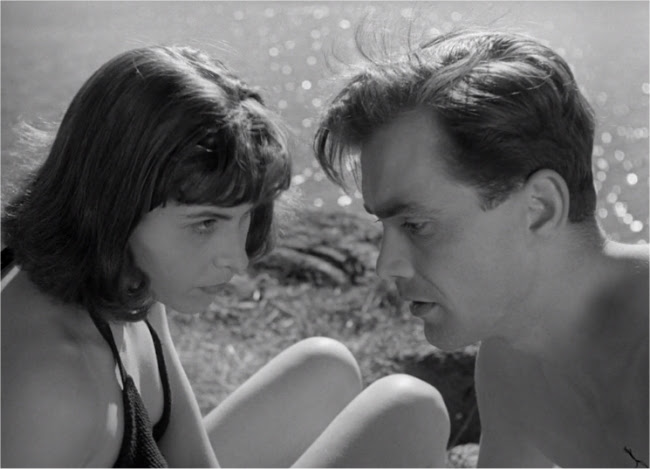 She experiences a crisis when it finally seems Henrik has lost his compulsion to be with her--she only knows how to use her sweetness to torment him, not to please him. This simple dynamic is enhanced greatly by the compositions and performances, particularly Maj-Britt Nilsson, whose laughter under the young man's gaze is both manic and charming, unaffected yet calculated. One is left with the impression that maybe there's something between the two that can't be so easily defined.

Summer Interlude is available on The Criterion Channel.

In poison pots the thumbs obscure the doll.
A row of ribbons blocked the needle's path.
Approval bit the plates around the hall.
A noisy line provokes a louder wrath
A spiny book returned a desk to shelves.
Accounting time replenished trees and shrubs.
Before the cookies here were only elves.
A million sprites would bathe in million tubs.
In forest blades the flutes were hidden well.
The music's glass emits a shaken tone.
Concealing cards could not disguise the tell.
The canvas paint could best be labelled "bone".
Alone, the metal makes a lumpy man.
The butter lump completes the heated pan.