The Real Pretend and the Pretend Real 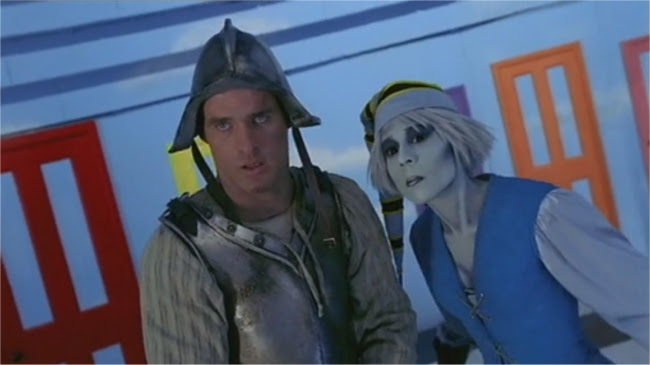 Sooner or later, every intensely immersive simulation game is going to go fantastically wrong, as proves to be the case on Farscape. Crichton and Chiana find themselves caught in a forced dream composed of parts of Crichton's memory in an episode with surprising psychological depth. 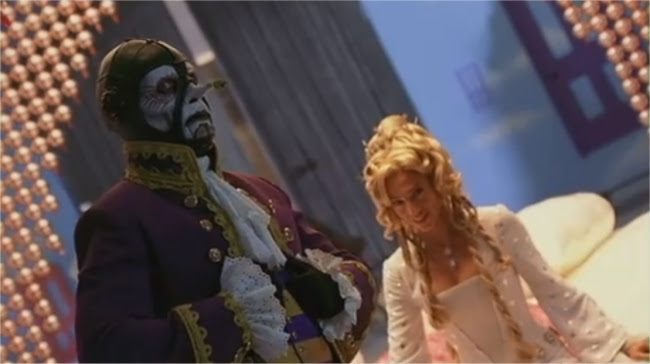 The second episode to be written by Ben Browder, Crichton himself, this has at its heart the relationship between Crichton and Aeryn (Claudia Black), much like Browder's previous episode, "Green Eyed Monster", from season three. But this wasn't unusual subject matter for season three, in season four it feels like a refreshing return to form after the first episodes of the season had been more about introducing new characters and focusing on Aeryn's secret pregnancy. For whatever reason, previous writers in season four failed to take the pregnancy plot to the levels of the John jealousy/inadequacy plot in season three. 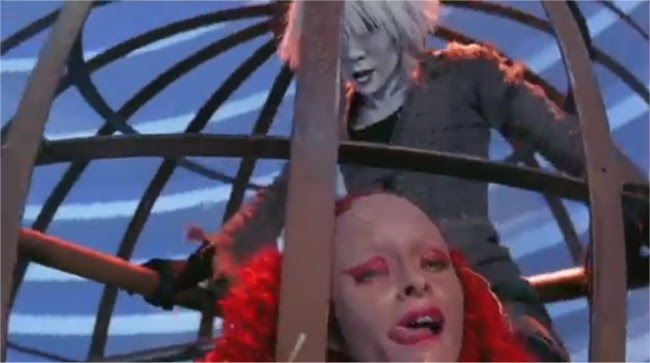 The silly story in the game simulator which Chiana (Gigi Edgley) gets them stuck in while in a transport pod turns out to contribute to this depth during the perhaps inevitable portion where it seems the two have safely gotten back aboard Moya. They find Scorpius (Wayne Pygram) is taking over the ship and finally succeeds when Aeryn double crosses Crichton, confirming John's fear from a few episodes back that she was working with Scorpius for more than necessity's sake. 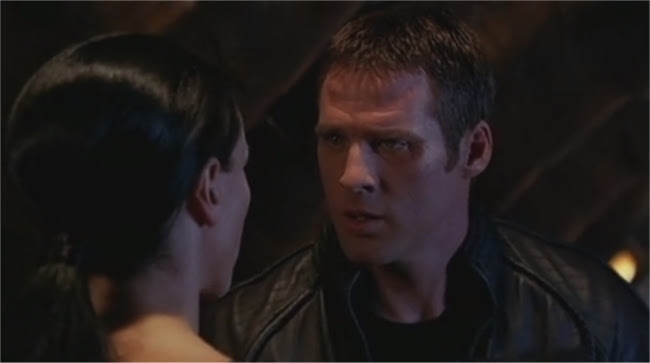 This is where the episode starts to become brilliant because while we, as the audience, might assume now that this is all a simulation, there's enough ambiguity to prevent this from being the obvious conclusion. It crystallises in an excellent moment for Claudia Black to show her capacity for subtlety as Crichton, now locked in a cell, confronts her on the issue of her loyalties, commenting on how everything they say can be overheard. 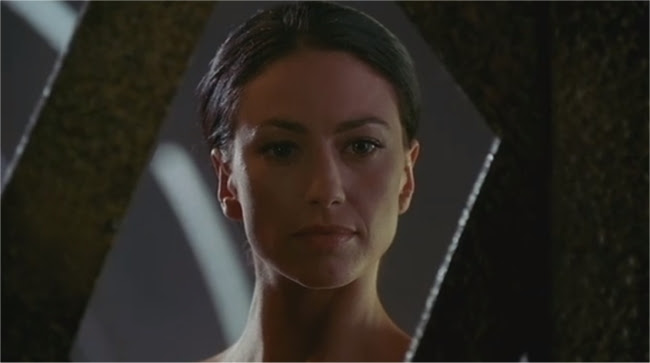 She asks questions to undermine possibilities of certainty. She'd shot Crichton when he was being attacked by Pilot (Lani Tupu) being controlled by Scorpius and she points out to Crichton that her shooting him may have been her way of protecting Pilot. She doesn't say if this was her motive, she merely points out that he didn't seem to be considering it. Is this her way to signal to him that she's only pretending to support Scorpius because he's spying on them? If so, would would this be the simulation Aeryn pretending? All this compels the viewer to intensely scrutinise her expression for any tell--that she's pretending, that she's a simulation--virtually anything, and Black employs the tiniest suggestive quirks of the eyebrow. Ironically, when she does reveal herself to be entirely supportive of Crichton, this is the moment he correctly guesses it's a simulation. 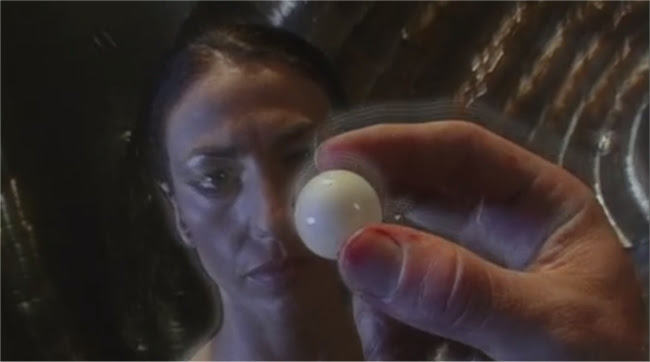 Which isn't to say it's not true Aeryn would be supportive of him but this is the moment where the computer fails to hit the right level of nuance for effectively sentient. The episode features several season three guest stars--Jool (Tammy MacIntosh), an oddly hairy Stark (Paul Goddard) and, of course, Zhaan (Virginia Hey), in her first appearance since her death at the beginning of season three. She's only a simulation but it's still nice to see her.