The Letters of Weird 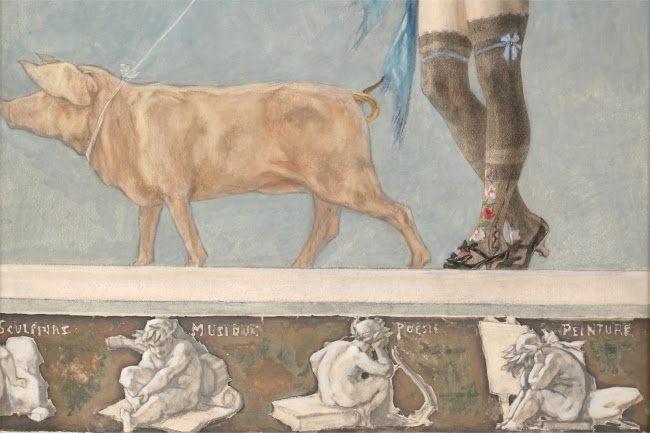 A new Sirenia Digest a few days ago brought the beginning of a new alphabet from Caitlin R. Kiernan, "The Cerulean Alphabet". This is a series of vignettes, one for each letter of the English alphabet. Caitlin has used this format before to good result and the latest is no exception.

Covering letters A through M, vignettes like "G is for Gephyrophobia" and "L is for Listen" feature Caitlin's familiar second person dialogue format in which the narrator speaks to a "you" and discussion involves an argument about perception of the strange. I like how these stories aren't about the elusiveness of a shared reality but the dread of confronting the undeniable, whether it's merely a strange sound in "Listen" or a bridge in "Gephyrophobia".

I think my favourite of this group is probably "I is for Indolent", which sort of reminds me of "The Lazy Sunbathers" by Morrissey, though Caitlin's vignette is not so much a condemnation of idle bystanders as an eerie portrait of immobilising torpidity barely interrupted by a strange vision of subtle horror.

By the way, in yesterday's post I talked about the lack of mood and atmosphere in Sunday's Doctor Who. In the past the show has excelled in these things, often doing much more for effect than any pouncing monster. A good example is the Second Doctor serial The Web of Fear.