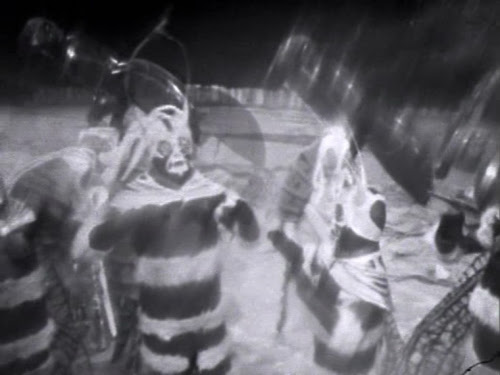 I finished watching the "Web Planet" serial of Doctor Who while I ate lunch to-day. A lot of the costumes were a bit hard to take seriously, but the distorted effect on the camera, the backdrop paintings of a desolate planet, and the gooey labyrinths of the Zarbi were actually kind of effective after a while. 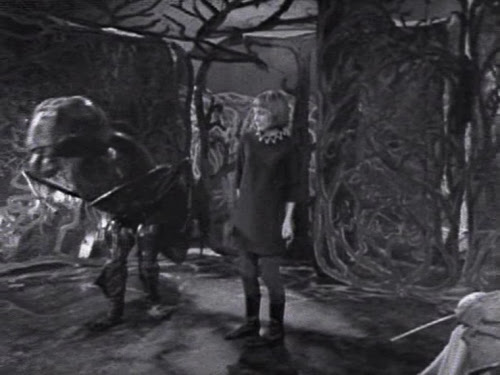 I beat the main plot of Fallout 3 last night, which wasn't too bad. Writing's definitely not Bethesda's strong suit, especially as it seemed like they were encouraging me to kill myself at the end. So what if I sent my super mutant friend, who's immune to radiation, into the chamber filled with lethal amounts of radiation instead of myself. No-one had to die, but apparently because I didn't arbitrarily decide to martyr myself, I got snide comments from Ron Perlman in the epilogue. Well fuck you, epilogue dude.

It was a bit of turnabout, I guess, since I'd defeated the main villain, voiced by Malcolm McDowell, by talking him into killing himself because my Speech skill was at a hundred. I basically just said, "Kill yourself, it's for the best," and he sadly said something about how I'm probably right. It was a lousy chain of dialogue, though Malcolm McDowell did manage to make it oddly poignant.

I should've known better than to play a Speech character in a Bethesda game. Maybe it was because Speech was actually a really entertaining skill in Fallout 2--I remember, a sort of similar scene, where I talked a guy out of destroying a power station or something and himself with it because his wife was cheating on him. The winning dialogue chain was something like, "If you go through with this, she wins." There was a logic to it, whereas all the winning Speech dialogue options in Fallout 3 don't really seem interested in making sense. It's still better than Oblivion's ridiculous Speech colour wheel, but actually comes out to be more like it than you'd imagine.

On closer inspection to-day, I discovered the manufacturer label on my straight razor isn't as illegible as I'd thought; 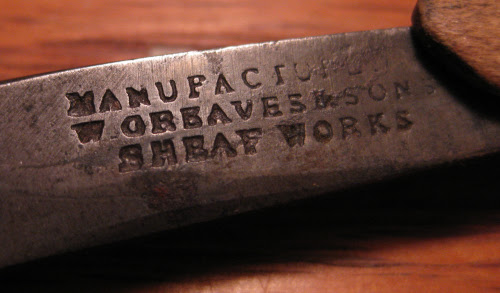 They then became William Greaves & Sons.

The firm was sold to B.J.Eyre & Company in 1850, and they may have continued using the Greaves markings for a time (approximately until 1858).

Which means I'm shaving with something no less than one hundred fifty years old. It's kind of dizzying.
Posted by Setsuled at 9:52 PM
Email ThisBlogThis!Share to TwitterShare to FacebookShare to Pinterest