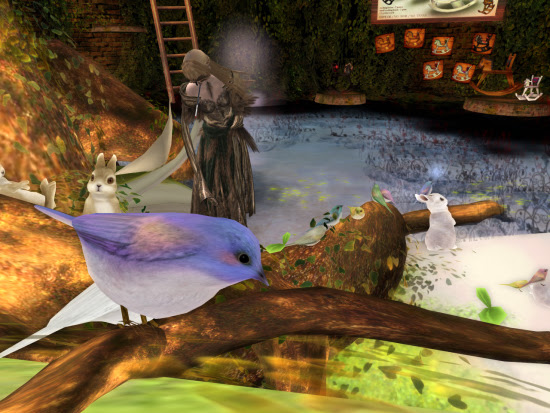 I was at my parents' house just now where the television was turned to E!. What a strange thing television seems to have become. It appeared to be rapid fire clips of wide eyed young men and women feverishly talking to someone off camera about boring things, like a campfire sing around where everyone has a dumb verse but tries to sing it as though they care about it. It felt like these people don't believe things can be intrinsically interesting, so they figure they may as well kill time showing pictures of Michael Jackson's kids and The Real Housewives of New Jersey, though the one Housewife they talked to looked about as real as Charlie McCarthy.

It's weird how many people with bad, overdone plastic surgery end up looking like Charlie McCarthy--the high, round, oddly hard looking red cheeks, the huge, shiny lips, and the knob chin. I'm all for people having the right to modify themselves, but I don't think people know themselves--or doctors--well enough to have that power in their hands. This Housewife, Danielle Staub--whose name sounds similar to Danielle Steele, a fact which somehow in itself is wearisome to me--may not have been attractive at 47 in 1810, but at least she wouldn't be forced to wear a mask of her psychological issues.

I think Second Life should be the test--if someone can't make a good Second Life avatar, they shouldn't be allowed to have plastic surgery. Anyone who's had a look around at the people in SL would know that there'd then not be very many plastic surgeries.

The problem is just that too many people are tacky. A good sense of aesthetics is too rare. The less power people had in deciding how they looked--say, a few hundred years ago--the better they looked. It's a sad truth.

When I play chess in SL, I usually send out a general IM to one of the chess groups I belong to asking if anyone wants to play. While I'm waiting, sometimes I just wander SL. Last night I was going through my hundreds of unsorted landmarks. I came to an empty lot in a Japanese area at one point. I browsed the other shops and came across a really well made tree; 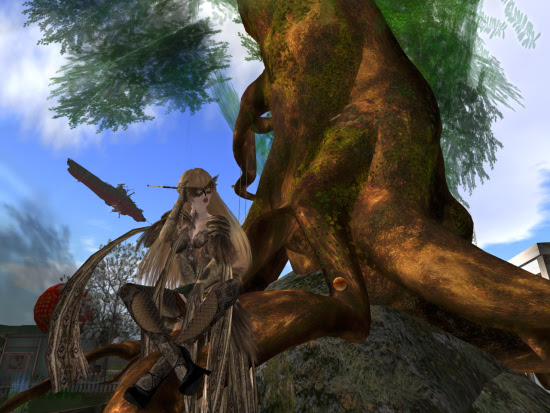 That's the Space Battleship Yamato up there, unfortunately not to scale. But it was nice seeing a reference to old anime in SL, which is usually just filled with the white trash, runs of the seizure mill anime.

I checked the maker of the tree and followed that person's profile to their main shop, called Happy Mood, which was a really well put together place with some very well made trees and ultra cute animals. It's been so long since I saw something good in Second Life I hadn't seen before; 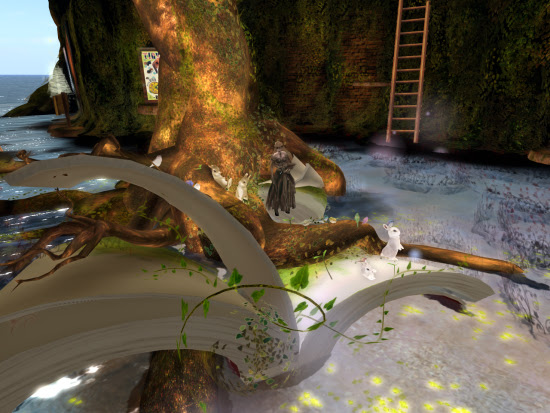 That's my avatar, Toubanua Tairov. And no, I don't want plastic surgery.
Posted by Setsuled at 9:06 PM
Email ThisBlogThis!Share to TwitterShare to FacebookShare to Pinterest