Music by Kroke. It's so much easier to get video than stills of these spiders. Not only because of my unsteady hand, but also because the wind constantly makes their webs sway back and forth. In some of the footage, I'm moving the camera back and forth to keep the spider in focus. The spider almost smacked into the lens a couple times.

This guy's name is King George; 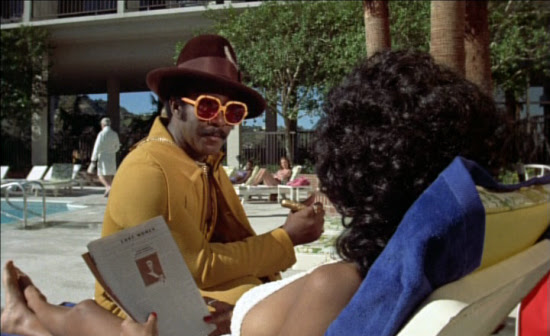 The lyrics to his theme song, which plays over his introduction, are, "George, George, George . . . He's a pimp."

I've deduced that King George may be involved in the prostitution business in some way.

Last night I watched Coffy, a movie I'd been meaning to watch for a long time, but was reminded to a few days ago when I read somewhere it was one of Quentin Tarantino's favourite movies. Coffy's ending reminded quite a bit of the end of Kill Bill vol.2, presenting a more direct and even more cerebral dialogue on the justice of revenge killing, though with a resolution slightly easier than Kill Bill's. 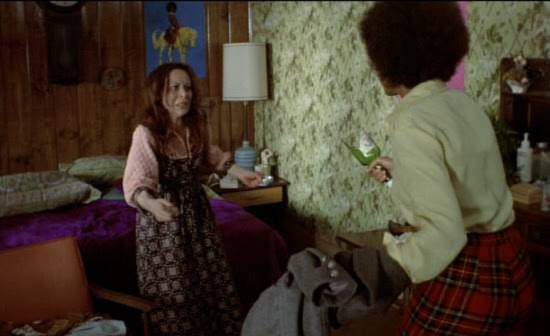 But mainly Coffy is blaxploitation, of course, and Pam Grier as Coffy shows an appropriate emotional vulnerability in the film's surprisingly serious later scenes while working wonderfully the rest of the time as a beautiful woman with some of the most fantastic breasts I've ever seen. They are the kind of breasts uptight people might insist to you only exist in comic books. But here they are. 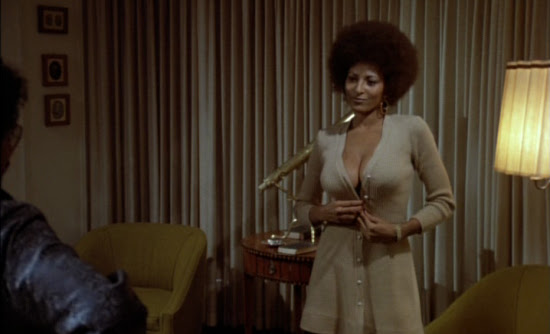 A lot of the film's reviews refer to her as delivering a great performance, and she does, particularly in that last scene, as I said, but more than performance, she's interesting for her strange, sometimes seemingly exaggerated mannerisms. She never seems fake, except that Coffy herself seems somewhat stilted at times. It's hard to explain.

Booker Bradshaw is perfectly charismatic as Coffy's politician lover--the more so because you get the feeling he might really love Coffy. He's a vital part of what makes the movie interesting. 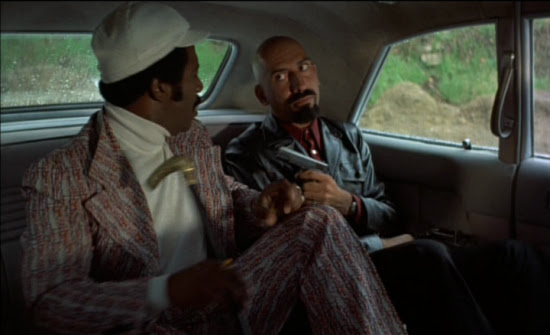 Sid Haig as a gangster henchman is relatively well used. He comes across as smarter than the guy he's working for, which has the odd effect of making it seem smarter to be a henchman than a boss.

Posted by Setsuled at 10:07 PM
Email ThisBlogThis!Share to TwitterShare to FacebookShare to Pinterest