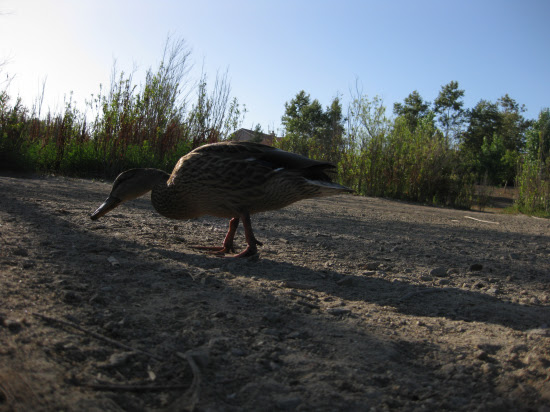 I had some stale hamburger buns I took to the river to-day and gave to some rather vicious ducks;

Music's by Nino Rota from The Godfather part II soundtrack.

I've been eating Morning Star's vegetarian burgers for a while now, and I've just started eating their California Turkey patties. Insanely good. Nothing like turkey, of course, but then I probably wouldn't like it. These buns, however, were awful. At least the ducks enjoyed them. I was surprised by how aggressive they were. A couple times, you might be able to tell in the video, a duck would actually reach around the camera to some bread I held back in my palm. It's a good thing they were so discerning--I got a couple nips on my fingers but nothing bad. 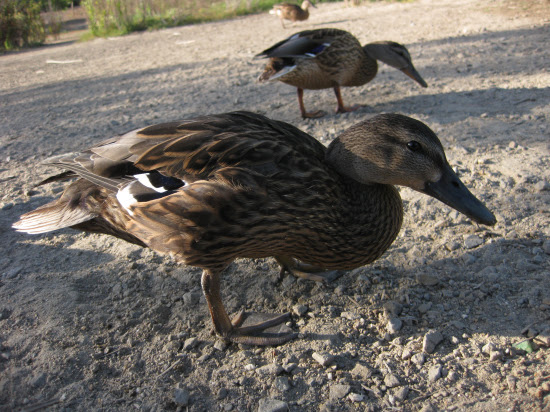