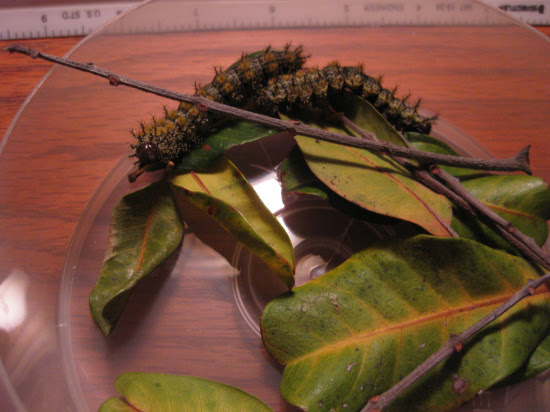 I decided to try capturing a couple of the caterpillars that have been all over the place lately to see what kind of moth or butterfly they turn into. But I couldn't figure out what they ate, so I ended up letting them go. And come to think of it, although I see at least ten every time I walk to the store, I never see any eating. They're always moving. I collected a bunch of different kinds of leaves and flowers from the area and threw in some lettuce, too, but they didn't seem to like any of it.

While I was gathering leaves, and petting Snow at the same time, I felt something sticky on my hand. Trying to brush it off on a leaf, I saw that it was a very, very tiny slug. There were two of them on the leaves I was carrying. 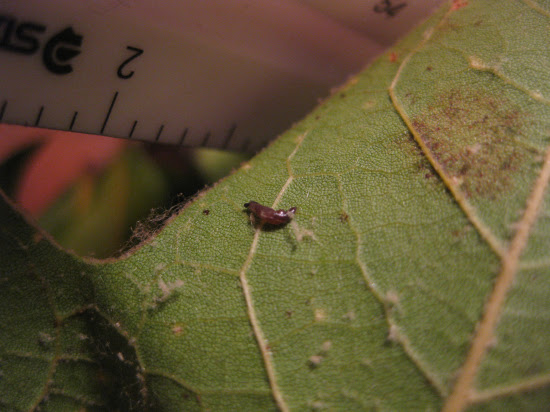 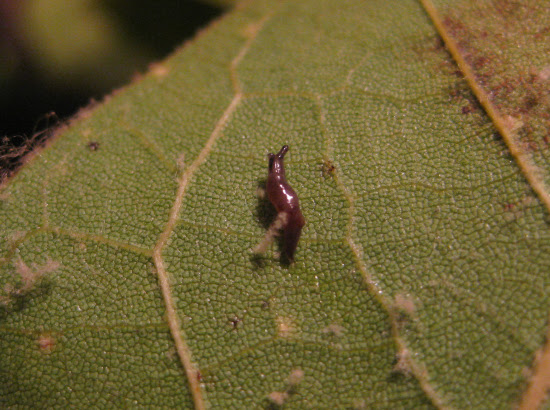 Here's some video of one of the little slugs. Music is by Howard Shore from his soundtrack to the David Cronenberg Crash, a track called "Mechanism of Occupant Ejection".