Look what I got; 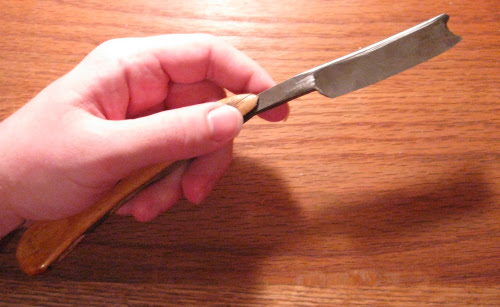 At last my arm is complete.

I have kind of a heavy beard. Around 2000 or 2001, I mentioned this in a BowieNet chat room and someone recommended to me the Mach 3 disposable razor, and I've been using Mach 3s ever since. The only trouble is, Mach 3s aren't cheap, costing me around ten dollars for a pack of eight new heads. I was coming to the end of a pack last week when I finally got fed up and googled information on straight razors.

I learned it was best to get an antique, as apparently stainless steel won't shave for crap. I did check one blade store at the mall, the type that also sells phoney samurai swords and Lord of the Rings reproductions, and the only straight razor I saw was a goofy number with hot rod flames etched into it.

So yesterday, since I was in the area for my dental appointment anyway, I stopped at a local cluster of antique shops and went from one place to another before I finally settled on the razor pictured. I was looking for a Sheffield, which I'd read was the best brand, but I finally gave up and got this one, the brand name of which is something long etched on the base of the blade and now unintelligible. It does seem to get the job done, though it took me three passes. It was easier to use than I'd expected, and I didn't accidentally slit my throat. I think it may need sharpening, though, so I'm going to shop for a strop.

By the way, anyone who thinks I'm a square for going on about potatoes all the time, observe this bag I bought to-day; 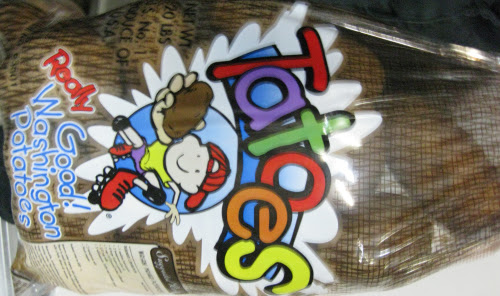 I am, as you can see, hip. The socially relevant young man pictured is even wearing a pair of those fabulous "rolling skates."

I've been getting these big bags from CostCo which are ultimately cheaper than buying individual potatoes from the regular grocery store, even though several go bad before I can finish the bag. When potatoes go bad, they do go bad prettily; 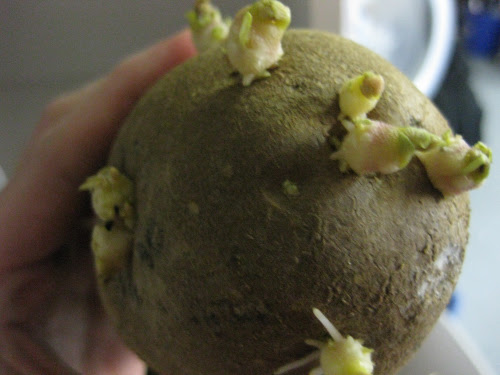 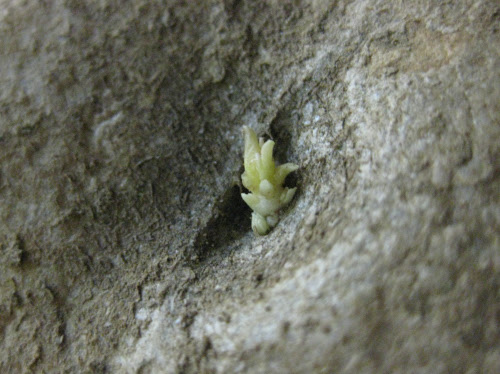 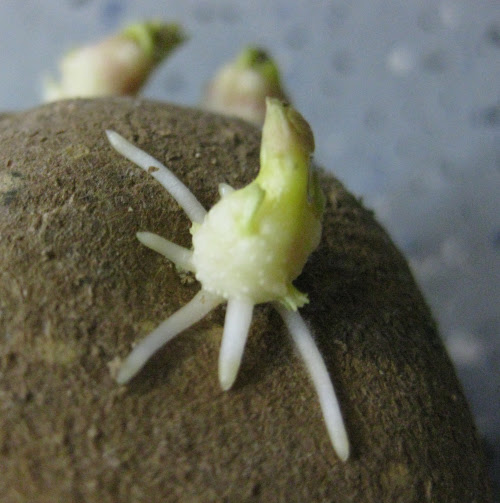 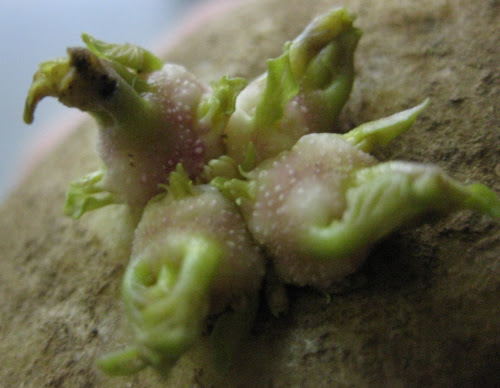 A dentist designs a "shoe chair" at home.
A barber makes a full tang straight razor.
Assassin salons sell a poison comb.
The Star Trek taser is called a "phaser."
Posted by Setsuled at 9:08 PM
Email ThisBlogThis!Share to TwitterShare to FacebookShare to Pinterest