I came across a sick bird in the grocery store parking lot to-day. Some people might find this video disturbing and distressing. I do;

I'm not really sure what was wrong with her. I think it was an infection of some kind, mainly because of the way she was rubbing her face against the ground, and this was why I was reluctant to touch her. But I suppose she might have been smacked in the head by a car. There's obviously a lot of blood on her beak.

I got her back on the umbrella again after the end of the video and I brought her back to that side area. I called wildlife control but was only able to leave a voice mail. I sat with her a long time, maybe fifteen minutes, trying decide what to do. I thought about trying to find a box behind the grocery store and taking the bird home, but I didn't know if she'd hurt herself more bouncing around the box.

Then she suddenly flew off my umbrella to the high branch of a tree. She'd been chirping in response to other birds in the area, and there was one with a bright red breast who'd landed a few feet away from her several times. After she flew into the tree, the red breasted bird came back with a couple others, and the injured bird joined them in eating some of the bread I'd tossed onto the ground that she'd ignored before. I saw the red breasted bird actually pecking at the injured bird's head, though. 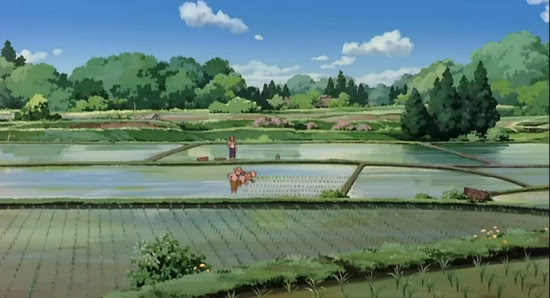 Last night I watched My Neighbour Totoro. Despite considering myself a big Hayao Miyazaki fan, I'd never seen My Neighbour Totoro--I bought a big set of Miyazaki films six or seven years ago, and the copy of Totoro on it was missing one of its channels on the Japanese audio track. 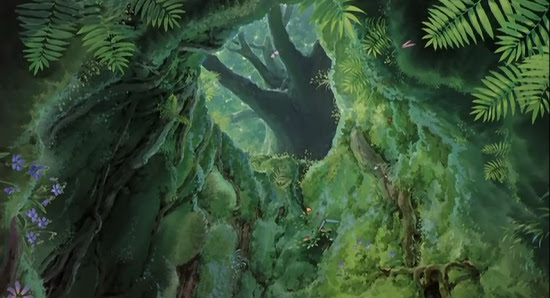 But My Neighbour Totoro kind of marks the beginning of Miyazaki's distinctive, abnormally placid films. Moving away from more typically plot oriented films like his Lupin films and Castle in the Sky, My Neighbour Totoro focuses more on establishing through beautiful, detailed backgrounds and animation filled with nuance an idyllic, every day reality where the supernatural coexists harmoniously with the natural.

There's some drama near the end about one of the little girls going missing, but no-one's actually in any danger. Instead, the movie is mainly just about kids getting to be somewhere wonderful and meeting strange creatures. 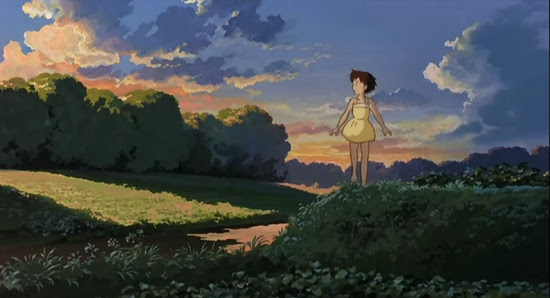 It feels like a stepping stone to some of Miyazaki's later works--every film after it, with the exception of Princess Mononoke, seems to gradually build up this atmosphere to find a thematic drive in the centre. But he's getting there by taking the scenic route.

This cat bus has to be one of the greatest things ever conceived of by a human mind; 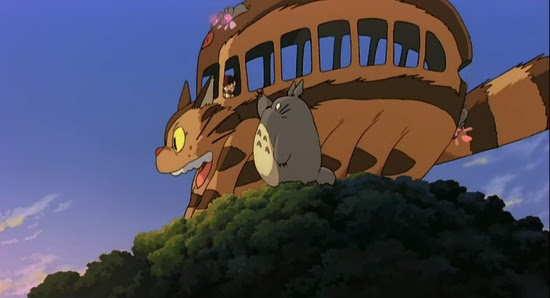 Reverse goals frustrate a blind mental case.
Green goop is a game's worst projectile.
Digital men age at a secret pace.
Nintendo was born of wet reptile.
Posted by Setsuled at 8:44 PM
Email ThisBlogThis!Share to TwitterShare to FacebookShare to Pinterest