The Castle of Sleeping Spiders 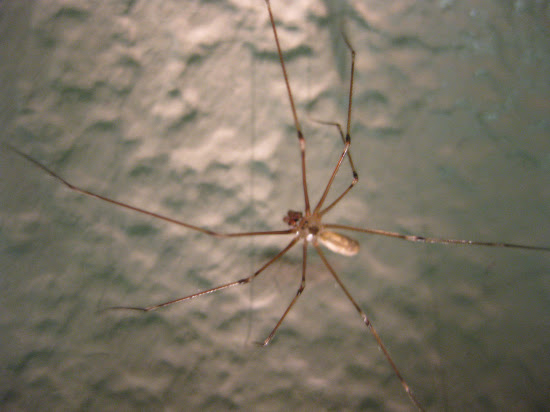 I didn't get enough sleep to-day thanks to a guy making noise outside my window. I only got up about an hour early, and I thought, "Seven hours, that's not too bad, I know lots of people who get by on less all the time." Not me. I'm just about totally useless--the problem with me on little sleep is that I can't seem to make decisions properly. Anything I planned yesterday, that goes relatively okay. I planned to go to the store, I planned to draw. No problem. But when I tried to decide half an hour ago whether to keep colouring or to start my blog entry, it took thirty minutes before I finalised the decision and started writing this. There was a lot of just blank staring and thinking, "Wait, what did I decide?"

I scrapped the first ending couplet for the Twitter sonnet because I didn't think it made enough sense. Yeah, that's right--on some level I think what I ended up with makes sense. Well, it has to do with birth and the cycle of life and, uh . . . I don't remember.

The white knight swings into mate position.
All part of Gary Cooper's audition.

Which had partly to do with me finally winning a chess game last night. It was the first time in exactly a week. My problem is I outthink myself. I was constantly losing my rook to that old trap where the guy puts his bishop between his pawns in front of his knight early in the game. Which means if you move your pawn on that path, you lose your rook, and if you move your bishop defending that pawn, you lose the pawn and the rook. I was constantly not exactly falling for this but falling for my own twisting thoughts.

I actually concentrated on my thought process a couple nights ago. It was a slightly different situation--the pawns were already developed, the rook wasn't even in that spot, and we were in one of those tangled standoffs involving the Queens, one of his knights and mine, one of my pawns, and so on. The thought process began with something like, "Well, I could move my rook to a1 to threaten his knight, but, oh, that leaves the rook open to the bishop. DON'T MOVE THERE. What else can I do? Er, I could move this piece here and maybe weakly start threatening this one spot, but that leaves my Queen in a slightly less useful position . . ." Two minutes later; ". . . or I could move my knight back here, which would be fine but wouldn't get me anywhere. What was my first idea again? Oh, yeah, I'll move my rook to threaten his knight." And the rest is oft repeated history. 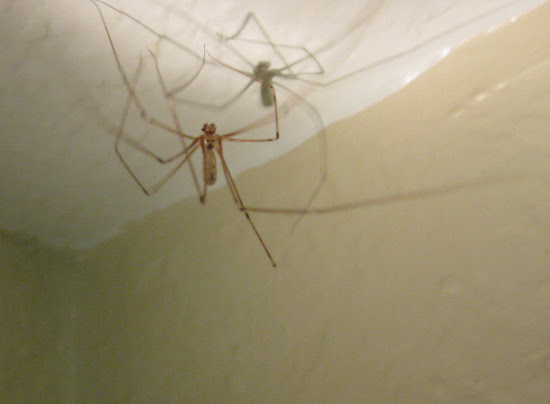 I usually capture them in an old CD spool and let them go outside, but this one was too big and fast. I finally let it stay, and it built a little web in the corner of the ceiling, where he's still sitting right now. I can see he hasn't caught anything in almost twenty-four hours, but I know he wasn't born as big as he is now. I suppose spiders and daddy-long-legs don't need a lot of energy, spending most of their time just waiting on the web, but the arachnids around here must be eating something.

I took a couple more pictures of the orange spiders outside last night. Two of them had built their webs extremely close to each other, and after about ten blurry pictures, I finally got over myself and turned the flash on because I had to get a picture of it; 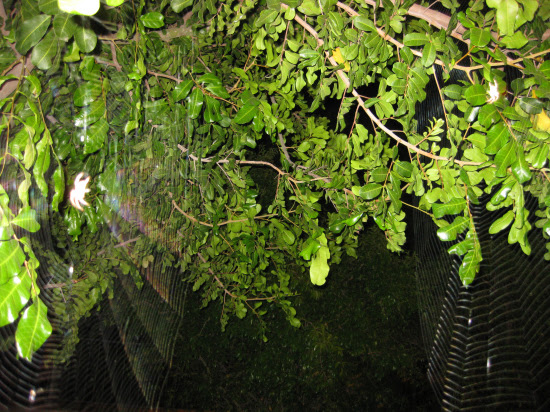 Posted by Setsuled at 8:55 PM
Email ThisBlogThis!Share to TwitterShare to FacebookShare to Pinterest