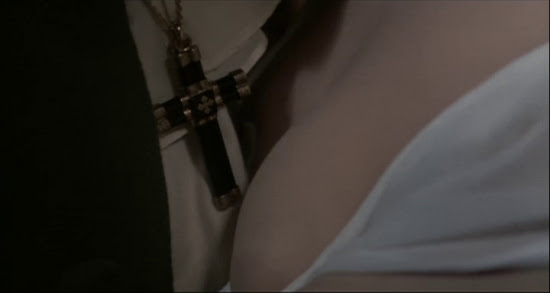 To be sure, there is a lot of silliness, like the guy in the cheesy grocery store Dracula costume who shows up inexplicably now and then just to smile or frown depending on how things are going for the vampires. There was a very cheesy--but very hot--bit where topless Ingrid Pitt chases a girl around a bed before they end up in each other's arms.

Yet, it's the really heartbreaking longing exhibited on Pitt's face that elevates the whole movie. 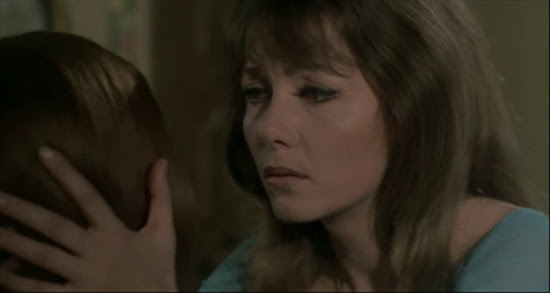 One feels compelled to contemplate her attraction to Emma, the girl, the second long term victim of the vampire Mircalla--Pitt's character. She seems to have three kinds of victims--beautiful girls she befriends and kills slowly, beautiful girls she makes out with and kills immediately, apparently just to sate her appetite, and guys who get in her way. 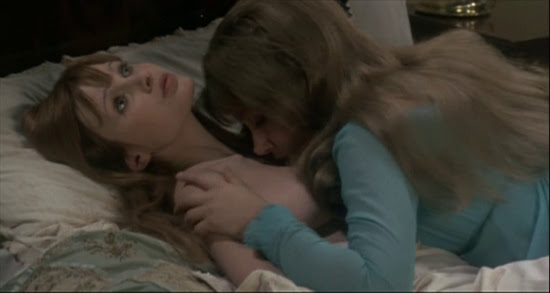 Emma is a sweet, pretty, kind of dopey kid. Beyond her prettiness, one wonders why Mircalla seems to be so into Emma, but I guess it emphasises the nature of Mircalla's relationship with humans. Her lust is her only connexion to humanity. In one of my favourite scenes, Mircalla shrinks from chanting priests in a nearby funeral procession, afraid and clearly angered by the spirit and philosophy behind the Christians. She begs Emma to hold her, even though Emma admires the beauty of the procession. In her innocence, she doesn't know to hate Mircalla for existing in antithesis to Christ. And Mircalla clings to Emma despite knowing the shallowness of her sympathy--Mircalla needs a connexion, and the absence of hate in a beautiful body is as good as it gets.

Mircalla is by far the most sympathetic character in the movie--I never for a moment wanted the "good guys" to win. When she's hunted to her coffin at the end, it's a bunch of men with their righteous phalluses there to punish the sinful woman, who seems especially vulnerable--Pitt spends most of the movie in a totally see-through white gown without underwear. Really, thank you, Ingrid Pitt. You were a terrific lady. 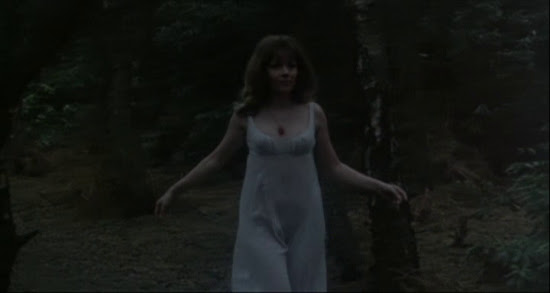 I caught a few things Francis Coppola used for his Dracula movie, including the bedroom scenes where Mircalla's first long term victim is mounted by a shadowy giant cat, reminding me strongly of Dracula's wolf form finishing off Lucy. I'm starting to compile quite a list of movies with things Coppola unmistakeably took for his Dracula film;

1) The spring action coffin rise from Nosferatu.
2) The independent shadow from Vampyr.
3) Conrad Veidt's performance from The Thief of Bagdad--most noticeably the moment when Veidt calls, "Winds!"
4) Tears turning into diamonds from Cocteau's Belle et la Bete.
5) The sideways falling from Cocteau's Orphee.

I feel like I'll probably find out about more.