The Life of a Smile 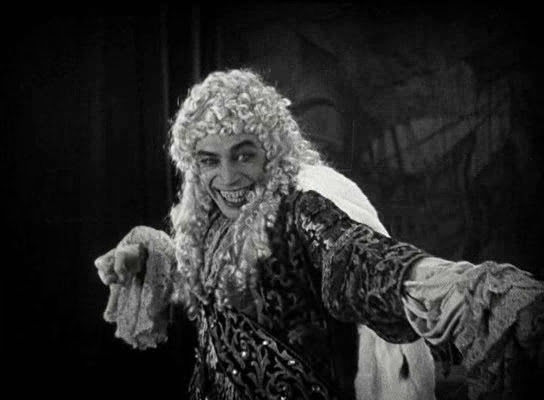 People with facial features that seem to give them an expression at all times--like Humphrey Bogart's sad eyebrows or Abe Vigoda's perpetual frown--make me wonder if the impression they make on others creates a sort of feedback loop. People reflexively taking Bogart as sad may have made him sadder than he might otherwise have been. By that rationale, Gwynplaine of The Man Who Laughs would've been a very happy fellow, though in the story he's miserable and this take seems to have a great deal of credibility. 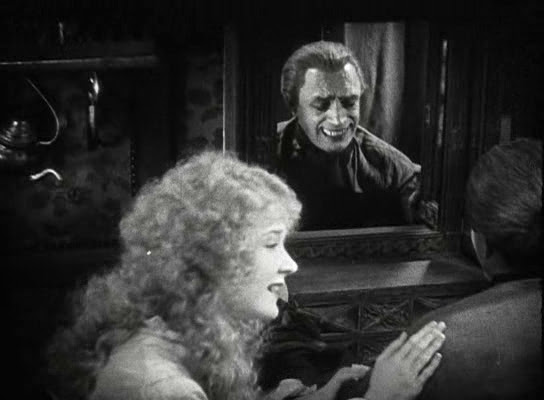 Made in 1928, it's mainly a silent film, though it uses some early sound technology and does have its own soundtrack, including a song with vocals, but none of the actors speak. Conrad Veidt plays Gwynplaine, who's scarred as a child at the command of James II for the actions of his father, a duke. The novel upon which the film's based has Gwynplaine's face slashed through the cheeks like the Joker in The Dark Knight, but Veidt, whose image in The Man Who Laughs inspired the Joker's look as he originally appeared in the comics, portrays the wound as an actual, perpetual smile, as though the wound caused the muscles to freeze somehow. 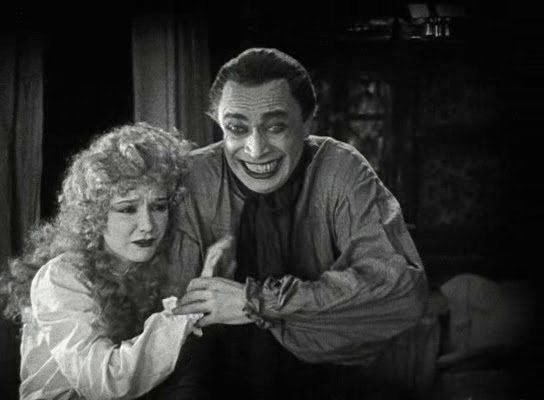 It's rather effective, especially as Veidt's teeth are sort of gruesome, long, thin and curved. Having them constantly bare along with the ambiguity it lends to Gwynplaine's emotions gives his face the quality of a bare skull, which probably captures better what is disturbing about a Glasgow smile than makeup effects of the time could have. There's also the sense that the wound may be as much psychological as physical.

I was surprised how much of the movie is devoted to the hedonistic Duchess Josiana, though. Not that I'm complaining. She has Gwynplaine brought to her room at one point and touching his deformity causes her to swoon. I love it. 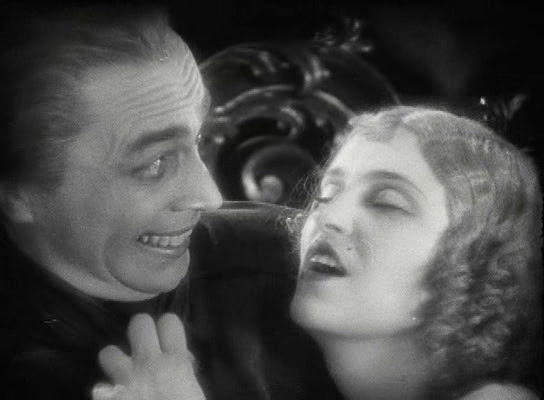 Posted by Setsuled at 7:01 PM
Email ThisBlogThis!Share to TwitterShare to FacebookShare to Pinterest