I don't tend to be frightened by horror movies, but I have a hard time believing anyone was ever frightened by Poltergeist. I mean, it's just so damned whimsical.

Boy, that 80s era Spielberg blue screen sure makes me feel nostalgic. Though this particular Spielberg film isn't one stamped on my subconscious the way the Indiana Jones movies are--last night was only the second time I'd ever watched Poltergeist. The first time was when I was a kid, maybe even in the 80s. I don't think it scared me then, either, but I wouldn't say it's really a bad film. It has Spielberg's typical quirky yet rather credible cast of characters. Characters who are allowed to be smart--one of my favourite bits was when Craig T. Nelson flippantly tests Tangina, the new medium, by answering her question by projecting his thought, and she surprises him by actually hearing his thought.

But my favourite part of the movie was the last twenty minutes or so, when we're abruptly treated to an almost non-stop JoBeth Williams fan service sequence. The lady had great legs--I don't know, maybe she still does. But it starts when she gets naked to take a bath in the security of a home Tangina had promised was clean. But it turns out her vangina--I mean, vagina--isn't safe when the ghost tries to lift up her shirt.

Which sort of proves the movie's about restless spirits and not Carol Anne's poltergeist. Unless that kid had some really weird issues.

The climax of the movie for me is JoBeth rolling around, practically naked, in the mud with a bunch of, from what I hear, real corpses.

Also, I was digging Dominique Dunne as the somewhat unconventionally cute daughter, especially when she was being a smartass. 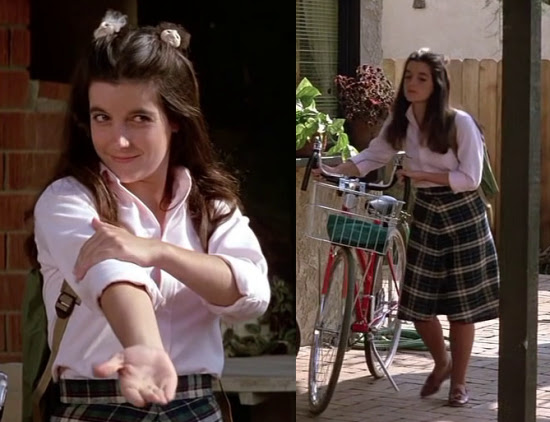 And then I read she was strangled to death by an ex-boyfriend just after Poltergeist was released. What the fuck is wrong with people?
Posted by Setsuled at 5:49 PM
Email ThisBlogThis!Share to TwitterShare to FacebookShare to Pinterest