"I Wouldn't Ask Any Woman to Do Anything"

I drank a great deal of bourbon last night while watching Only Angels Have Wings. I don't normally like to drink on Thursday nights, since I get out of class so late there's only a few hours before I need to go to sleep, and I don't like to drink after dinner because booze makes me hungry. But there was so much bourbon getting put away onscreen I couldn't resist. 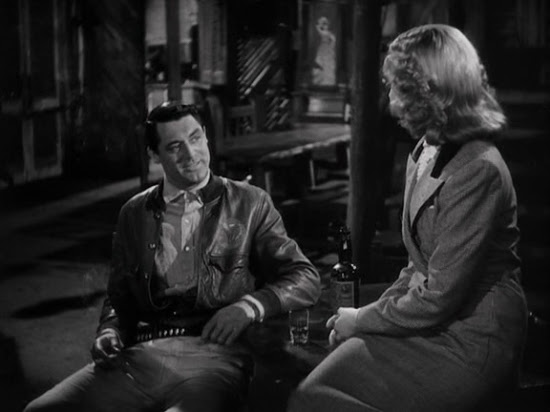 I wonder how many South American cargo plane operations nowadays have such busy bars.

I hadn't watched the movie in seven years, and I couldn't remember much about it aside from the absurd hat Cary Grant wears at the beginning of the movie. 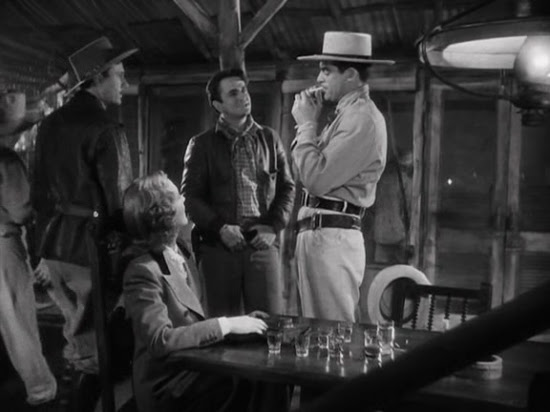 I appreciated it a lot more this time (the movie, not the hat. Though I do actually kind of dig the hat now). It's the typical setup of women staying behind and worrying about their men going off and facing death all the time, though it didn't have the nastiness of such stories in the 1960s, like Madigan, which couldn't seem to give us this story without portraying the women as resentful harpies. We're given a much more sympathetic take on Jean Arthur's character in Only Angels Have Wings, who tries in an understandably stunned way to assimilate the pilots' means of coping with the recent death of a comrade by continuing to drink and party like normal. Getting over her initial reaction, she actually appreciates the lack of sentimentality until Grant tries to offer her one of the dead man's belongings. 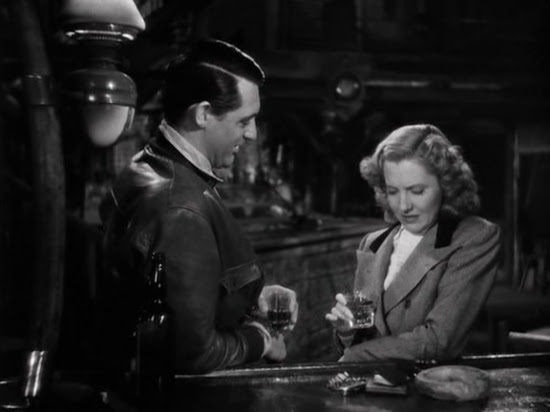 "Say, somebody must have given you an awful beating once," she says to him before giving the bracelet to the dead man's girlfriend.

Unlike later films of the type, the movie takes the time to probe the effects on the man's psychology. His choice of lifestyle creates conflict with the natural desires of his lover, a fact that's made him deeply resentful and unable to trust women at all. As in Notorious, it's Grant's ability to give a layered performance that really sells this. This understated pain gives the movie reality even more than the actually very effective shots of planes in flight, landing, or crashing.