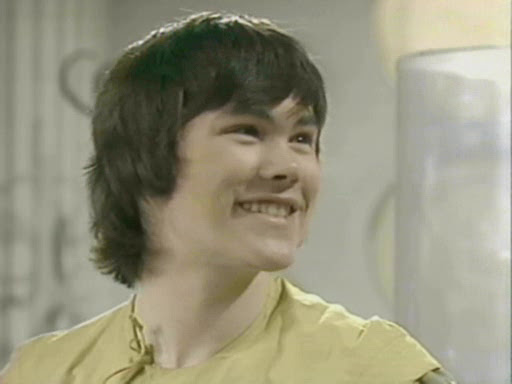 I'm so glad Adric's finally dead. I'd heard some time ago that Adric was to die at some point--though I hate spoilers, some are unavoidable. He has by far been my least favourite companion on Doctor Who. He seemed so sloppily put together, and when he started taking initiative late in his tenure, it was annoying because I felt like he hadn't earned the right. He was just too blank. He started out as just "The Boy" before at some point they decided he was a math wiz. And since I recently watched the two surviving episodes of The Wheel In Space, it seemed to me like Adric was robbing Zoe, a companion of the Second Doctor, of this distinguishing characteristic. And I won't stand for that. Zoe was the math wiz first, had that trait from the beginning, and was much cuter than Adric to boot. 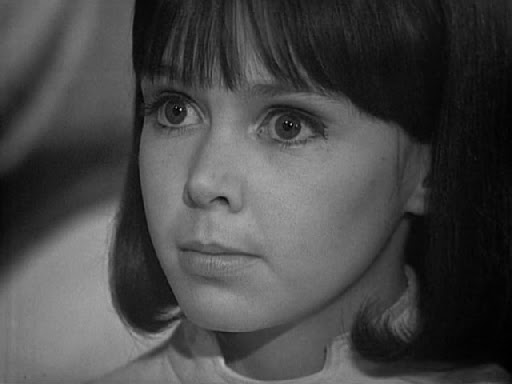 Otherwise, "Earthshock" was an exceptionally good serial. The Cybermen are really menacing and I love the feeling of boundless movement as the characters move from a story in a mine to a story in a cargo spaceship haplessly threatening Earth. And even though I didn't like Adric, I appreciated the way he died not being a hero, just trying to be one. I can tell the show runners hoped to raise the stakes by having a companion die, and it worked. Though a similar mindset was probably also behind the destruction of the sonic screwdriver in "The Visitation". I read on Wikipedia it was because the producer felt it was too easy for the Doctor to unlock doors. Which, to me, is sort of like saying the TARDIS makes it too easy for the Doctor to travel through time or his legs make it too easy for him to walk. If you don't want him travelling through time, make something go wrong with the TARDIS, if you don't want him to walk, paralyse or restrain his legs, and if you don't want the sonic screwdriver unlocking a particular door, make it impossible somehow. It was done on many occasions. There's no limit to what you can do when your job is to make shit up. 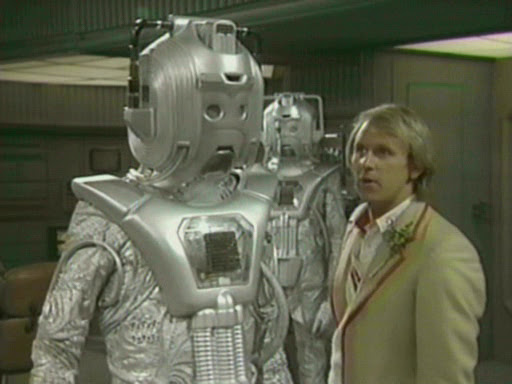 It's starting to bug me how similar the Cybermen are to the Borg. Even the name--it's like each one took a different part of the word "cyborg". I think originality is overrated--every good show or movie took at least one or two things from something that came before. But the Borg are so exactly like the Cybermen the term I want to use is "rip off". I feel pretty certain the Borg wouldn't have come into existence if Doctor Who had been better known at the time in America. Even the Doctor's reasoning as to why human emotions are an advantage--that they enrich life--is better than Picard's when the question was put to him--he didn't even explain why human emotions were a strength.

But Star Trek: The Next Generation is the one I grew up with. I feel sort of like I found out one of my favourite grade school teachers had a money laundering scheme on the side.

Here are a couple screenshots I forgot to post from the mermaid section of Second Life's Fantasy Faire; 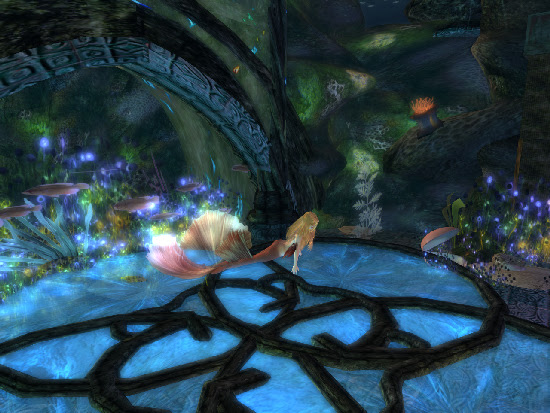 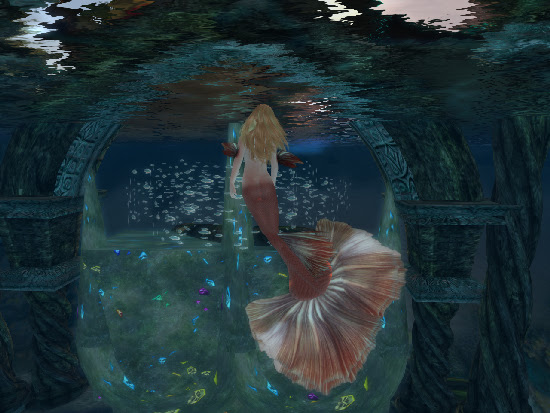