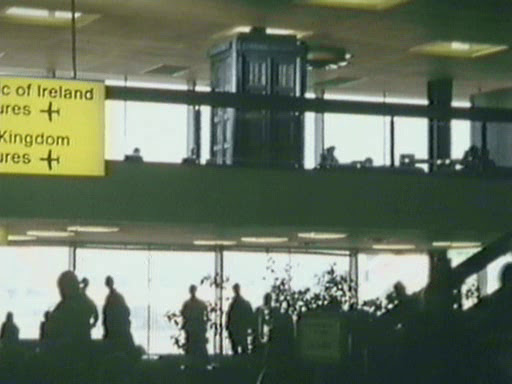 There were a couple things I liked about "Time Flight", the Doctor Who serial, and a whole lot of things I thought were incredibly stupid. I liked the use of the concordes and the creepy, Bermuda triangle vanishing effect, pilots and crew wandering around in hallucinations millions of years ago. I liked how parts of the TARDIS console looked exactly like motherboards, and sound and video cards from a modern computer. 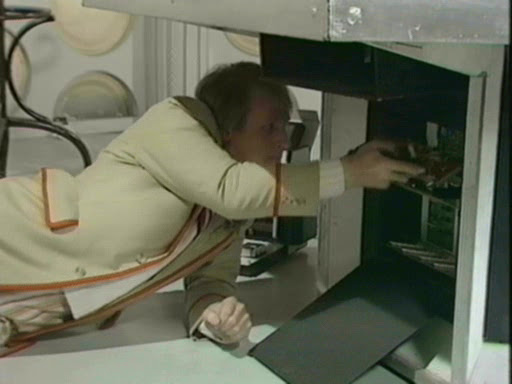 But, as usual, the Master made things really stupid. It's never explained why he decided to pretend he was some kind of djinn, even when he's by himself. The cliff-hanger line of the Doctor's at the end of the third episode is one of the most cringeworthy in the series, "It means the Master has finally defeated me!" Really, that's what you're thinking about? Not about the hostages on the Master's TARDIS, or the entire race of aliens the Master has in some kind of squishy orange console to harness them for power or something? I'd love to see what kind of hobbies the Master has. Can't they give him something to give him just a little bit of depth? Anything, so that maybe I can hate him for reasons other than the fact that he's a blank, cackling waste of space?

Speaking of lousy villains, I've been enjoying all the negative reviews of the new Atlas Shrugged movie in theatres now, particularly Massawyrm's review;

. . . when a film comes along and paints liberals as sinister cigar smoking fat cats, feasting on opulent dinners and in all ways acting like Libertarian corporatists until the revelation that their dirty backroom politics are for the good of “the people” and “the nation” and they won’t seemingly be getting much real gain out of it at all…I have to wonder: what the fuck were they thinking? Who seriously believes this shit? The only people who think that there really are a group of people out there who are altruistically evil are only going to see this if their meds don’t knock them out too early and the home their kids abandoned them in has a shuttle service.

Altruistically evil. What a perfect way to describe the perennial bogeyman of the Right Wing.
Posted by Setsuled at 5:38 PM
Email ThisBlogThis!Share to TwitterShare to FacebookShare to Pinterest