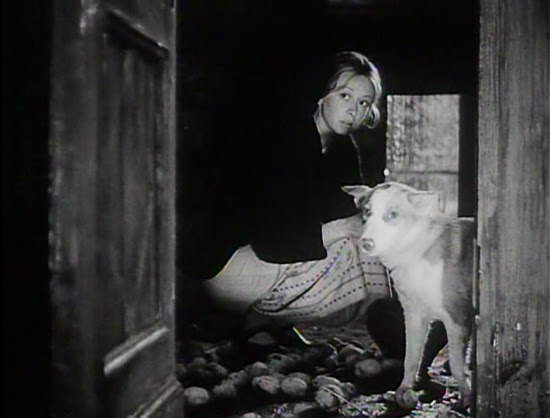 Before last night, I didn't think I'd ever seen The Mirror, Andrei Tarkovsky's 1975 film. But intense deja vu came over me as I watched it last night. Try as I might, I couldn't think of when and how I saw it before. Which is oddly appropriate, as it's a movie about memory, along with the sensual diversity of life and the strange bits of impressions that make the building blocks of human personalities.

Tarkovsky accomplishes this with a lot of unbroken shots as the camera moves between waypoints of what would have been brilliant static shots. In these strings of film, they're breathtaking and serve to emphasis a strange ghostliness of memory, as in this ingenious shot;

Small things like the bottle falling mixed mysteriously with things like a burning house. There's slow motion footage of foliage, and a great scene of a woman washing her hair and the ceiling falling apart. Now and then, the voice of Tarkovsky's father can be heard reading poetry coupled with imagery that's often only related in an abstract way. One poem refers to things "words cannot repair" which is coupled with a scene of Alexei's mother going to her printing press workplace to check proofs because she's afraid there's a misprint in a published book, only to find that what she'd taken as a misprint was simply a word that she couldn't believe was used--we're not told what this word was.

Many scenes seem to be shot directly from Alexei's POV, suggesting perhaps the entire film is itself the mirror into which Alexei peers, the jumbled memories and sensations a reflection of his current personality in his face. 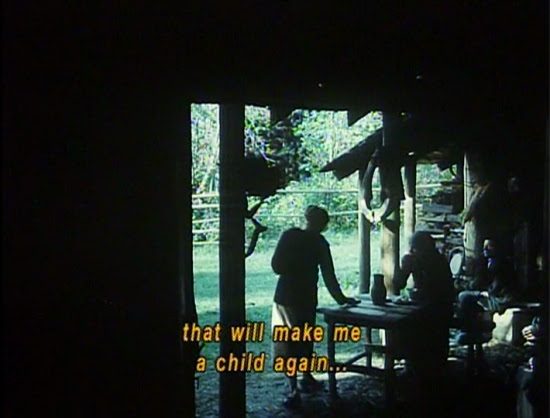 The movie begins with a hypnotist apparently curing a young man of his stutter by planting the suggestion that she was drawing all the tension out of him through his hands. This scene seems to provide the motive for the rest of the movie, as if to show that this problem of common human madness can be solved. 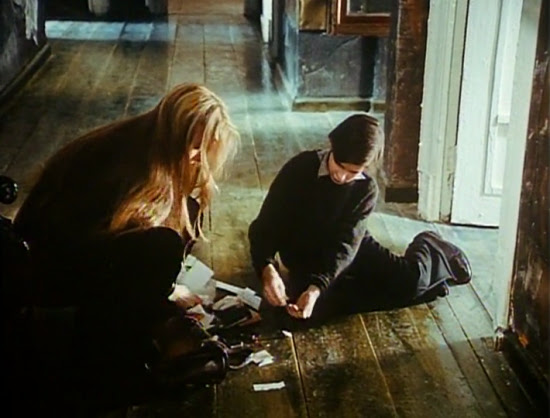 Tired of arguing with his mother, Alexei says to her over the phone, "If I'm to blame, I'm sorry," upon which his mother hangs up on him. His mother in his memory and his ex-wife in the present are both played by the beautiful Margarita Terekhova, who also, as Tarkovsky points out blatantly with visual juxtaposition, resembles da Vinci's Ginevra de' Benci. 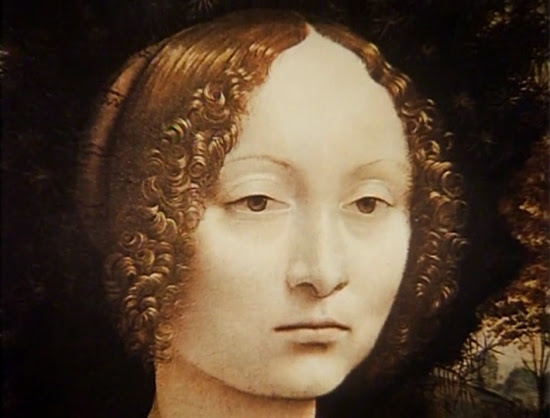 She seems to represent the perennially longed for and yet unreachable woman, tied also to a childhood Alexei longs for when, as he says, life seemed open to possibilities. His present life, in his run down old home, seems much narrower than the memories shown of the forest he grew up in, where Tarkovsky's palette seems to borrow its soft darks from da Vinci along with the halos shots often give to Alexei's mother. 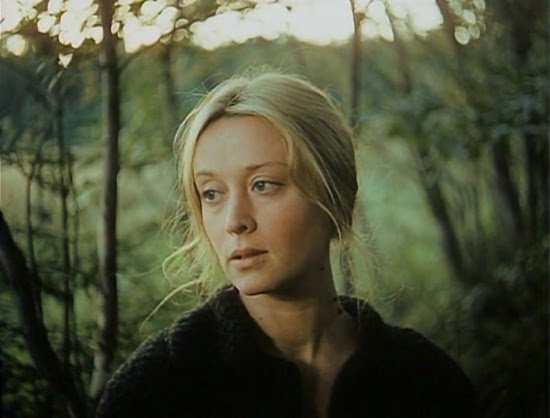