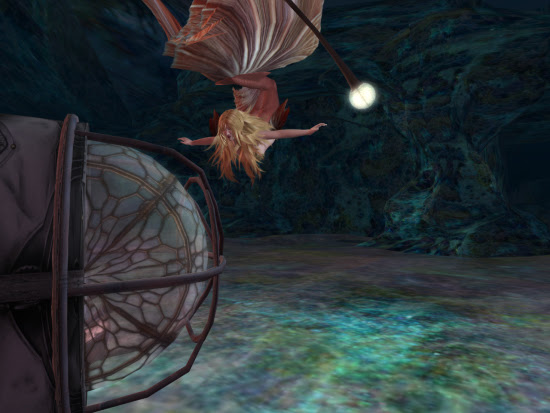 My anthropology teacher last night told the class that he had accomplished astral projection. And he wasn't joking.

Moving into the subject of magic and religion in various cultures, he talked about how they functioned, how they were means by which human beings attempted to control things in the universe they otherwise had no means of controlling. Then he asked if we wanted to know how to do real magic.

He told us about an author named Ophile, but warned us not to try anything in his books unless we really wanted it to happen. All this takes some of the kick out of when he makes fun of Republican presidential nominees for being creationists.

He talked about the anthropological perspective on supernatural beings, too, and said they come in one of three varieties; 1. Major deities 2. Ancestral spirits/saints 3. Non-human spirits. As I happened to be doodling a mermaid in my notebook at the time, I sort of wondered where mermaids fit into that list.

I was really into mermaids as a kid, which is probably why I've been getting such a kick out of the new mermaid tail and animation override I got in Second Life about a week ago; 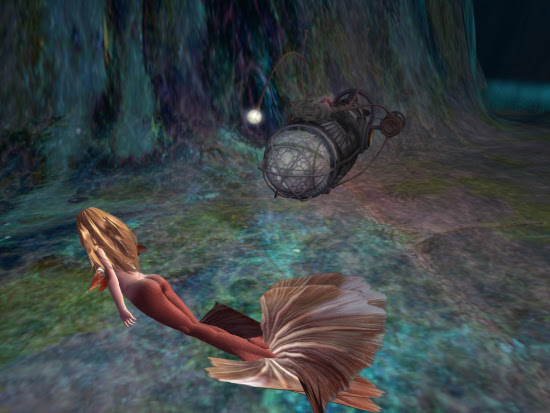 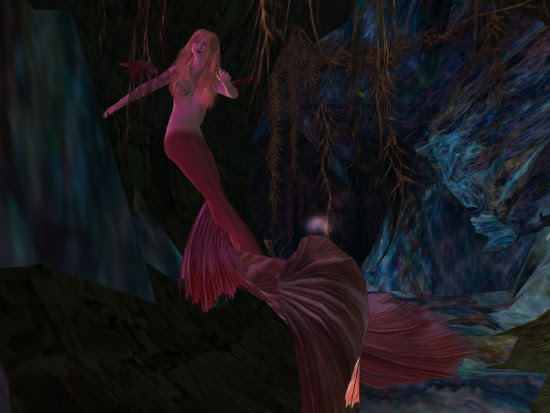 I found there are actually a lot of underwater places to explore in Second Life, including the very impressive Blake Sea which, being several connected sims, actually feels sort of like a sea, with a surprising amount of detail in the underwater areas considering the Blake Sea is apparently mainly devoted to boating. I liked this partially submerged plane I was able to explore; 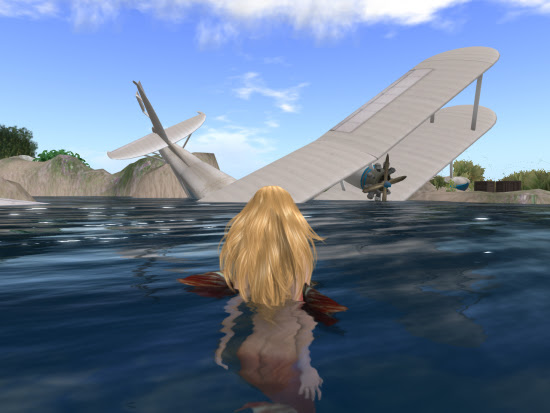 Which had me wondering, why hasn't anyone made a good mermaid video game? Or maybe someone has and I just don't know about it. The last good one I remember playing was the one for the original Nintendo system based on the Disney Little Mermaid movie. Unlike most games based on films, then and to-day, it wasn't a lazy, cynical exploitation. It wasn't a really great game, but it had great physics. They borrowed liberally from Super Mario Brothers 2 and Bubble Bobble, but I loved how you could catch items you threw if you were fast enough, I loved how you could swim at two different speeds, and I loved how you could flop around outside the water.

I thought this review/walkthrough was kind of funny;

I love someone reviewing a Disney game saying something like, "Listen to what I'm saying here, a fucking fish disguised as a ghost." 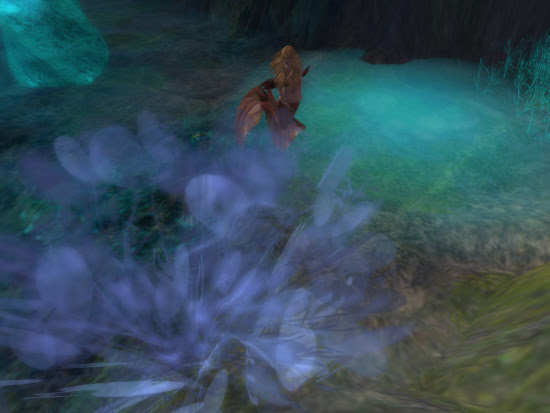