The Semblance of Flesh 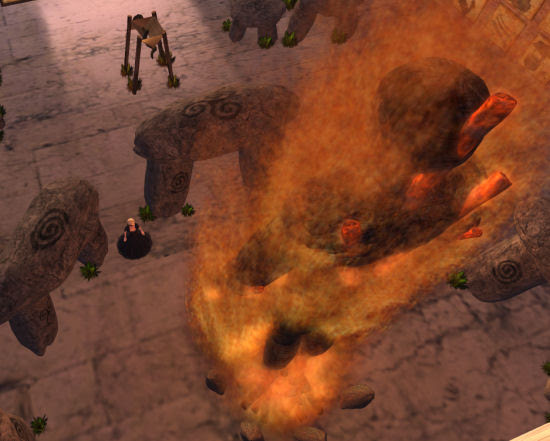 You may all rest easy now, for it seems Natalie Portman's butt is indeed seen in Your Highness. Though I, unlike the author of the article, don't discount the possibility of Portman's face digitally attached to another actress willing to show butt. A "Natalie Portmanteau" if you will.

In any case, I'm starting to look forward to this Your Highness movie, despite the fact that I think James Franco and Natalie Portman are the two blandest actors working to-day. Last week, Howard Stern compared Your Highness to Ghostbusters in a way that really piqued my interest, saying that despite the fact that it is a comedy it does take its own world somewhat seriously. So it's more Princess Bride than Men in Tights.

You know I'm a big fan of fantasy that's comfortable with itself and with sex. I love how the villain's ritual to obtain power by having sex with a virgin is called "the Fuckening." There's something Monty Python-ish about that, calling some self-important traditional or mystical whatsit by a name that suggests the puerile thing it actually is. 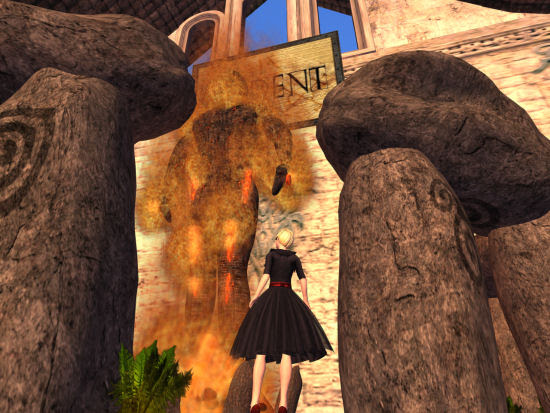 The person or people who made it may have meant it to be a reference to the Burning Man festival but I recognise the Wicker Man when I see him.
Posted by Setsuled at 4:30 PM
Email ThisBlogThis!Share to TwitterShare to FacebookShare to Pinterest