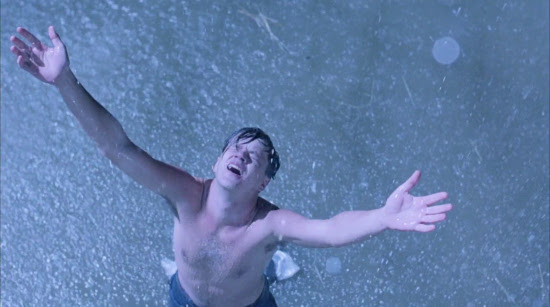 In 1966, Andy Dufresne escaped from one of the cleanest prisons ever seen. It's funny, narrator Red (Morgan Freeman) says early in 1994's The Shawshank Redemption the story he's about to tell us isn't a fairy tale. Despite the fact that Freeman tells us this during a rape scene, a fairy tale is exactly what the movie ends up being, and a pretty lightweight one at that. It's a satisfying film in a very easy way--it's almost junk food.

I read the Stephen King story the movie's based on--Rita Hayworth and the Shawshank Redemption four years ago so I don't quite remember all the differences between story and movie, but I remember the story being a similar easy bit of fun told through Stephen King's peculiar voice. There's pretty much nothing peculiar about director Frank Darabont and the movie he delivers feels so remarkably plain. 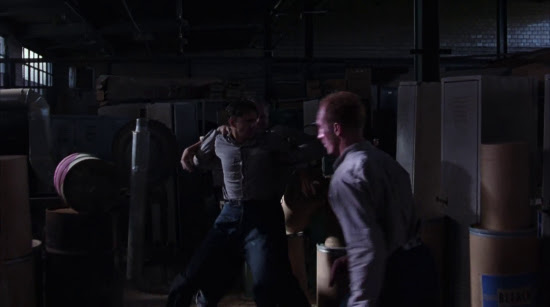 As I said, Shawshank prison looks like one of the cleanest prisons I've ever seen, most of the sets look like they were built yesterday, contrasting rather sharply with shots on location at an old prison. Everyone's clothes look brand new, have no stains, hair and skin perfect, and the lighting is a study in the blandest text book movie lighting. 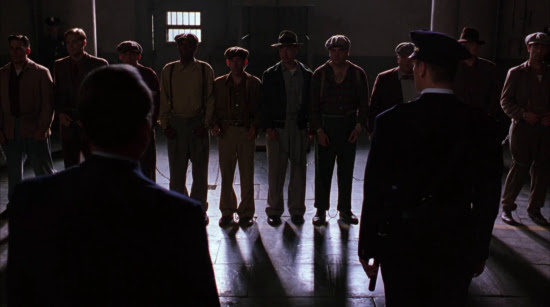 And I feel like the instructions Darabont gave the casting director were simply, "safe and friendly." Every guy in this movie looks like the nicest guy in the world. The funniest is Gil Bellows, the nice guy lawyer from Ally McBeal, as some sort of greaser. 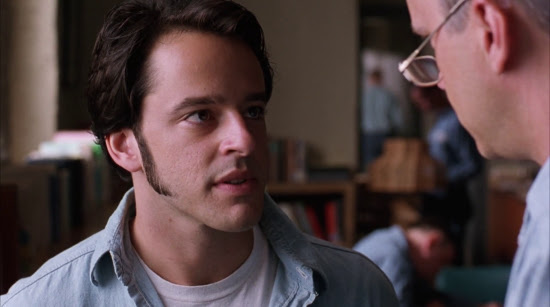 This is a reflection of how the movie stacks the deck generally--Not only is Andy a nice guy, he's imprisoned for a crime he didn't commit, he's abused, and he goes out of his way to help everybody. There was little moral ambiguity in this story to begin with and Darabont flattens it even more. But not all of Darabont's contributions amounted to basically padding--I liked the presence of James Whitmore, though Darabont obviously tripped over himself writing lines for, according to Wikipedia, his favourite character actor. 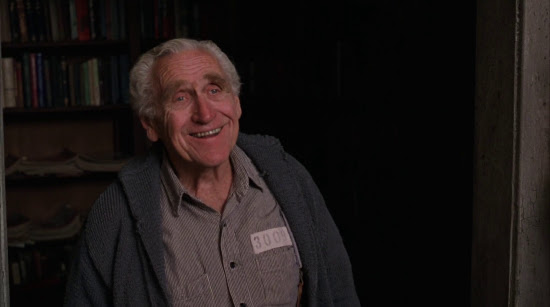 When Andy is assigned to work as Whitmore's assistant in the library, Whitmore is made to remark, "Ain't that a kick in the head?"

But neither is this movie a kick in the head. More like a brief, gentle pat on the head.