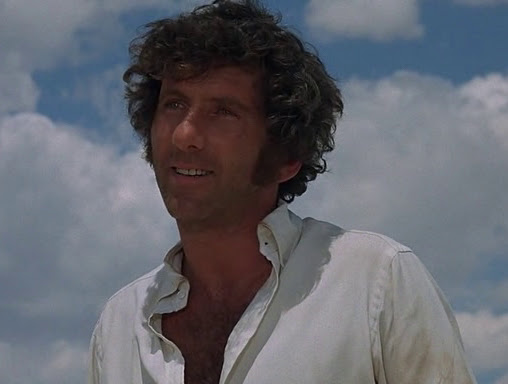 Kowalski kind of looks like a young Jon Pertwee to me. He's got the same big, round nose, masculine physique and full head of hair. It's that 70s look I think of has muscular Rankin Bass. It's one of many things that marks 1971's Vanishing Point as a distinctly 70s film. That and the totally unnecessary nudity--two things I really dig about the movie. It's also got some of the best car chases I've ever seen as well as some truly beautiful compositions. I have some problems with the movie's politics--it is a bit of a polemic--but on the whole I love the film.

It's actually kind of a hippie Rambo. It's about one man--in this case being a former cop and race car driver in addition to being a Vietnam vet--disillusioned with how the American government works, and the movie shows government forces systematically working to destroy him and all freedom loving people everywhere. At one point a cop rather cartoonishly calls him a "freedom fag". Instead of a society that doesn't appreciate Rambo and isolates him, Kowalski is part of society of repressed peoples that includes drug dealers, hermits, and, apparently, all black people. One rather ugly scene shows a group of racist white cops brutally beating a blind black disk jockey. 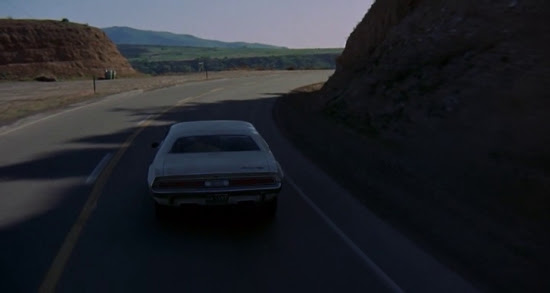 So there's not a whole lot of moral ambiguity in this movie. Every cop is a scumbag, and every black person and hippie just wants peace and love (and no, I didn't see any black hippies). There's a lame scene where Kowalski picks up a gay couple who try to rob him at gunpoint. They seem rather hastily and broadly written, as though director Richard Sarafian felt he had to touch on the issue of homosexuality but the scene just seems to imply a reflexive homophobia he has no particular interest in exploring despite the fact that he senses on some level that homophobia is in opposition to his basic philosophy of peace and love. Kowalski himself isn't portrayed as hating the couple for being gay. Instead, one of the couple tries to insinuate Kowalski hates them for it. In this way, it's in line with the movie's shifting of all the blame for everything Sarafian dislikes to the opposing team. 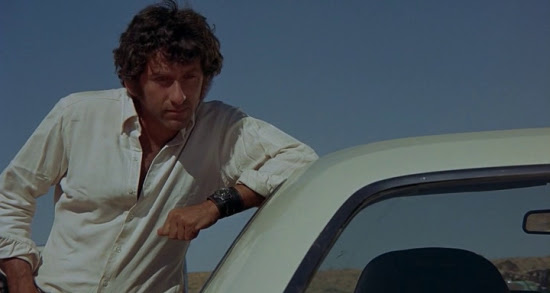 Kowalski's a pretty cool cat to watch, though, possibly because he just presents style and attitude while everyone else commits to opinions and beliefs. The movie begins with him getting a job to deliver the famous white Dodge Challenger, driving it from Denver to San Francisco. He makes a bet with his speed dealer Friday night that he'll be in Frisco by three o'clock on Saturday. This is the only motivation given for the fact that he decides to lead cops on a wonderfully shot, incredible chase across several states*. I rather appreciate a story about a guy just doing something big and weird because he feels like it. Also, at one point he comes across a girl riding a motorcycle naked for, really, no reason at all. 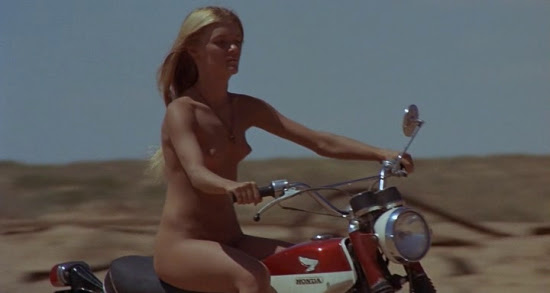 It seems like it would be too dangerous to be fun, but actress Gilda Texter manages to look like she's having a good time. I think the 70s were about celebrating guys with big noses and girls with small noses. Perhaps the 70s had an unrivalled social psychological association between noses and genitalia. 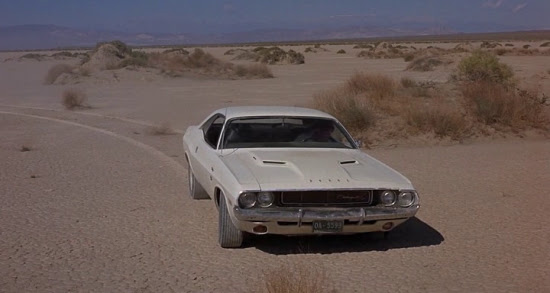 *I'd like to point out I made it from San Diego to Seattle once in almost precisely twenty four hours, stopping three times for food, more than I probably needed to for gas, and without ever once exceeding the speed.