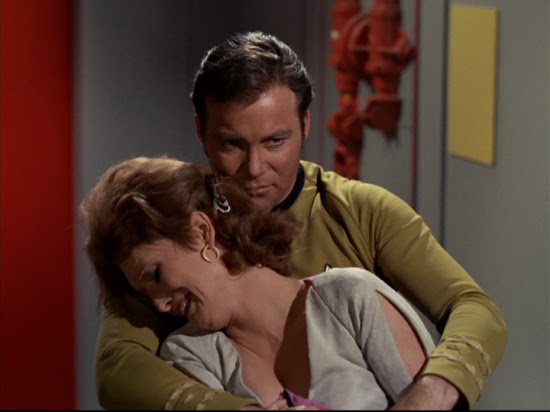 There are several reasons why "Turnabout Intruder" isn't a very good final episode of Star Trek. It wasn't conceived as a final episode--NBC pulled the rug out from under the cast and crew two episodes shy of finishing the third season. So it doesn't feel like a last episode. It's also a sad legacy in that the plot is about how women aren't fit to be in charge of starships. One could say it's a product of its time, but I feel like by 1968 people ought to have gotten past the idea that women are completely dominated and infantilised by their emotions. Particularly a show like Star Trek, which aimed to be socially progressive.

In the Memory Alpha Star Trek wiki entry for this episode, there's this amusing note;

Lester's line, "Your world of starship captains doesn't admit women", was taken by some to mean that women could not yet become starship captains by this time. This was later disproved by the introduction of Captain Erika Hernandez in ENT: "Home". A female captain would also appear 17 years later on the bridge of the USS Saratoga in Star Trek IV: The Voyage Home, and of course Captain Kathryn Janeway would take command of the USS Voyager on Star Trek: Voyager, 102 years after this episode takes place.

Taken by some to mean women couldn't be starship captains? I guess the rest didn't speak English. It's so funny watching Trekkies trying madly to get everything to fit into continuity. Personally, I'd rather accept a sexist starfleet than accept Enterprise as canon.

The plot involves Kirk's resentful ex-girlfriend from the academy switching bodies with him and trying to take control of the Enterprise, but of course her womanness causes her to burn with rage when Spock or anyone else questions her orders. This, and Shatner's rather broad (pardon the pun) performance makes it a little silly that it takes everyone so long to realise there's something wrong with Kirk. 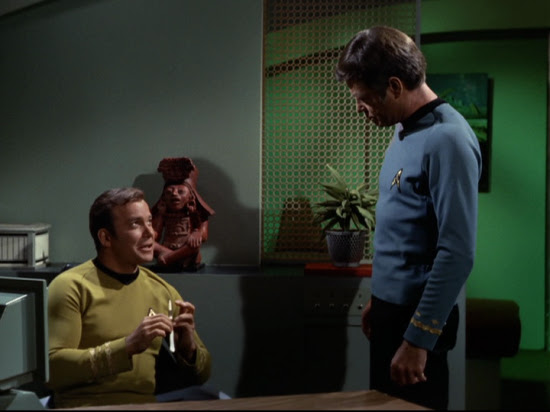 Though I will say watching Shatner do his lady impression provided some delightful camp.

So that's Star Trek: The Original Series. At it's best, a series of intelligent ideas delivered by good performances of endearing characters with terrific chemistry. The Kirk/Spock/McCoy triangle that reaches its peak at the latter portion of the second season is wonderfully natural and engaging, while it's the first season that has some of the best concept episodes ("The Enemy Within", "The City on the Edge of Forever"). Season three isn't without value just for sheer silliness.

To anyone who thinks Abraham Lincoln: Vampire Hunter is a silly idea, I invite you to contemplate this screenshot from "The Savage Curtain"; 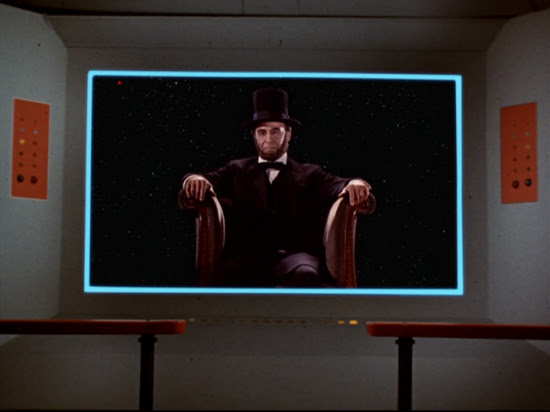