Nowhere to Go, No Car to Get There 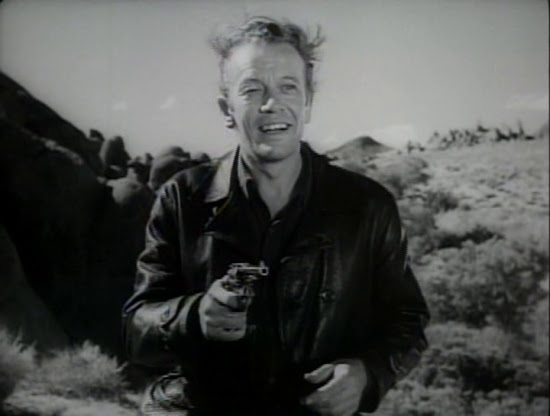 Stripped of the presumption that men control reality, in 1953's The Hitch-Hiker, a movie devoid of female characters, director Ida Lupino seems to look down on this chaotic, dangerous world like a malevolent goddess. It's a well made illustration of just how treacherous and fragile life can be.

The story's loosely based on the exploits of a real serial killer/car thief--in the movie, we follow two guys who've told their wives they're going to the mountains for some fishing but are really on their way to Mexico for "dames"--they talk about clubs with female performers, but one suspects they wouldn't go to another country just to look. One could say it's the vengeance of heaven that brings psychopath Emmett Myers into their lives, who has them drive him deep into Mexico at gun point. But it has that quality of good horror and films noir where people get just a bit more punishment than they actually deserve. 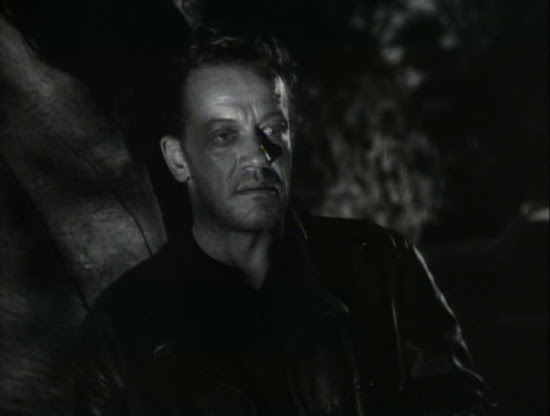 Lupino found a guy who looks like a really menacing creep to play Myers. Of the two guys he kidnaps, Roy and Gilbert, Myers observes Gilbert must be the smarter one since he's a draftsman and Roy's a mechanic. Standard movie logic would go and prove Myers wrong, but we see Gilbert as the closest to being a strong character in the film just for doing as little as possible, wisely knowing there's nothing he can do in this cruel reality so he weathers the storm. Roy's played by Edmond O'Brien, the annoying, smug, two dimensional cop from White Heat, and it was sort of satisfying seeing him as the guy who loses his shit. 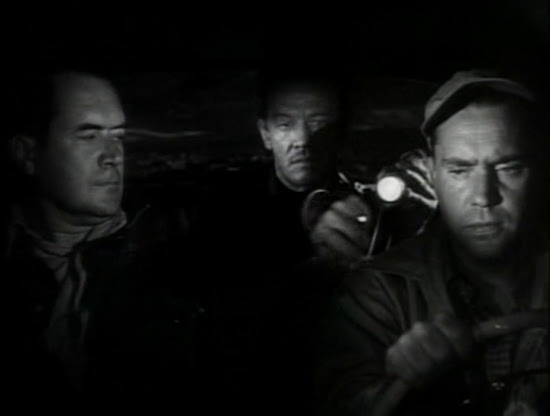 There's a lot of location shooting in Mexican deserts and actors who speak Spanish like their native language. Combined with the harsh noir shadows, this movie has all the credible and oppressive characteristics to go with its plot about a nervous, unstable world.

Posted by Setsuled at 12:42 PM
Email ThisBlogThis!Share to TwitterShare to FacebookShare to Pinterest