How to Operate a Steamboat in a Windstorm without Assistance 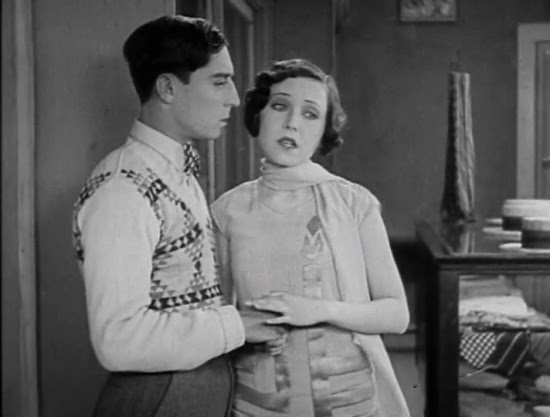 I think the main reason Buster Keaton's movies weren't as popular as Chaplin's was that Keaton's films thought a little faster than audiences at the time were comfortable with. Chaplin's films remain wonderful, but Keaton's have a timeless way of staying ahead of thought processes, something Chaplin's more sentimental films don't have, except in terms of Chaplin's genius for stringing together gags. 1928's Steamboat Bill Jr. was a box office failure and is an exemplary Buster Keaton film. It's a film put together with keen instinct for storytelling, daring, and is an unmitigated a joy to watch. 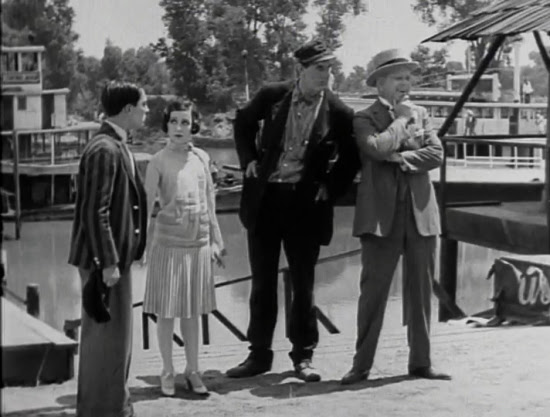 It's the story of two tiny lovers and their enormous dads. Keaton's the effeminate, college educated disappointment of his steamboat captain father (Bill Sr.). Marion "Peanuts" Byron plays the intensely adorable daughter of Bill Sr.'s rival, a well to do gentleman named King whose steamboat uses the latest technology. 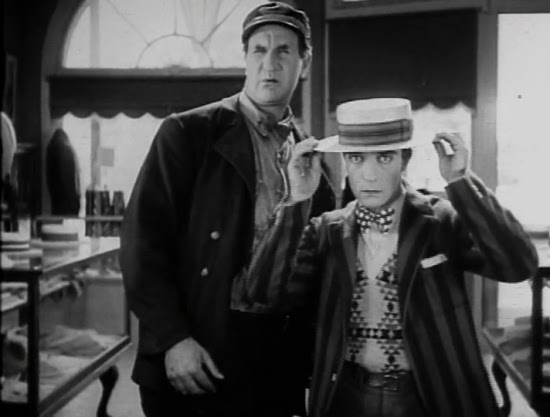 The first part of the movie is a string of brilliant physical comedy, as Keaton with his trademark deadpan has business in screwing up perfectly simple instructions for meeting his father at the railway station, followed by his contentious, manly makeover ordered by his father, and the cute Peanuts showing up unexpectedly, always dragging him away.

At one point King arranges to have Bill Sr. arrested, and this scene illustrates what I mean about the advanced comedy. 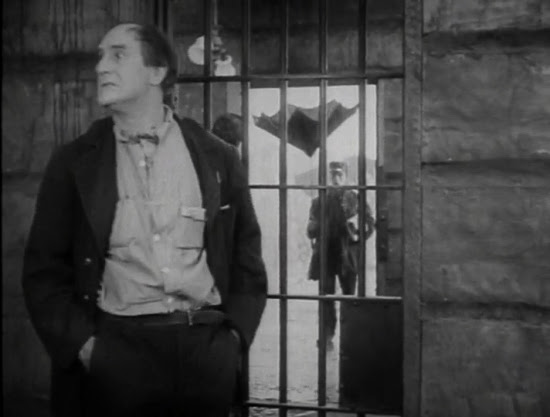 To most audiences, the gag would be Bill Jr.'s wrecked umbrella, but before we can even get adjusted to it, his father turns away in well timed bitterness. We can't help sympathise with him for dealing with what seems to be an utterly hopeless kid.

But just as the viewer starts to get tired of the relentless comedy, it becomes essentially an action film, as Keaton's other trademark--incredible stunts--dominates the latter half of the film as he comes up with business for scenes the production of which required enormous wind machines and detailed, collapsible buildings. 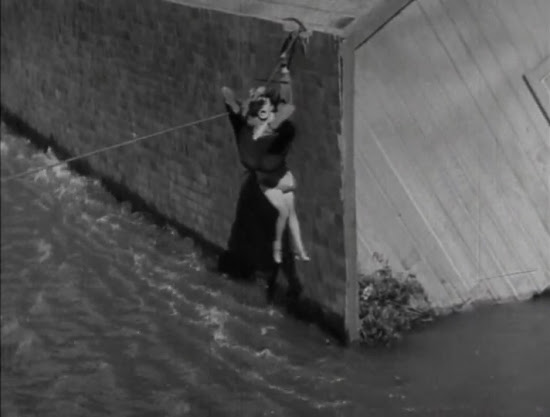 And in the process of all this, Bill Jr.'s incredible quick thinking and dexterity win the day. The movie had giving us so much, this catharsis wasn't really necessary, but it is another sweet thing.

Posted by Setsuled at 2:51 PM
Email ThisBlogThis!Share to TwitterShare to FacebookShare to Pinterest