A Web for Every Spider 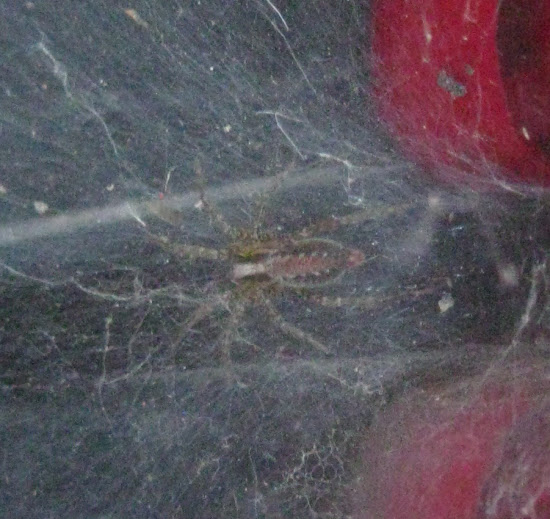 We're really into spider season now. This is a funnel weaver that's taken up residence on the rear of my car. 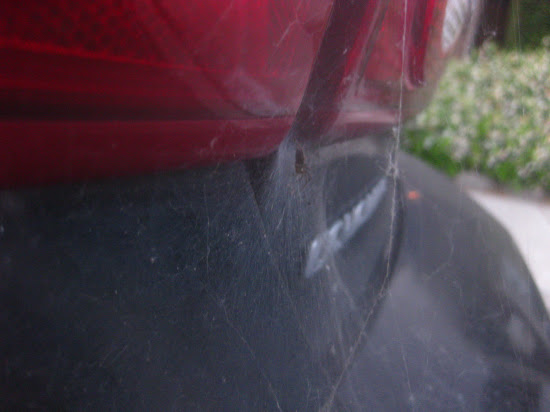 When I drive somewhere, she crawls up into her funnel. I guess she's been sampling the bugs from all over town.

Here's a baby garden spider that made a home between some wine glasses on a shelf in my parents' house; 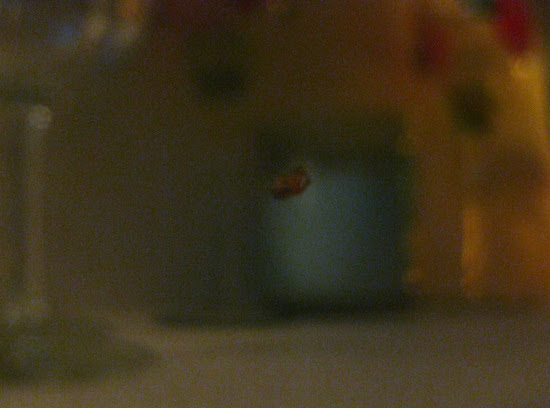 The light was difficult, I couldn't get a better picture.

I probably got less than six hours sleep last night. I lay awake, hung up on how much of the world is controlled by greed and competition. The sort of sick mechanism where people crawl over piles of other people to get anywhere. It's like Lennon said in "Working Class Hero"; ". . . first you must learn how to smile as you kill if you want to be like the folks on the hill." I had a bad ball of poison in me about it last night and I couldn't get away from it. It hurt inside and was stifling me from outside. Most of all I just felt a deep revulsion for how "the world" works, mostly from how people have allowed their fears to make it work. I started watching Parsifal again and it made me feel better enough to get to sleep but it didn't fix everything. Now maybe I should be happy that I'm too tired to feel very much. 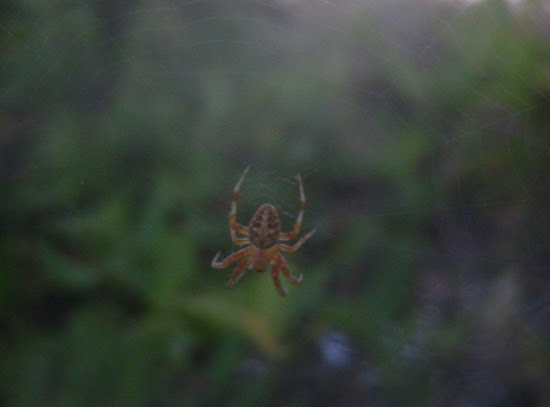