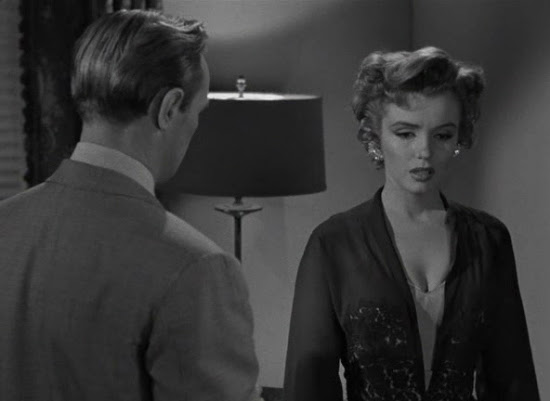 A big part of Marilyn Monroe's appeal was her vulnerability, the rawness of her reactions. She was a great actress, she was able to bare her cognitive process adapted for dialogue. 1952's Don't Bother to Knock is a decent film, populated by great stars--in addition to Monroe there's Richard Widmark, Elisha Cook Jr., and, being thoroughly overshadowed by Monroe in her first film role, Anne Bancroft.

Bancroft barely appears outside of book ending scenes in the lobby of the hotel where the whole film takes place. She has a job singing in the hotel lounge and it's her spurning him that's gotten Widmark tied up in knots. At this point in his career, Widmark seemed to specialise in playing bitter, resentful, anxious hoods. 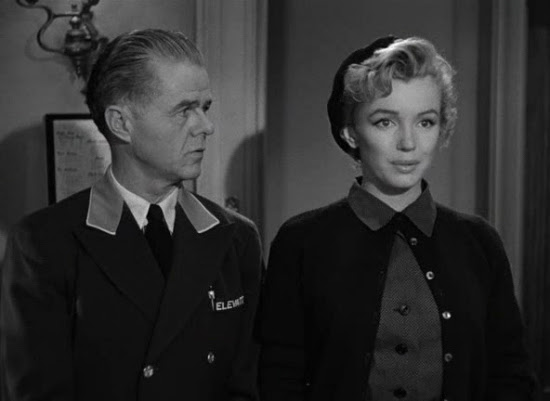 Monroe plays Elisha Cook's mentally disturbed niece--Cook at this point was finally too old to keep playing boys. He's elevator operator at the hotel and he recommends Monroe as babysitter for a wealthy couple staying on the sixth floor. Monroe hasn't recovered as much from the death of her pilot fiancé--and her subsequent suicide attempt--as Cook thinks, and once she's alone with the little girl, trouble ensues. 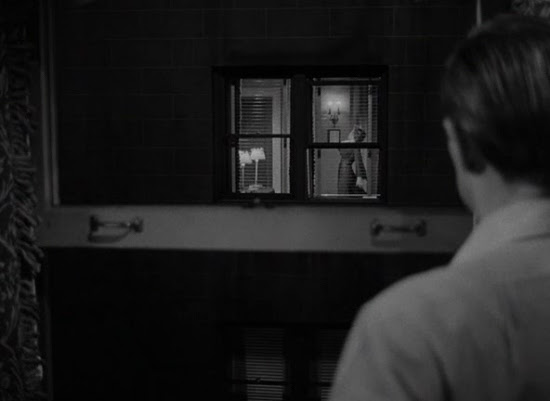 Widmark, strewing in his room across the court from Monroe, spots her dancing in the window wearing her employer's negligee and jewellery. When Widmark decides to go over and see her with a bottle of rye, we get the best scene in the movie, as Monroe spins various made up stories for him while Widmark struggles, trying to decide whether he cares if she's telling the truth. 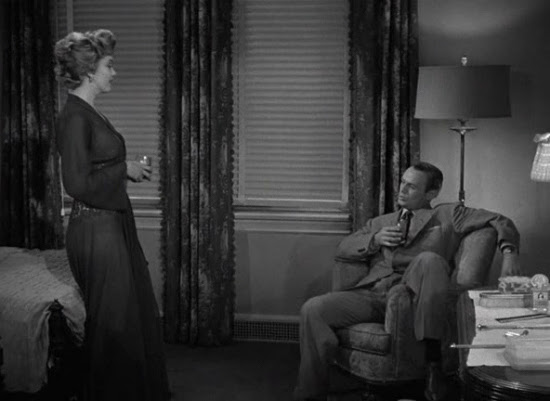 She inadvertently throws out support for him, saying things directly opposite about his sensitivity to what Bancroft had told him when turning him down, complaining he was too cold and closed off. In the scene, both characters are minefields of raw nerves and the two play it beautifully.

The film missteps in a typically mainstream Hollywood bit of logic that assumes we need a plot about Monroe trying to kill the kid so she can be alone with Widmark. But the movie is more than worth watching for the mood and performances alone. 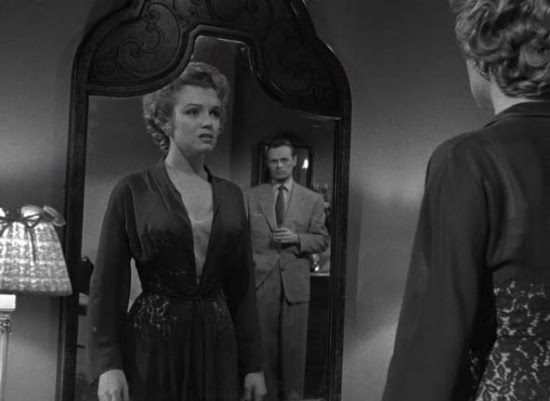 Posted by Setsuled at 6:52 PM
Email ThisBlogThis!Share to TwitterShare to FacebookShare to Pinterest