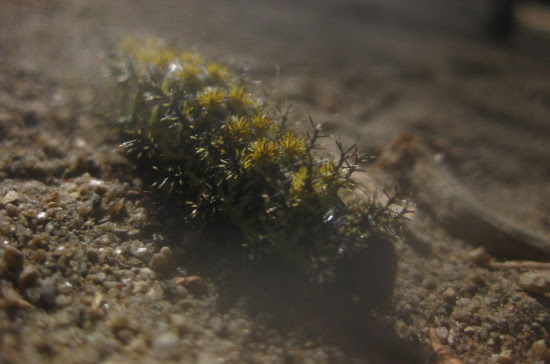 Season of the caterpillar is again upon us. I diverted a few from paths of certain squashing when I was on my walk to-day, but I know some of the mob won't make it. Too bad these spines don't work on feet. 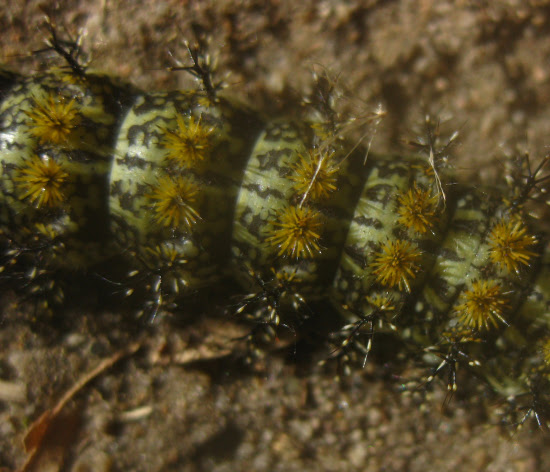 I'd pretty much totally switched from listening to The Howard Stern Show to listening to Nick and Artie, but since I worked on my comic for twelve hours yesterday I ended up listening to both and so caught Stern's interview with Billy Corgan. I love Siamese Dream, Mellon Collie and the Infinite Sadness, and Adore, but Corgan must be the most narcissistic singer of a band I'm into. I couldn't believe how casually and frequently he referred to some of his songs as "classics". He also seemed quite happy to discuss the shortcomings of his original Smashing Pumpkins band mates, which for all I know may have been honest statements. They were a notoriously fractious band, which was too bad because they had such a great aesthetic. What other popular American rock band had a woman on bass, an Asian guy on guitar, and bald white guy for a lead singer? It was like the bridge crew of the Enterprise formed a band.

But otherwise, it was nice to hear Corgan yesterday decrying the prevalence of modern "robot" music, though his swipes at Radiohead for being the "anointed" indie rock group seemed a bit petty. He performed "To-night, To-night" at Stern's request and sounded really good;

And they played a track off his new album which didn't sound bad, though of course no-where near as astounding as that weird, short, mysterious period when the Pumpkins were making some of the greatest rock music of all time.

Corgan also talked about his experiences with a psychic, his love of professional wrestling, and dating Jessica Simpson. I just kept drawing.