Into the Neutral Zone 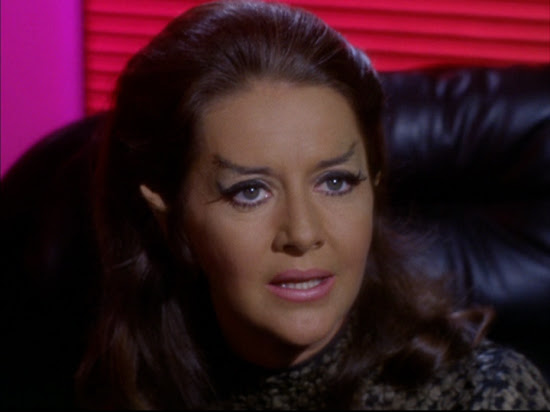 Well, I suppose I ought to say something about a good Star Trek episode. I know, I know--bear with me.

"The Enterprise Incident" is a third season episode with the strongest female character I've seen in the series so far, a Romulan Commander (apparently the equivalent of captain, since she commands a starship) who goes unnamed despite the whole episode being about her. She's actually kind of our POV character because we don't find out about the ruse Kirk and Spock are employing with her until well after she's been subjected to it. 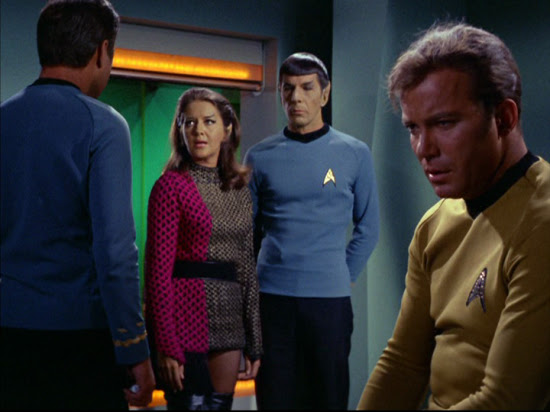 Ordered by Starfleet command to go into the Romulan neutral zone to gather information about the new Romulan cloaking device, Kirk pretends to have gone mad and reckless while Spock acts like he might be willing to defect to the Romulans. This is the first episode I remember the rule about the Vulcan inability to lie being explicitly stated, but Spock lies throughout the episode as he has in many previous episodes. Maybe it's because he's half human, or maybe it's because it's the least adhered to rule in any fictional universe.

Apparently the Romulan Commander was an even stronger character in the original script, but Roddenberry demanded a revision where she throws herself at Spock. Nimoy and the actress playing the Commander at least successfully lobbied to have their love scene changed from passionate exchanges of kisses to actually pretty interesting two finger caresses. 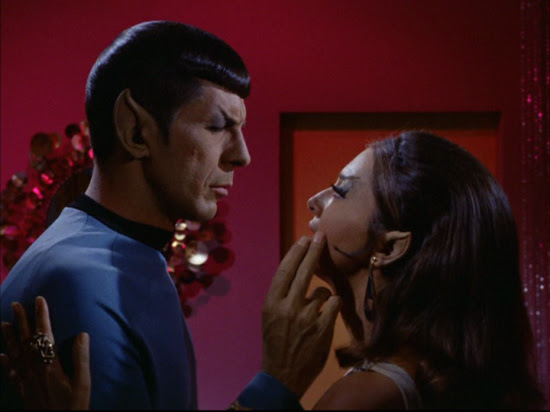 But the episode is a nicely constructed and paced little espionage story.

I spent most of yesterday working on my comic again, but it's looking like the portion I do in the summer may have to be the whole comic. From the way people are talking around here, I may be living out of my car in six months, if I still have a car. I've been threatened before by people who have power over my living situation, and it's typically come to nothing, but now things are too tenuous for me to engage on a long term project unless I can get some significant income, and I've failed to get even an insignificant income for years. I guess I'll just have to keep doing what I can and hope for the best.