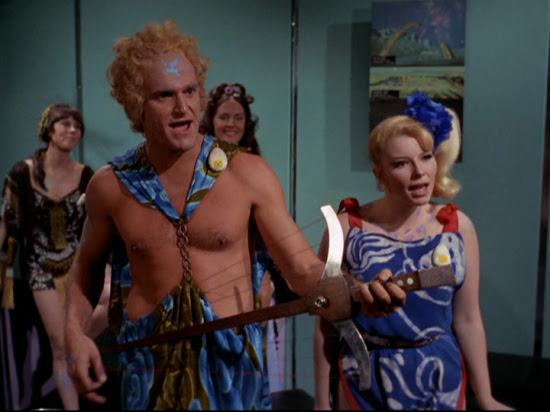 I heard comedian Adam Carolla, a generally rightwing guy whose parents were hippies, describe the hippie phenomenon as essentially being a form of depression--he ascribed the practices of growing one's hair long, generally caring less for personal appearance and discipline, to a melancholy resulting from a feeling of rejection from society. He may have a point. And I see this description reflected in the broadly hippie characters in "The Way to Eden", a third season episode of Star Trek I watched a couple nights ago. How else could you explain those dopey songs? Like Carolla, the makers of the episode seemed unable or unwilling to see anything especially useful in the counterculture of the 1960s.

This is despite Spock being portrayed as someone who "reached" the hippies' hope of finding their "Eden". The people making the episode at least, on some level, desired to put forth a balanced perspective. But they ought to have realised having people rebel against the utopian Federation of Planets is different from having people reject a destructive and heartless western orthodoxy in the 1960s. 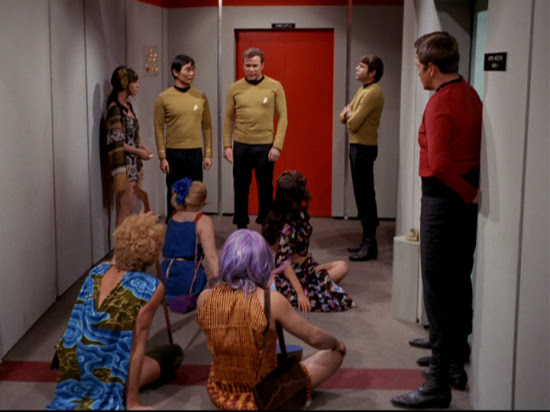 They have to bend over backwards to create conflict--the hippies want to find their mythical "Eden" planet in Romulan space, their leader is a certifiably insane doctor carrying a deadly disease. Every suggestion Kirk makes to them, even one as simple as telling them they might be more comfortable in a reception room rather than sitting on the transporter pad, is met with ridicule.

Of course, the hippies are somehow able to take control of the Enterprise, despite being portrayed as too dumb to figure out it's a bad idea to look for a planet to colonise in Romulan space. I have no doubt there are hippies who are ornery pricks, but seeing Star Trek dismissing the entire subculture so cartoonishly is pretty sad.