In 1979, I'd say most people would have needed to have been at least thirty years old to appreciate Star Trek: The Motion Picture and it would help if the person wasn't a Trekkie. To-day, I'd say it would take an average non-Trekkie of at least 37 years. I'm excluding myself at 33, of course, because, let's face it, I'm a little weird. But even I would say that Star Trek: The Motion Picture is flawed.

It's fundamentally a different animal than the original series was--its slow, contemplative pace and focus on a more tactile impression of space travel obviously show the influence of 2001: A Space Odyssey--as does the fact that visual effects were done by Douglas Trumbull.

I have to say I rather love director Ray Wise's decision to devote attention to exploring commonplace aspects of the series like the transporter beam and the warp engine. The scene where the transporter malfunctions and kills the two people has stuck with me rather vividly since childhood. No other Star Trek film or TV episode conveys the impression of just how dangerous space travel was, and with so many shots of people going EVA, one can see this ground level impression was exactly what Wise was aiming for.

Unfortunately, it comes at the cost of some of the series' strengths, particularly character. Kirk, Spock, and McCoy are relatively passive and one of the things that made the substantially lower budget Star Trek II a superior film was its attention to how events were affecting the characters personally.

All the character drama in The Motion Picture is mostly given over to William Riker and Deanna Troi prototypes Willard Decker and Illya. This is what his penis looks like; 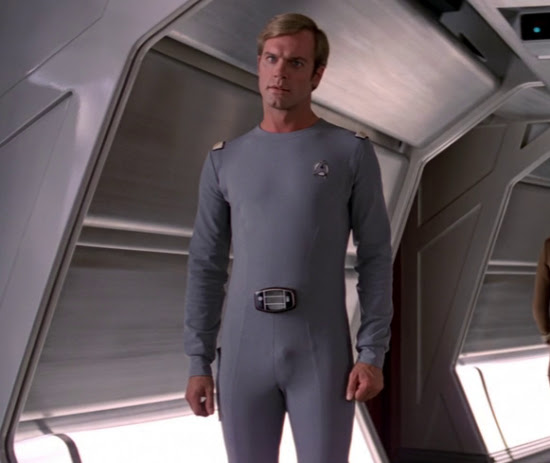 Illya, the famously beautiful and bald Deltan (two planets away from Betazed I guess) demonstrates the remarkable awkwardness of what little dialogue the movie has when, upon reporting for duty on the bridge for the first time, she volunteers without prompting, "My oath of celibacy is on record, Captain." Maybe the very presence of Kirk is a come on.

Illya is gorgeous, but gets really sexy when the emotionless V'Ger designs to dress her in a little robe and a pair of cute shoes that make her legs look like the most perfect things in the galaxy. 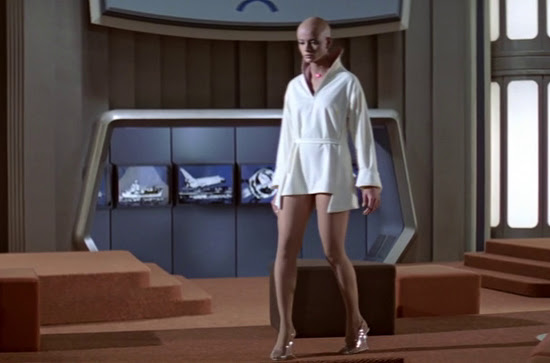 The latter half of the film, despite an apparently vicious behind the scenes struggle over writing credits, owes much to the series episode "The Changeling". It's interesting, but doesn't quite fulfil the promise of the film's first half.