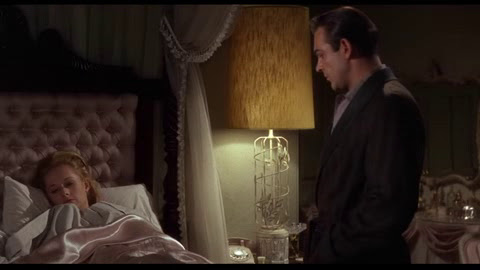 There's a point where psychological voyeuristic fetishes get really ugly. In To Catch a Thief and The Birds, there's a mischievous delight taken in the subtle give and take, cat and mouse game between a man and woman analysing each other when one or both harbours impure--and fun--impulses they attempt to conceal. Hitchcock's 1964 film Marnie takes this flirtation over the line, to see what happens after the psychological strip tease ends. The result, in this case--due to a smug and violent male lead--is a cruelly imbalanced relationship. The film suffers from an unprecedented, self conscious analysis on the part of Hitchcock, but it is a captivating, frightening, and fascinating film.

Tippi Hedren gives an incredible performance as Marnie, a woman whose obsessions and preoccupations have driven her into a life of serial robbery, constantly changing her identity, recolouring her hair to net jobs in offices with loaded safes she eventually pilfers, spending her spoils trying to win her mother's affections. The change of identity and hair colour to facilitate a life of crime brings to mind Judy Barton in Vertigo, but Marnie's a more disturbed individual, falling into fits when seeing the colour red and being utterly repulsed by the touch of men. 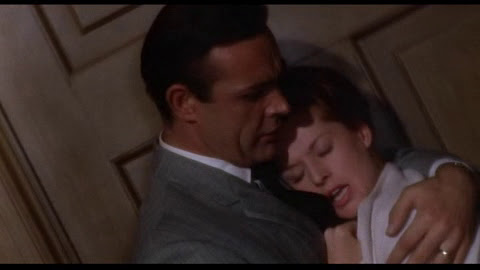 And yet, she doesn't seem to mind being held by Sean Connery's Mark Rutland until after she knows he knows her secret. She tells him it was because she was willing to put up with it in order to get what she wanted, but one senses she was simply more comfortable when she was in control of the situation. Like Vertigo, Marnie is largely about people controlling or attempting to control one another. Where in Vertigo it was Judy who got off on viewing the male lead's naked and strange psychology, in Marnie it's Connery's Mark who knows Marnie's game from the beginning and watches her mode of living laid bare without her knowledge. He obviously gets a great deal of pleasure from this and it's the basis upon which he eventually blackmails Marnie into marrying him. And he seems annoyed when he finds out Lil, a spurned potential lover of his, coyly demonstrates she has knowledge of Marnie that he does not himself yet possess. 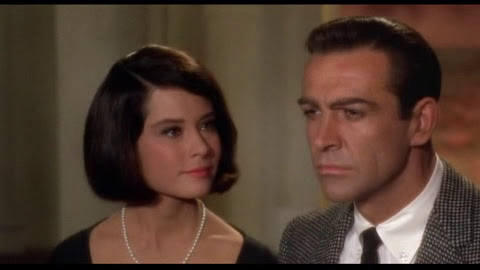 Mark's carried initially by Connery's charm and his coolness in surreptitiously courting a beautiful thief, but when he uses his knowledge to hold her in the captivity of a marriage--to her intense protest--he becomes a threatening and despicable character even before he rapes her. In this way, the movie exploits the key difference between the Sean Connery/James Bond archetype and Cary Grant--Grant played men who liked to be conquered by women, while Connery preferred to conquer women, especially when he could do so without making himself vulnerable. One could point out that his assumed right of sexual dominance as husband to Marnie is a product of the time in which the movie was made, but I would disagree. I would point to The Quiet Man where John Wayne, left sexually unfulfilled by his new wife, nevertheless refrained from forcing himself on her.

Another earlier Hitchcock film of which Marnie is reminiscent, Suspicion, featured Joan Fontaine caught in a marriage with homicidal Cary Grant, yet again he was the one with the psychological vulnerability, and she, with the grace of a pacifist mother, sacrifices herself. 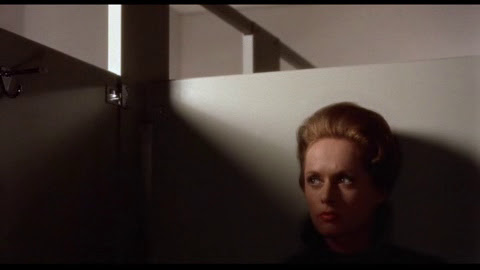 In fact, if one is to find an avatar of Hitchcock in the movie, Marnie herself is a more likely candidate than Mark. She's the one in the film with a complex about her mother, and all the suspense in the film is generated by scenes shot from her point of view.

At one point, Mark tells her, "In Africa, in Kenya, there's quite a beautiful flower, it's coral coloured with little green tipped blossoms, rather like a hyacinth. Now, if you reach out to touch it, you discover that the flower was not a flower at all, but a design made up of hundreds of tiny insects . . . they escape the eyes of hungry birds by living and dying in the shape of a flower." This seems to describe Marnie--Mark is also shown poring over criminal psychology books, all part of an attempt to psychological possess Marnie intellectually as well as physically. 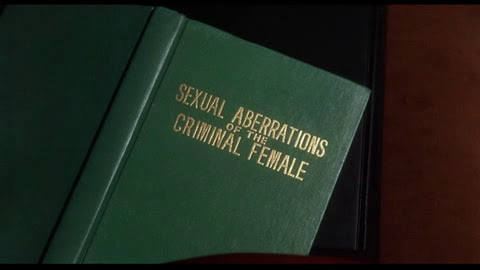 The end of the film features dated psycho analysis exposition that weakens the film in a manner similar to the ending of Psycho. The details of Marnie's childhood trauma not only don't really account for her adult behaviour, the information is far less interesting than the subtler and more complex character presented by Hedren. This is largely why Vertigo is a superior film--that, and Vertigo has a more complex male lead. But Marnie is nevertheless a movie that grabs you by the gut and twists for its intense portrayal of a woman hopelessly caught in the web of her own mind and the people who use the way she tortures herself to take further advantage of her. 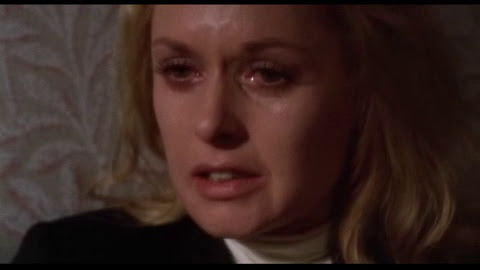 Posted by Setsuled at 2:54 PM
Email ThisBlogThis!Share to TwitterShare to FacebookShare to Pinterest