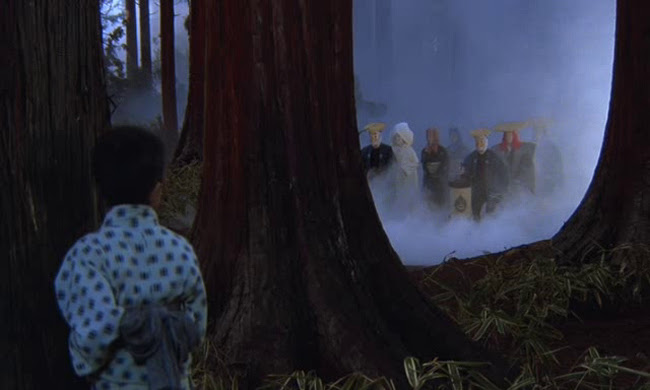 We're not supposed to find dreams interesting, people often roll their eyes at those who like to share their dreams. It's an intellectual laziness, a reluctance to confront the uninterpretable, or worse, inevitably admitting you don't know what something means. But often times, dreams are interesting as much for what's irrational about them as for what's rational about them. Akira Kurosawa's 1990 film, Dreams (夢), is widely considered one of his weaker films--1985's Ran is considered his last great film. Dreams certainly marks a tonal shift from Kurosawa's previous four films and its nature as surrealistic fantasy is certainly very different from the character study realism that distinguishes his most influential films. All this, to me, shows why the real strengths of dreams are unappreciated rather than non-existent. Although it's not as strong as Ran, I'd say it's Kurosawa's most solidly made film since 1965's Red Beard and, even though its themes are anxious and grim, it reflects an unprecedented contentment in Kurosawa. Most of all, it's a beautifully succinct autobiography. 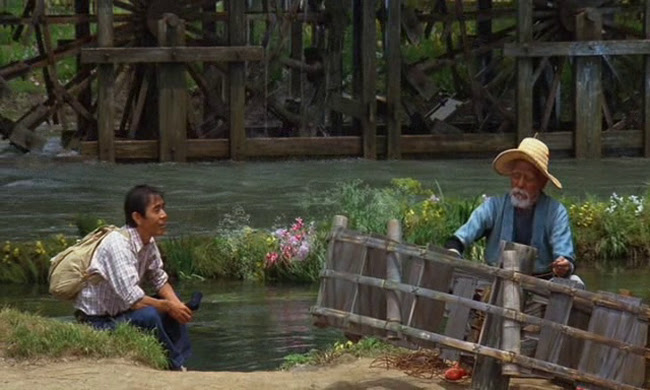 Its tone is almost more reminiscent of Ozu than of Kurosawa, something Kurosawa may have been conscious of when he cast Chishu Ryu in the film as a voice of wisdom--Ryu being Ozu's most frequent star and seen by some as his avatar. But the anxiety I mentioned is much more characteristic of Kurosawa than of Ozu. It's not mono no aware, the aesthetic concept of contemplating death with tranquillity and sadness which manifests in the works of Kurosawa's great contemporaries. 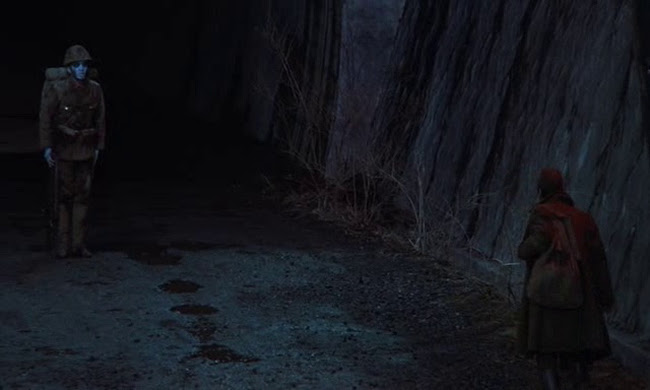 An anthology film, Dreams is a series of short film adaptations of actual dreams Kurosawa had repeatedly. Each dream seems superficially unrelated to another--Kurosawa as a young boy watching a wedding procession of foxes, putting his life in peril in the process; Kurosawa as a soldier confronting dead comrades, though Kurosawa was never a soldier in life; Kurosawa witnessing the dead and irradiated landscape of Japan after Mount Fuji erupts, causing a series of nuclear reactors to explode. One thing each dream has in common is guilt, responsibility, and a tormenting ambiguity about the correct course of action to take. 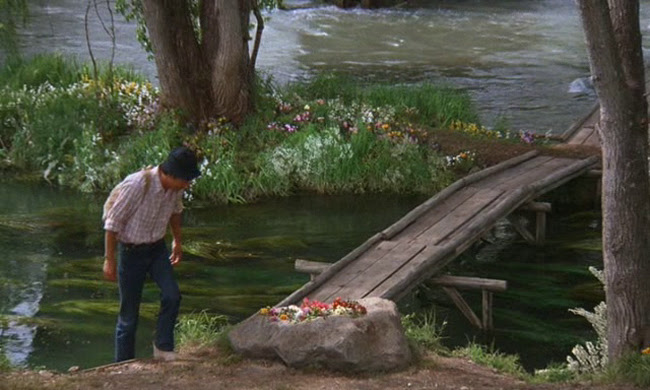 Even the dream featuring Chishu Ryu as an old man living in a beautiful, peaceful village of water mills has Ryu telling the actor who plays Kurosawa through the film (Akira Terao) how people in modern cities have gone astray with technology, how they shouldn't even have electric light because night is supposed to be dark. Ryu's beautiful aura of acceptance of life's difficulties nonetheless comes from a height of almost impossible, unattainable standards, like the morality of a Puritan. 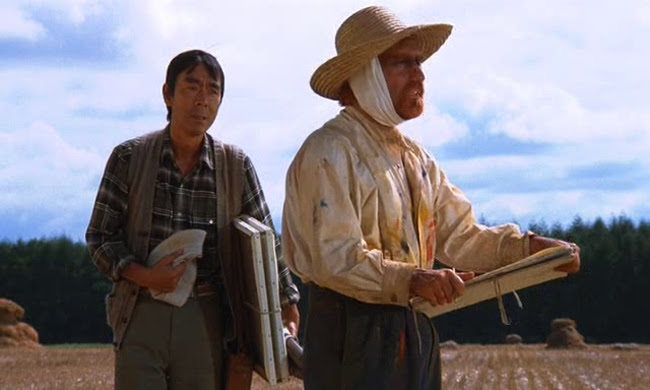 One dream also addresses Kurosawa as an artist. In it, he walks into a Van Gogh painting on exhibition and eventually meets Van Gogh himself working in the wheat field featured in a number of his paintings. 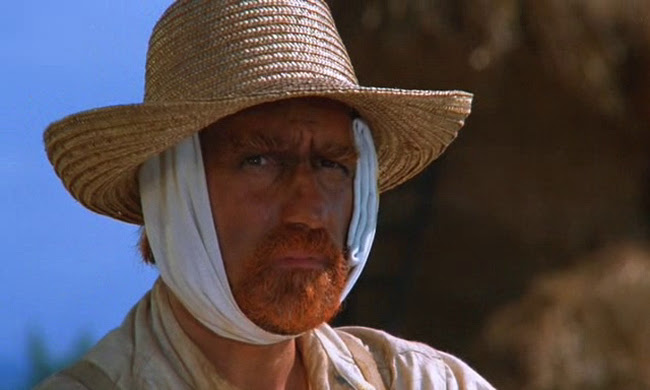 Van Gogh is played by Martin Scorsese who doesn't physically resemble Van Gogh very much but embodies a feverish energy I think was integral to Kurosawa's impression of Van Gogh. Scorsese as Van Gogh tells him he's "like a locomotive", that his need to paint constantly is painful. This kind of intense energy is implied by Scorsese's fast talking manner and prolific artistic output. In the twenty years where Kurosawa had made four films, Scorsese had made eleven. So one can see how Kurosawa might have looked at the younger director as possessing an admirable stamina. But Scorsese plays Van Gogh far more distressed than Scorsese comes off in interviews. In admiring Van Gogh's output, Kurosawa likely also identified with the man's struggles with despair, as Kurosawa had himself survived a suicide attempt in the 1970s. In that period, he produced a series of impressionistic paintings that would be used as storyboards for Ran, paintings which reflect an unmistakable Van Gogh influence.

The sequence in Dreams contains breathtaking film reproductions of Van Gogh paintings. For Ran, Kurosawa had a wheat field painstakingly painted gold for a scene that ended up being cut but I think we see some of that crop painting on display in Dreams. 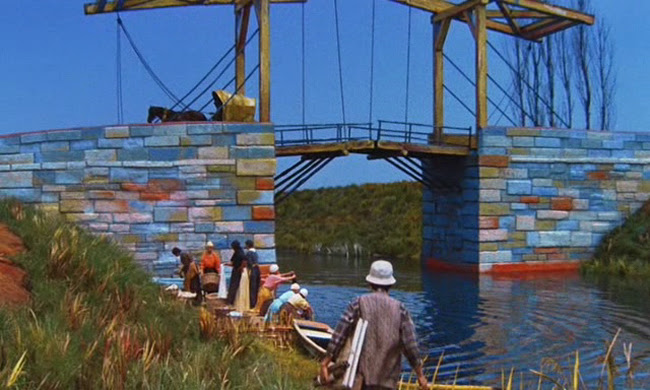 The film is also a brilliant showcase for Kurosawa's characteristic use of telephoto lenses which he used almost exclusively from the mid-1950s. I was particularly impressed by this shot, which must have been achieved from an incredible distance to put the people on the top of the hill on the same scale with the little boy on the bottom; 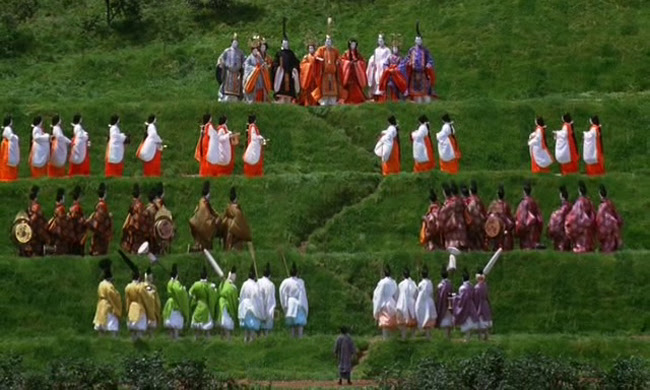 Despite being considered a stylistic departure for Kurosawa, it's not by any means the first time he portrayed dreams in film. Dreams featured prominently in Dodesukaden and Kagemusha and even 1948's Drunken Angel had a brief dream sequence. One genuinely new thing about Dreams, though, for Kurosawa is its inclusion of figures from Japanese mythology, the Yuki Onna and the Oni, the Japanese demon or ogre. But, particularly in the Oni's case, the figures aren't presented in a traditional manner. The Oni are portrayed as mutations after the nuclear disaster despite their traditional red faced and horned appearance. The impression is that even the characters of centuries of tradition are on unsure footing in life's treacherous uncertainty.

Red Beard, Kurosawa's last black and white film and last film to star Toshiro Mifune, was the last movie to feature a sense that life contained at least the potential for hope and stability. I've suspected for a long time Kurosawa's fractured relationship with Mifune contributed to a psychological crisis, a re-emergence of feelings Kurosawa experienced when his older brother committed suicide over a decade before he directed his first film. In losing this surrogate older brother figure, all of Kurosawa's films between Red Beard and Dreams portray worlds where characters dwell on far more unstable ground. Dreams still seems to portray a world like that but there's a paradoxic solidity to the film. There's an attempt to assert a sense of peace that is absent from the disintegrating lives of the impoverished city dwellers in Dodesukaden, the displaced troops and forester in Dersu Uzala, the thief caught up in a monstrously out of control scheme in Kagemusha, or the grotesque world of pride and death in Ran. Dreams seems like Kurosawa's conscious attempt to wake up but the result is a dream which conveys its nightmare anxiety a little more quietly, a little more neatly. 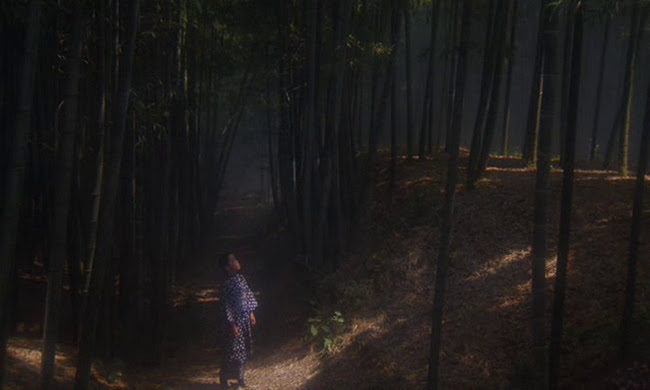