Brutal Occupiers are One Thing but Sexual Indiscretions? 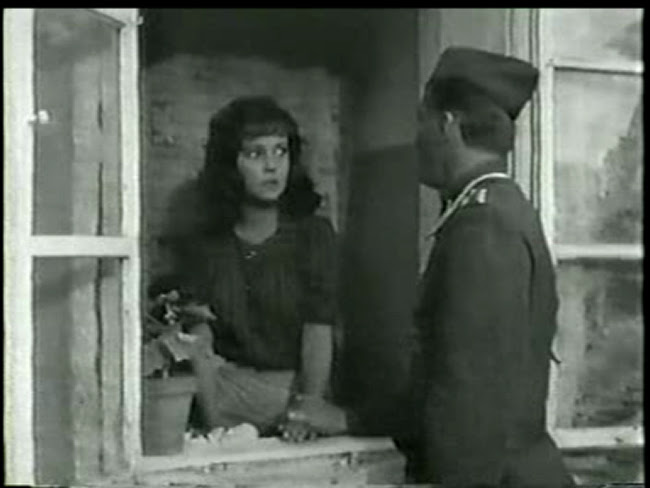 Was having sex the most dangerous thing you could do in Europe during World War II? In my inexpert opinion I would say no but that's the argument made by 1960's Five Branded Women, a film that attracted me with its impressive and unlikely cast but it has a story that's almost as interestingly absurd as an exploitation film but without the really fun bits of an exploitation film. Maybe worst of all is that what seem like the beginnings of arguments against sexually oppressive hypocrisy wind up being endorsements of that hypocrisy. 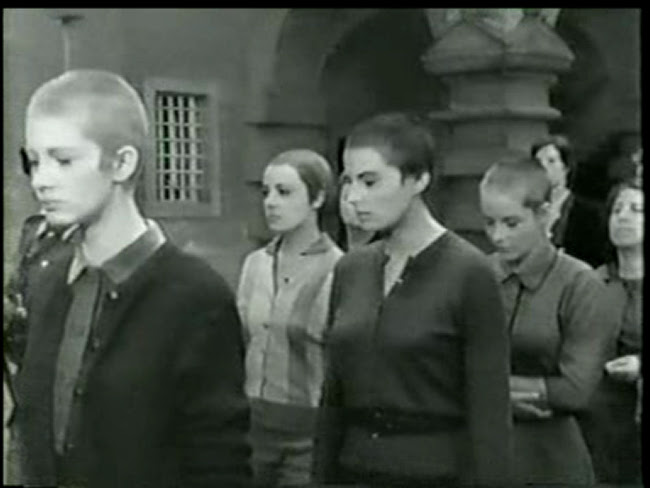 The five women of the title are played by Silvana Mangano, Jeanne Moreau, Vera Miles, Barbara Bel Geddes, and Carla Gravina. Only Gravina arguably had no star power--Miles and Bel Geddes both had successful careers in the U.S., both had been in Hitchcock films. Moreau is known for New Wave films in the 60s and it was sort of odd seeing her in such a conventional movie of the period instead of something ten years ahead of its time. 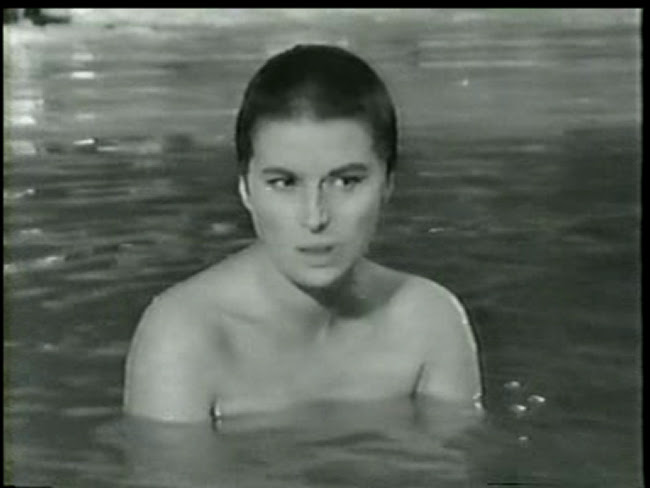 But the movie mainly follows Mangano as Jovanka, though all five of them are "branded"--their heads shaven--for sleeping with a Nazi officer in a small town in Nazi occupied Yugoslavia. This branding is done at the command of Velko (Van Heflin) who's in charge of Yugoslav partisan fighters. 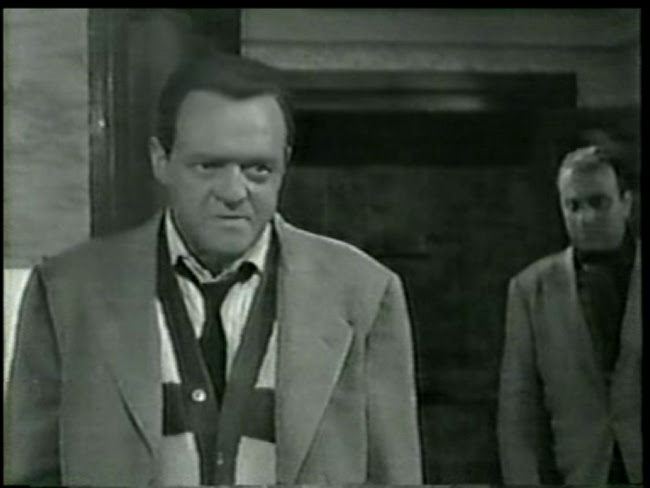 When the women refuse to tell the Nazis who cut their hair, they're banished from the town. The Nazis don't want to execute them because their main crime was against the partisans, not the Nazis, but they don't want them to stay around because it makes the Nazis look weak. It's implied the partisans castrated the German officer the women had been sleeping with. 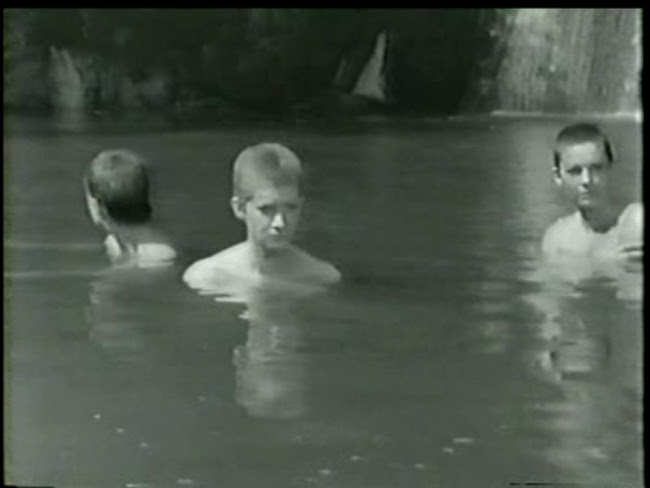 Naturally there ends up being a really skeevy guy peeping on them, one of the partisans with whom the women finally team up when the writers finally give up on creating a story with just female characters. It then focuses on a romance between Moreau's character and a captive Nazi played by Richard Baseheart and a somehow much ickier love/hate thing between Velka and Jovanka. Yes, the same guy who had her head shaved. I'm not sure which of the two is more obnoxious--Velka forbidding any love among the partisans or Jovanka arguing that Yugoslavs should be allowed to love Nazis.

Barbara Bel Geddes is the most underused actress in the film. After some initial dialogue about how she's always wanted to have a baby she hardly says a word for the rest of the film. Vera Miles is the squeaky wheel who causes everyone trouble by panicking all the time. 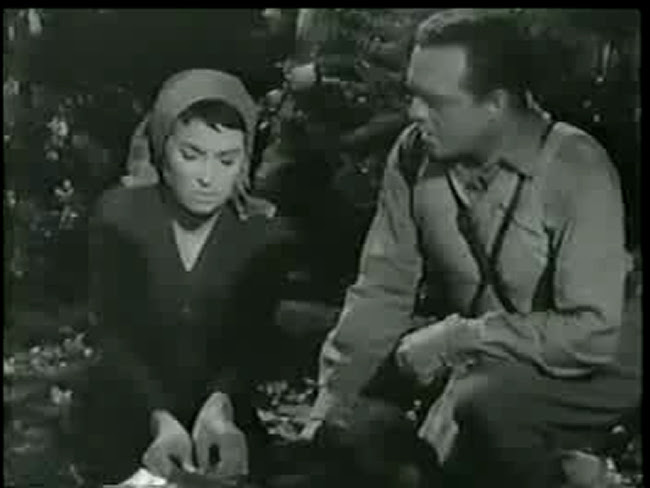 The performances are nice and there's some charm in the wackiness of the concepts. What this movie really needed was some hardcore sex scenes.

The whole movie is available on YouTube. Unfortunately I couldn't find it in widescreen from any source.