The Haunter of the TV Movie 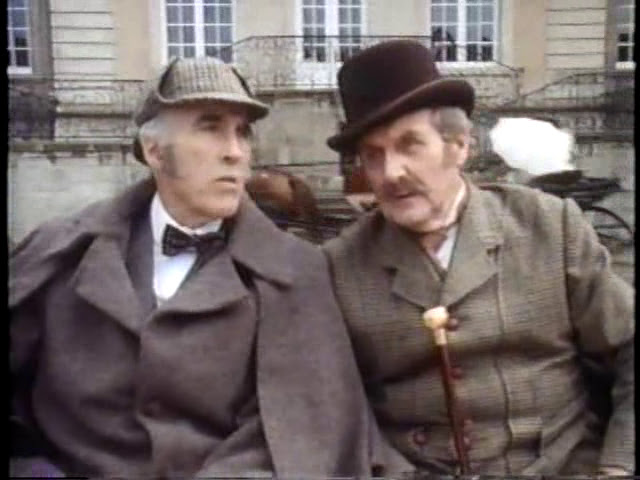 I really wish I could recommend 1991's Sherlock Holmes and the Leading Lady, a made for television movie which, as it stars Christopher Lee as Holmes, I was looking forward to seeing. I can't blame it all on Morgan Fairchild being cast as Irene Adler--though it's certainly the worst portrayal of the character I've ever seen. The story barely resembles a Sherlock Holmes story involving very little cleverness on Holmes' or anyone's part and the direction is the worst sort of sequence of bland close-ups associated with television of the era.

I've heard Lee has always wanted to play Holmes more often and considers himself especially suited for the role. As far as I know, this was only the second opportunity he'd had to do so in his extraordinarily long career, the first time being 1962's Sherlock Holmes and the Deadly Necklace. He has appeared in other Sherlock Holmes films as other characters, like 1959's version of Hound of the Baskervilles and Billy Wilder's underrated The Private Life of Sherlock Holmes where he played Mycroft. Why is it so rare for Mycroft to be played by a fat man, as he's described by Conan Doyle? Well, it's not to say Lee did a bad job. 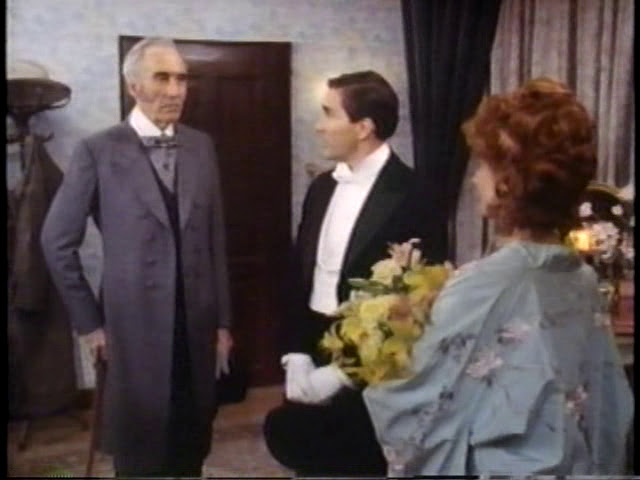 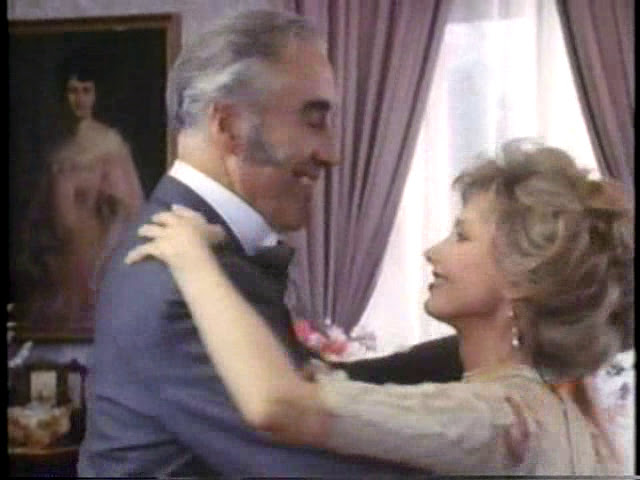 Well, good except for his pitching woo to Irene Adler. Wow. That strained smile on his face. He can't quite refrain from looking like he wishes he was million miles away as he's forced to perform flustered to her closed circuit chemistry.

Poor Irene Adler. Her portrayal here is so retrograde it makes her original appearance in "Scandal in Bohemia" look like Uma Thurman in Kill Bill. In Leading Lady, Holmes and Watson refer to her reverently as "The Woman" and Holmes says he admires her but there's no hint as to why. She's an opera singer and she's kidnapped at one point but she never does anything clever or extraordinary, she becomes a run of the mill damsel in distress, the kind of woman the real Sherlock Holmes would not even begin to be attracted to.

I guess Fairchild looks good in the role even as she's about as receptive to the other performances as a blind and deaf woman. Which I suppose kind of works in a scene where she's hypnotised by no less than Sigmund Freud (sigh). I was distracted by an inexplicable smudge on her breast. 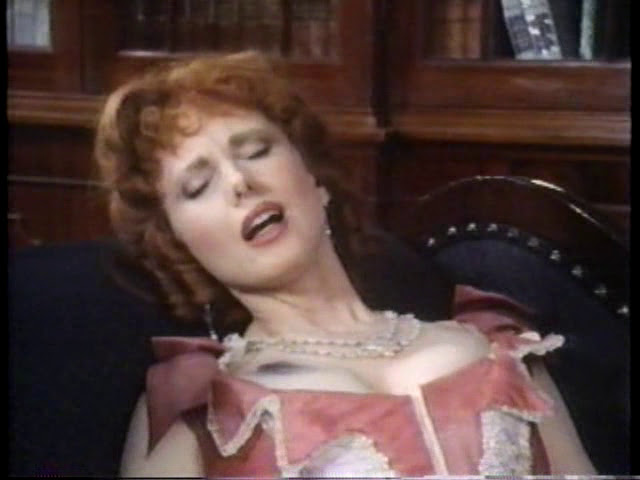 What is that? It's after she was kidnapped so maybe it was meant to be sign of a scuffle? Why only there? Maybe it was Ash Wednesday and they wouldn't let her put ashes on her forehead and her breast was a compromise?

There's not a whole lot else to say about the movie. There's a humdrum murder plot in Vienna sort of tied to World War I. Also in Adler's opera troupe is Engelbert Humperdink, seen here looking remarkably like Ron Jeremy: 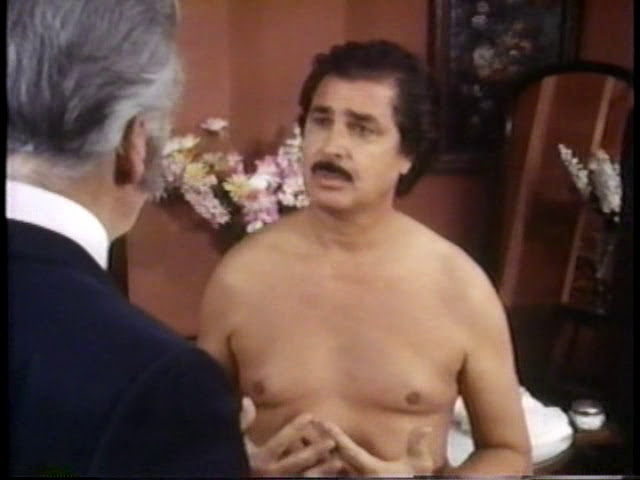