A Pancake Planet Ruled by Lizards 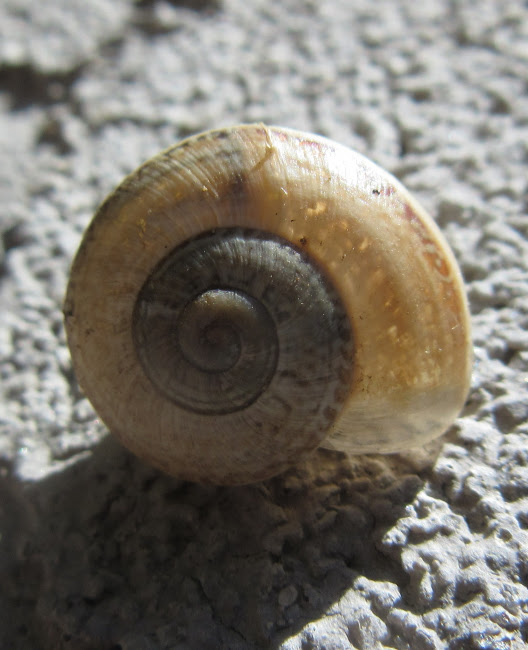 I dreamt last night I showed up to class and it was cancelled, the teacher hadn't shown up. My momentary excitement was tempered by the feeling that this meant the world was ending and, indeed, parts of the city were already submerged in lava. I was living in a dorm in my dream and went back to find that the world ending had made everyone decide it was okay to go through my things. Someone found a script to one of my comics and told me it wasn't bad, I should make a comic out of it. Some other students were rashly cooking all my noodles, which ought to have been rationed more carefully, and were putting chilli powder on my somen noodles.

I made my most successful boxty yet a few nights ago with some advice from my friend, Ada, who told me I should turn down the heat: 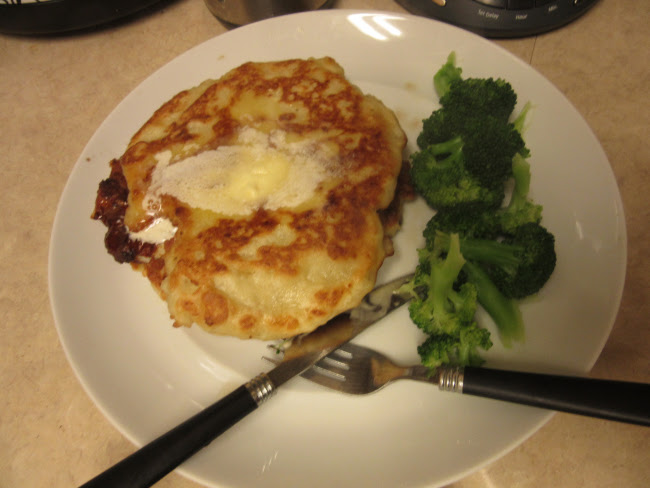 All the recipes I'd found online had told me to have the stove on medium heat. Maybe it's because I'm using an electric stove it's a bit hotter.

I've been doing an amalgam of internet recipes and making mine lactose intolerant friendly--I boil two small, peeled and cubed russet potatoes for eight minutes, drain them, and mash them in a little hemp milk. While they're boiling, I grate another potato on a box grater--not two potatoes like every recipe insists. I squeeze out as much moister as I can with my fist then toss the grated potato with one cup of all purpose flour. I whisk an egg in a little hemp milk then add both it and the mashed potatoes to the flour and grated potatoes and mix until it's a smooth batter.

I heat Earth Balance fake butter in a skillet on medium heat and when it's ready I reduce the heat to about two thirds between off and medium. Then I put a dollop of batter down, flatten it a bit with the spatula, and then cook for four minutes before flipping it. Rather like making a regular pancake, I gather, though I've never made one of you normal people's every day run of the mill pancakes.

I leave you with this unfortunately not very good picture. I'm not saying he's Jim Morrison but when I turned a corner and suddenly saw this guy I automatically thought, "The king!" 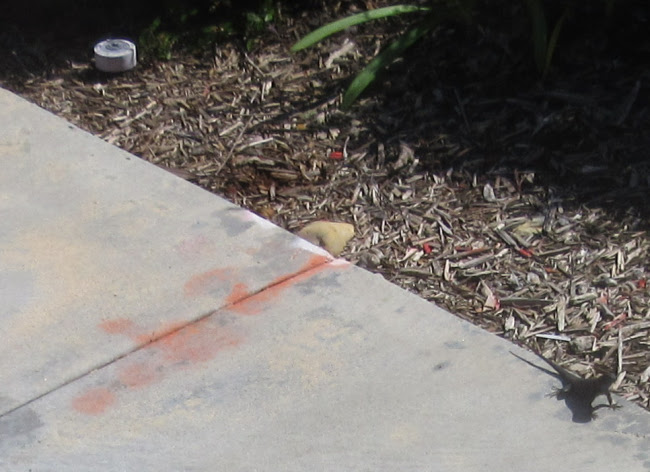 Actually, I was probably thinking of this:

Posted by Setsuled at 7:24 PM
Email ThisBlogThis!Share to TwitterShare to FacebookShare to Pinterest