Very Special Run of the Mill 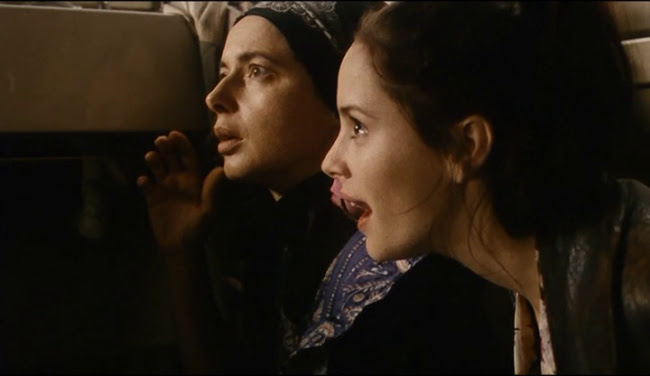 I first really started watching movies seriously in the 90s so maybe that's why it feels kind of remarkable to me now that I can view a movie as a typically 90s art house film. But that's how I'd describe 1998's Left Luggage, a film about Jewish communities in Antwerp in 1974. Devices I would have thought so unobtrusive in the 90s are largely what overwhelm this film in lieu of any real life. It does work in a few places, mostly due to performances by Laura Fraser and Isabella Rossellini, but as a whole it slips under waters of formula and passionlessness. 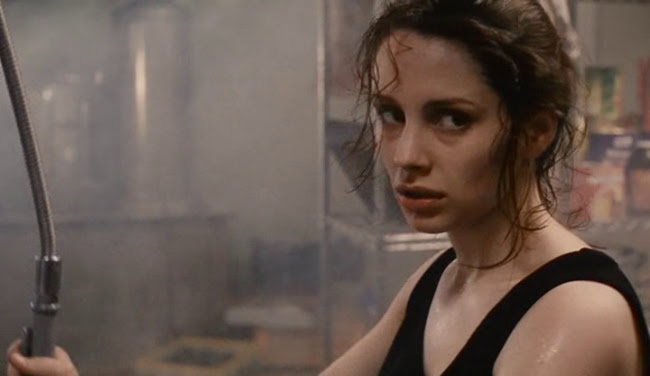 You might recognise Fraser from Neverwhere or Breaking Bad. The film follows her character's, Chaya's, point of view as a young woman whose chaotic lifestyle is partly a reaction against her parents' endlessly dwelling on their experiences as refuges in World War II. The title, Left Luggage, refers both to her father's (Maximilian Schell) obsession with finding a suit case he buried somewhere during the war and with Chaya's disconnect from her heritage and community.

After she quits her latest job washing dishes at a cockroach infested restaurant, her friend, a laid back middle aged scholarly fellow played by Chaim Topol, refers her to a nanny job for an Hassidic family after she complains to him she's so sick of Jews. Do you think someone's about to learn an important lesson? 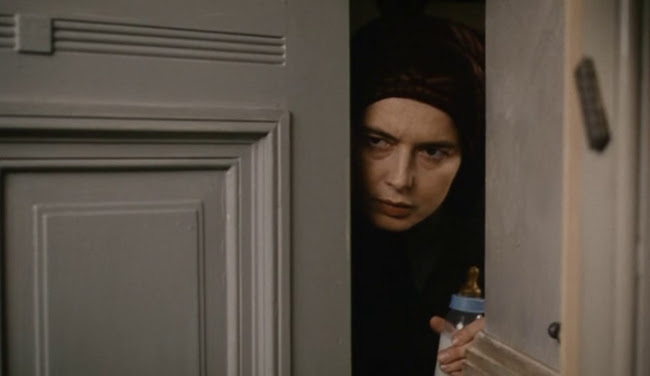 The family is the film's director, Jeroen Krabbe, as the taciturn and strict Mr. Kalman, Rosselini as his only slightly less strict wife, and three prepubescent boys and baby twins. One of the little boys, Simcha, for some reason never speaks. What are the odds that this nanny who wears miniskirts who comes in and shakes up their world will get their little kid to talk? I mean, how unlikely would that be? 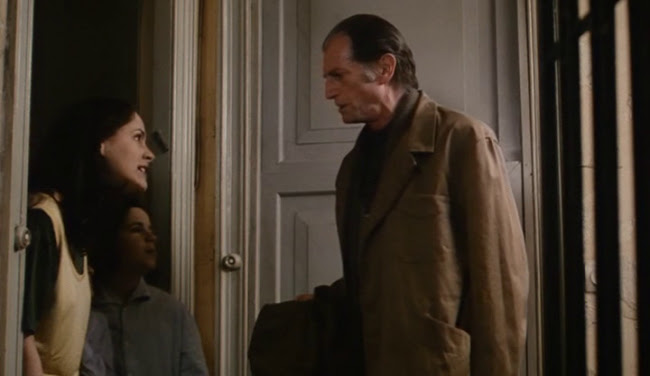 In the Kalman's building is the most anti-Semitic concierge in Antwerp played by David Bradley whom Chaya continually butts heads with, finding herself sympathising with her Hassidic employers more and more as a result. Once again, she's asserting herself by reacting against something, an issue the film doesn't address and I don't think the filmmakers were conscious of or considered important.

This film by a male writer and male director mostly about women feels disconnected from its characters by lazy traditional perceptions of women. There's a scene where Chaya enters the kitchen and sees Mrs. Kalman burst into tears. When I see Isabella Rossellini cry like that I think, "Dennis Hopper has assaulted her or she wants Kyle MacLachlan to assault her." But it turns out to be a Lucy Ricardo crying fit, the kind we're supposed to react to with bemusement at the frailty that is woman.

In another scene, a confrontation between Chaya and Mr. Kalman which ends in him impressing upon her the horror he suffered during the war abruptly cuts to a full frontal nude shot of Chaya and her friend jumping backward into a lake. I didn't mind this so much, although it doesn't exactly make sense. I guess Krabbe was drawing a contrast between the formal lifestyle of the Kalmans and the still carefree and hedonistic lifestyle of Chaya, but it was an odd moment for it. Still, who knows, maybe Chaya and her friend like to go skinny dipping, people do, I guess. 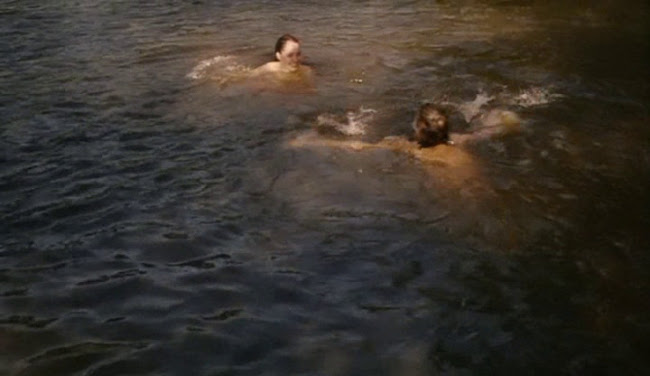 This is the second movie in a row I've watched with a somewhat inexplicable nude women group bathing scene. I'm not exactly complaining, but when it's probably the best moment in a movie about a young woman learning to connect with the suffering her parents experienced and honour their traditions, something might be wrong.

I won't spoil the ending for you but it makes a lot less sense than the skinny dipping and is a much bigger issue since it was designed to rip your heart out. It's incredibly cheap and makes you resent the movie.

Posted by Setsuled at 3:20 PM
Email ThisBlogThis!Share to TwitterShare to FacebookShare to Pinterest