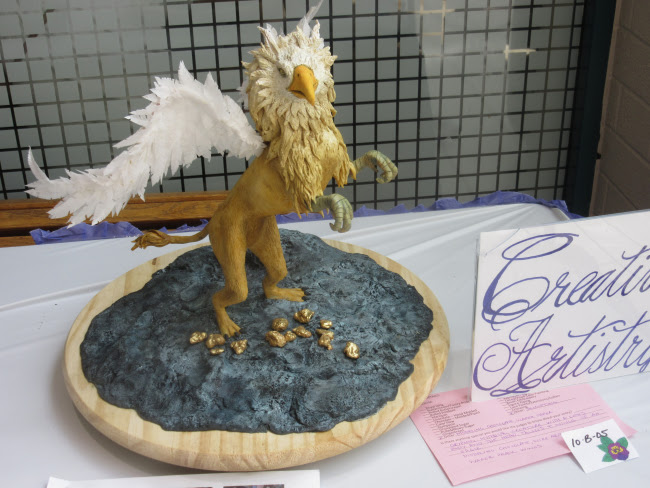 If you don't know what a Gryphon cake is just look at the picture. Yes, that's a cake, made of modelling chocolate and wafer paper. Well, what did you think Gryphon cake would be made of (I'm making Alice In Wonderland jokes here, Philistines). I went to the grocery store yesterday in a small mall in La Jolla and unexpectedly found myself at a cake contest. Join me as I narrate my pictures. 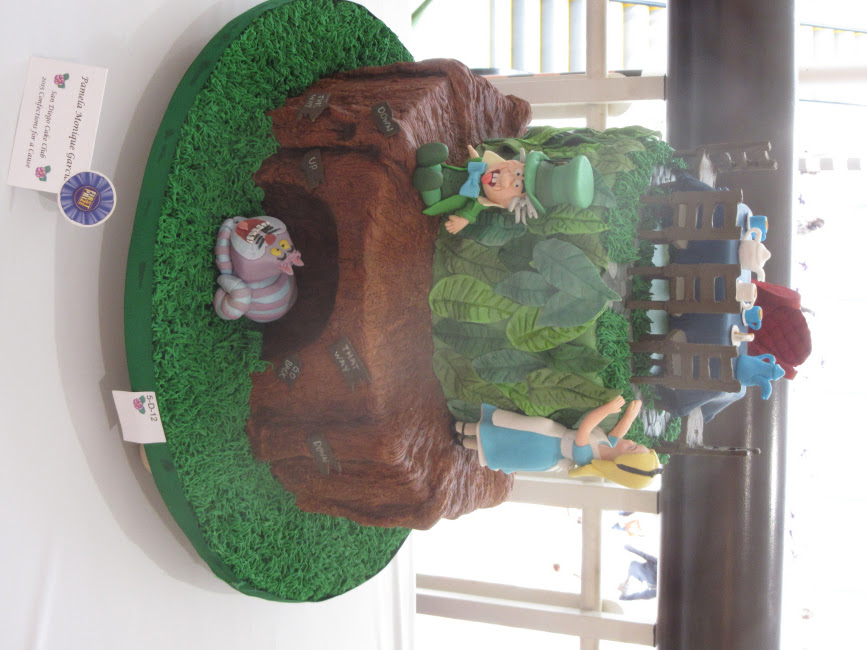 Here's an actually Alice in Wonderland cake, based on the 1951 Disney film. Disney was well represented, mainly by Little Mermaid cakes for some reason. But my favourite was this Maleficent: 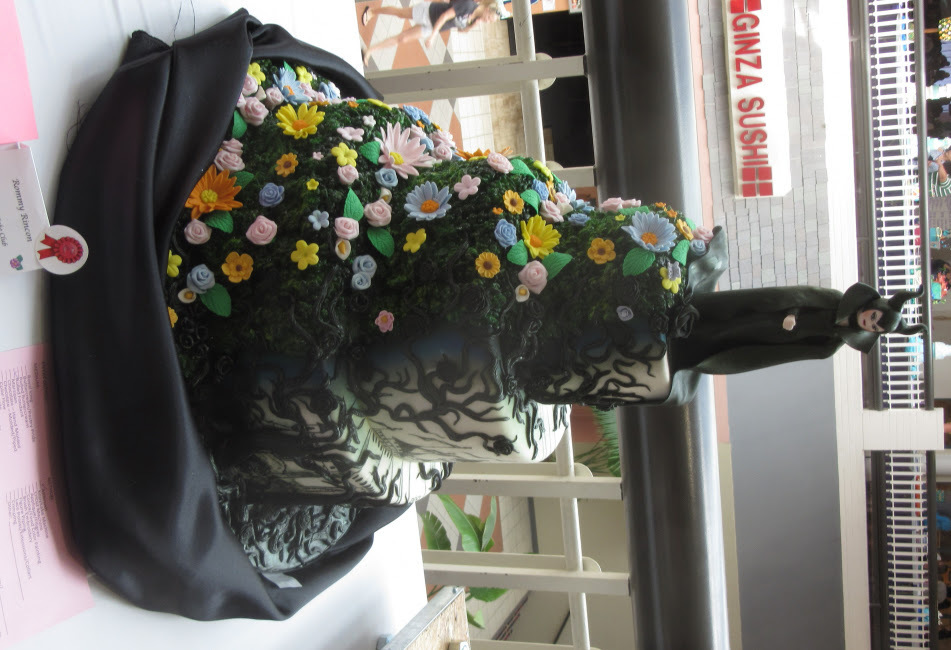 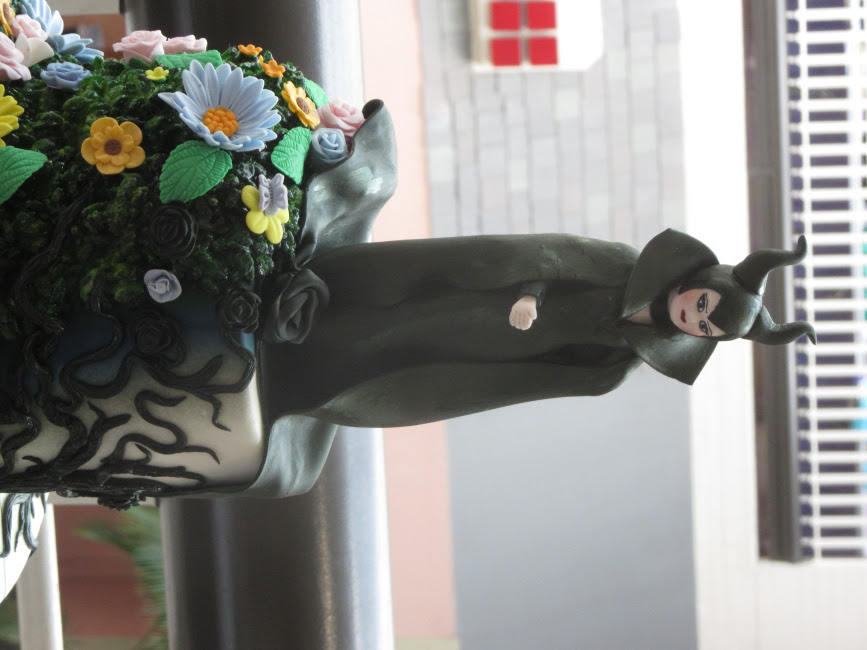 I like to think it's the 1958 version. It's rolled fondant and gum paste. 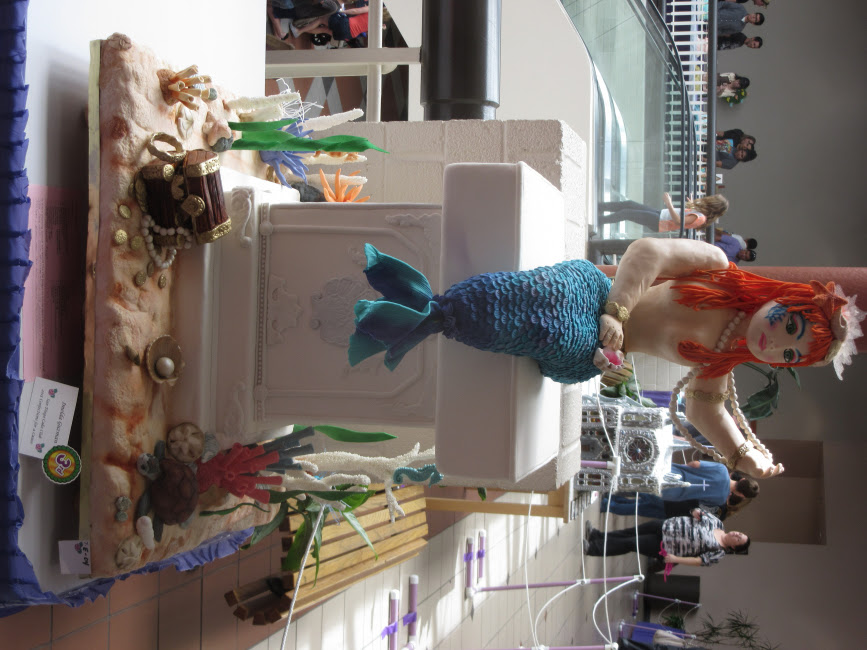 I don't think this topless body builder mermaid was meant to be the Disney version. Also rolled fondant. 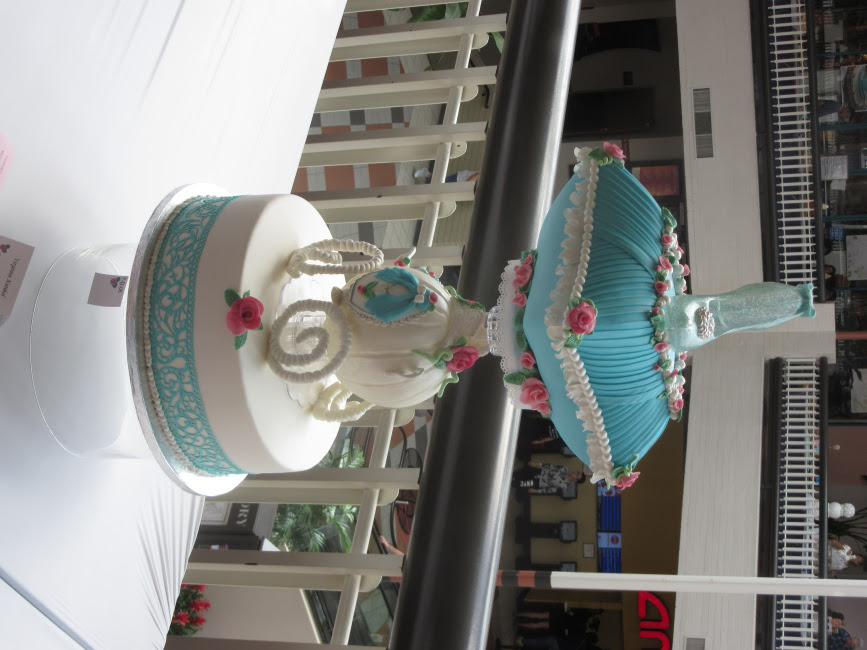 I wonder if Disney sponsored this one. There were posters for the live action Cinderella in front of the AMC in the background. When I walked past this theatre a few weeks ago, there was a long line of people slowly being fed into it. I asked a guy what it was for and he said it was for an advance screening of Focus. In response to my blank look he said excitedly, "The new Will Smith movie!" 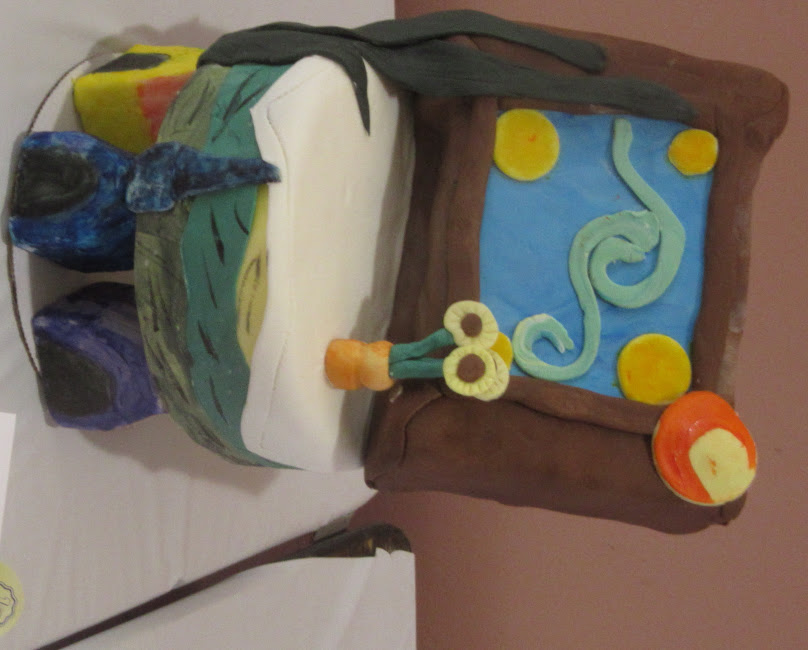 Now this was a little more impressive--this Van Gogh cake was made by a twelve year old. There were several cakes based on classic art. 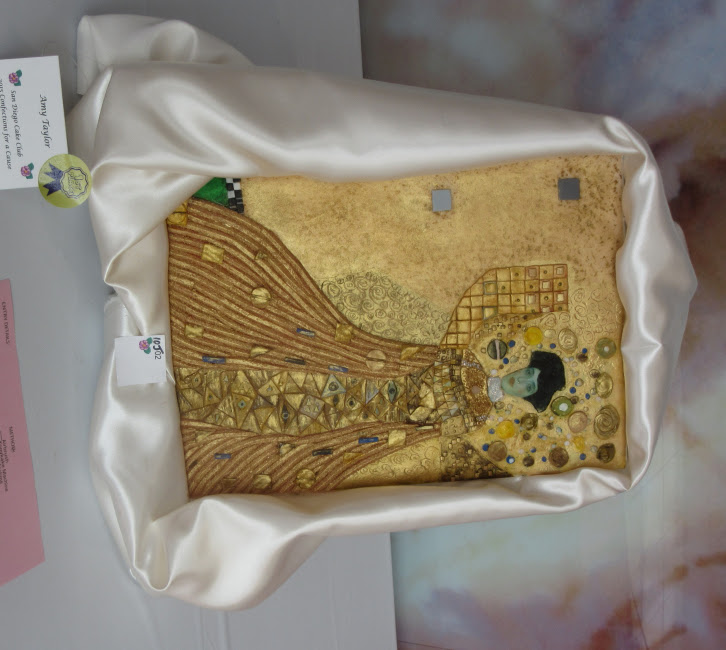 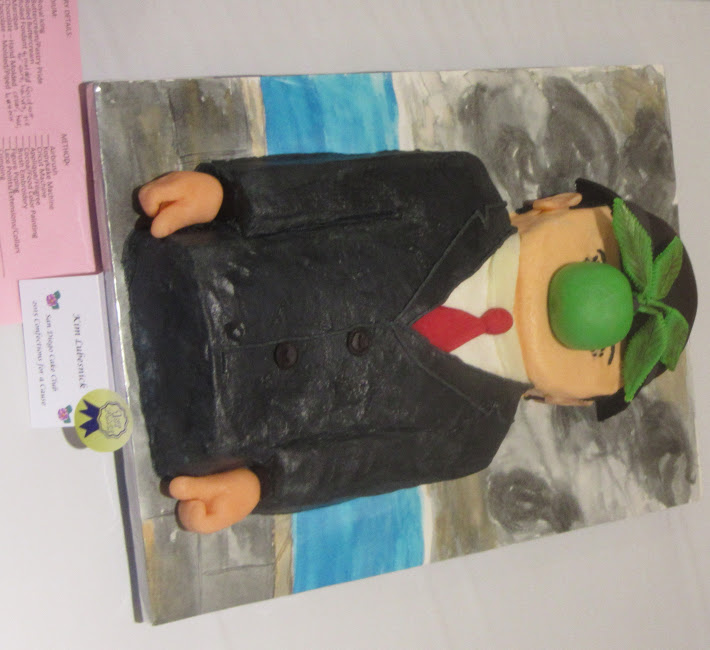 I don't understand why an actual apple wasn't used for this. 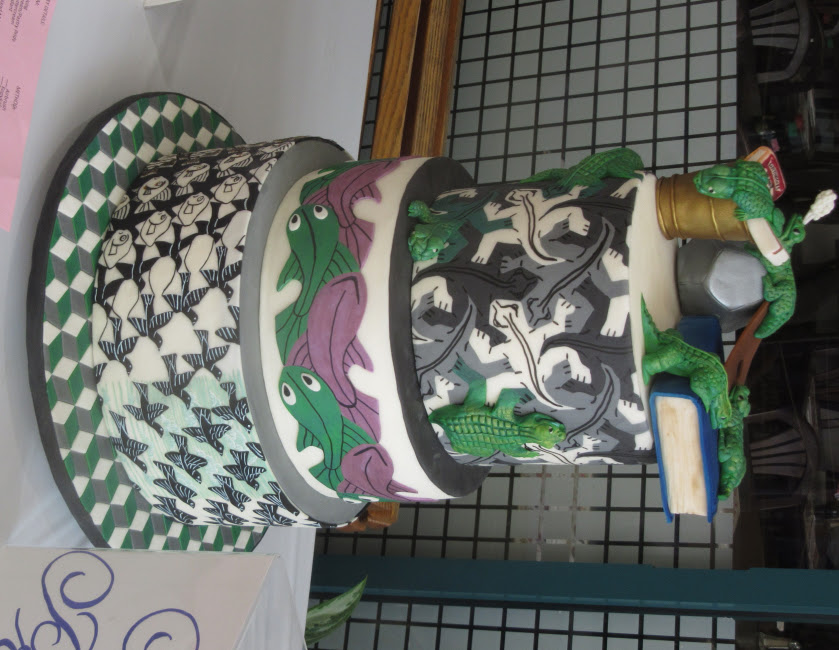 The Escher cake looks so good I don't know where it begins. 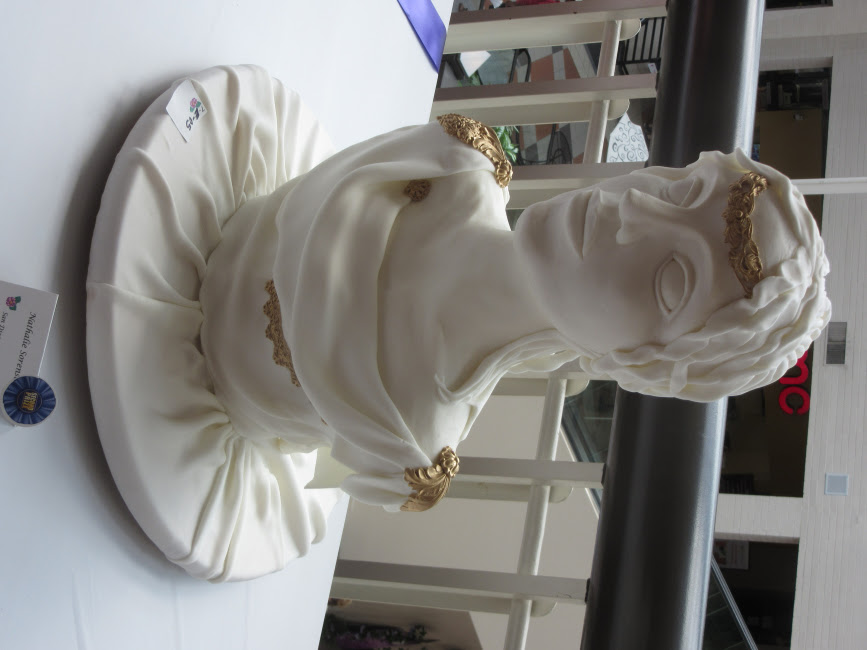 Is this some kind of bust? Yes, it's very nice (okay, I'll forgive you for not getting the Police Squad joke). 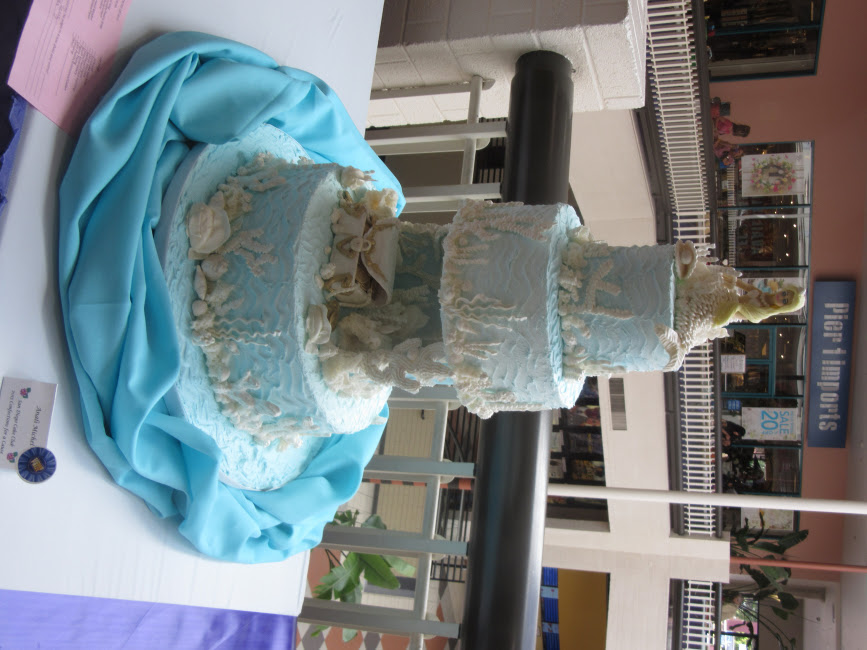 Another mermaid. Many sea themed cakes. 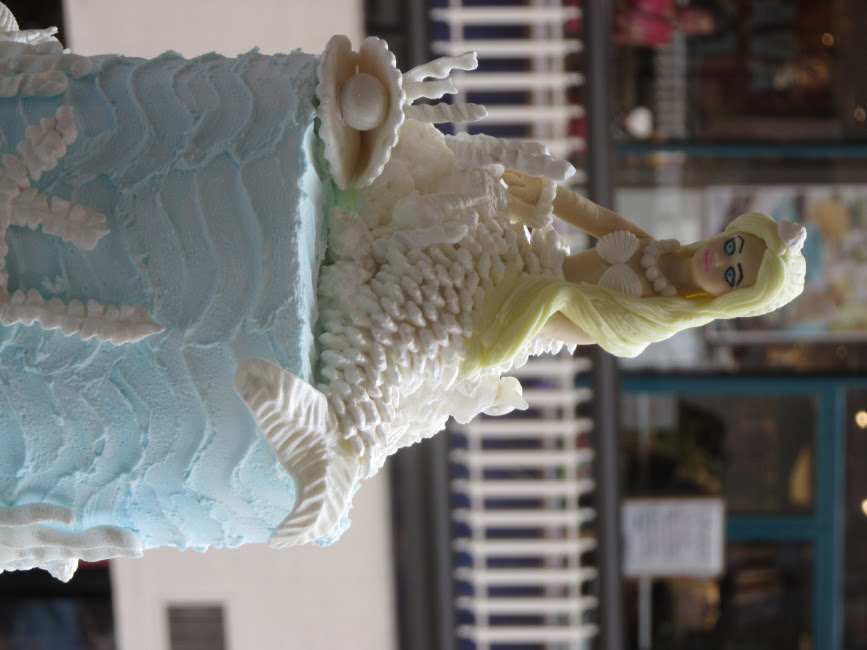 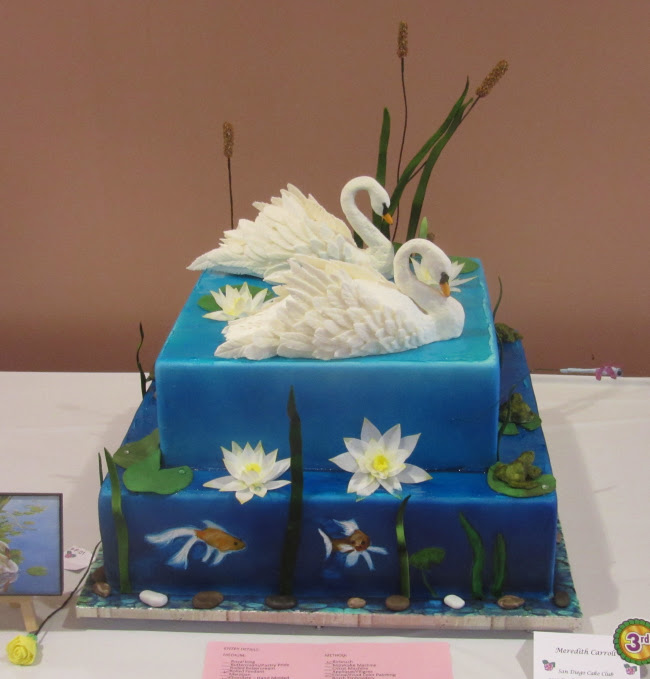 Aquatic cakes were outnumbered by bird and flower cakes, though. 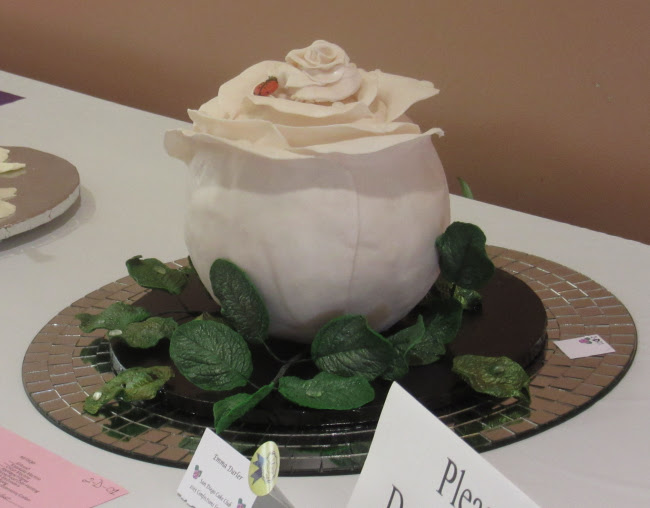 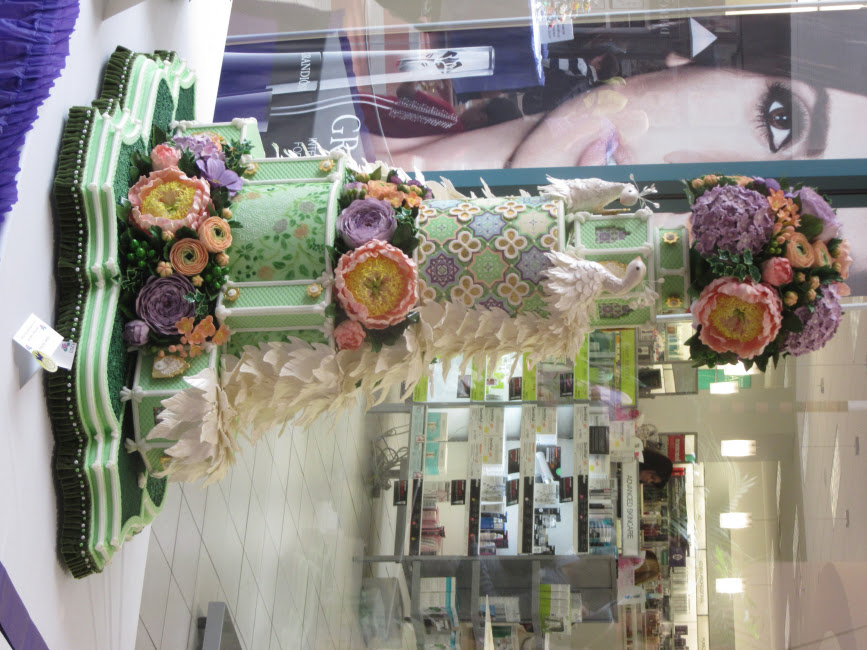 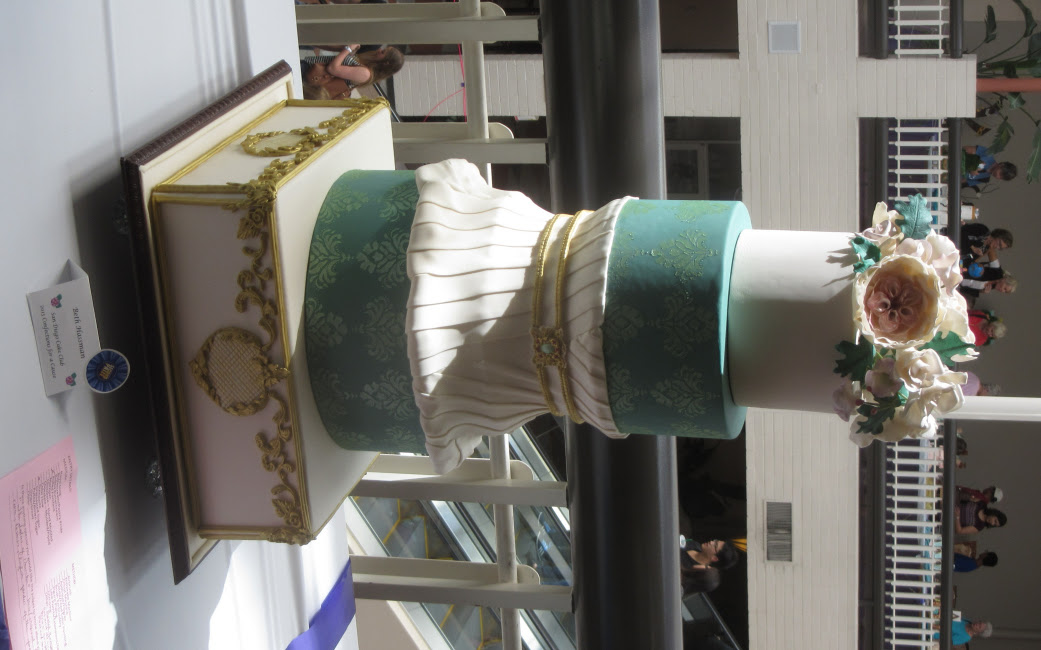 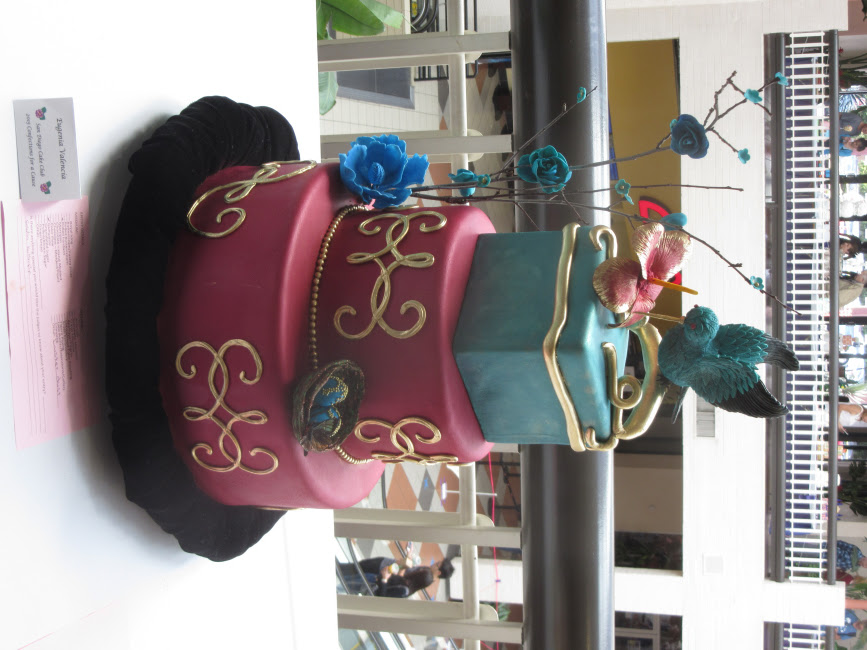 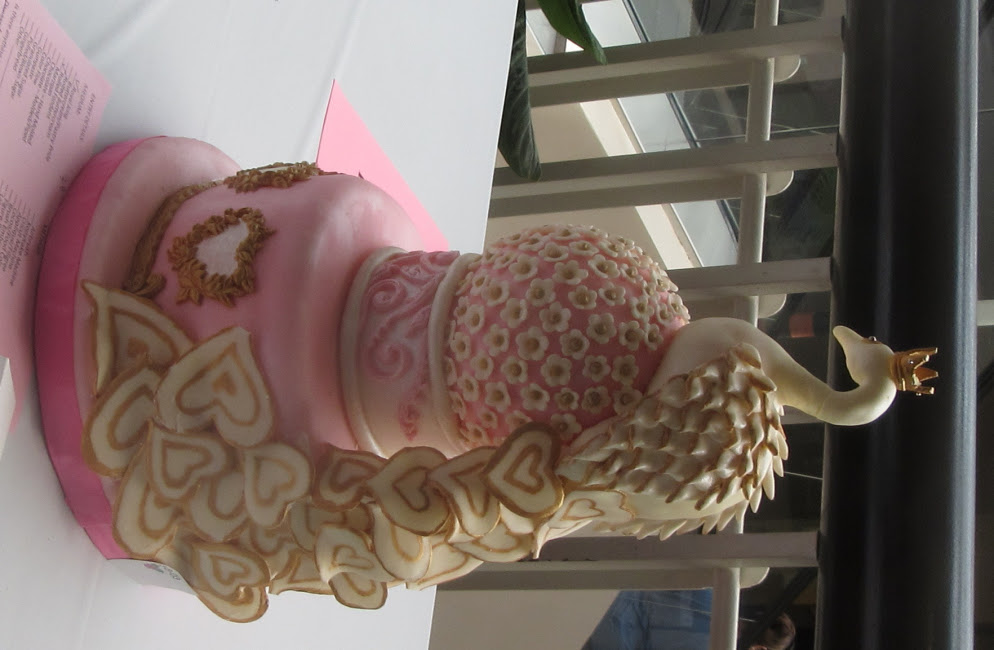 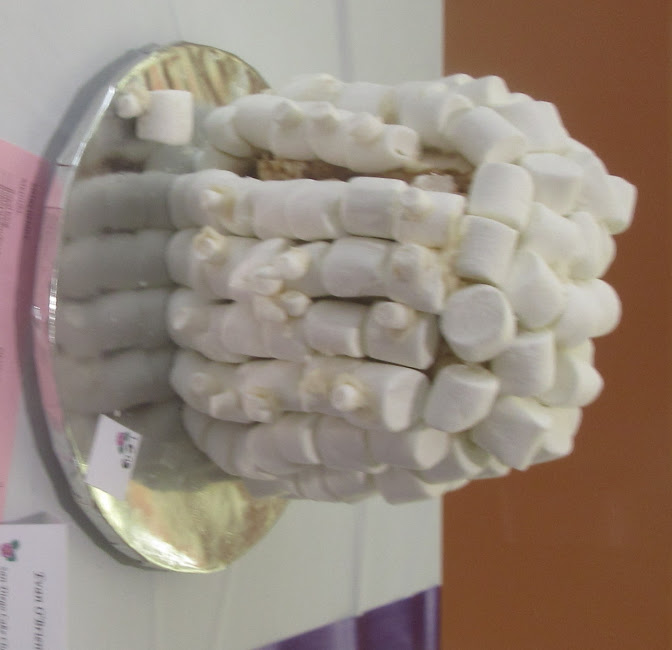 Maybe I shouldn't be too harsh since this one was made by an eight year old but it looked really out of place. 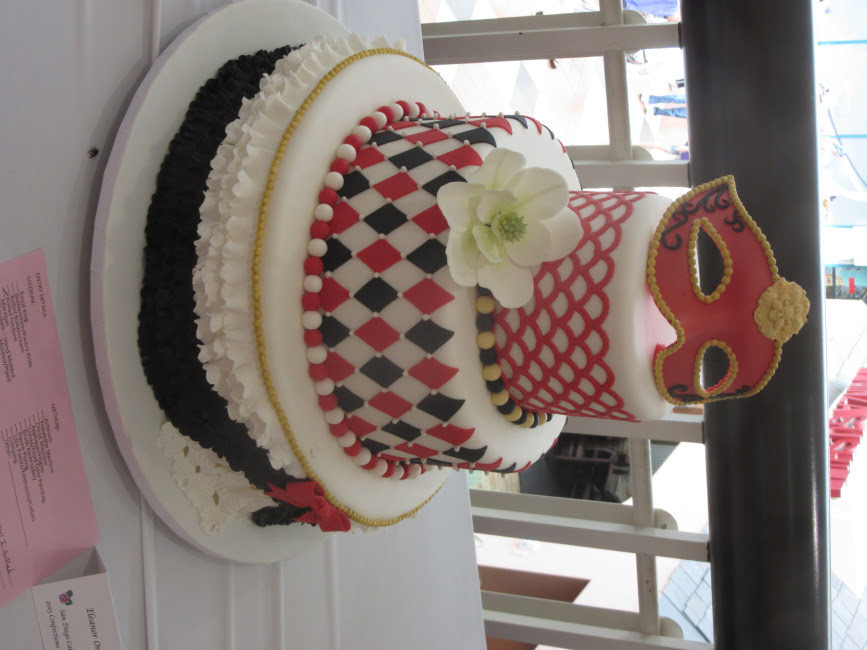 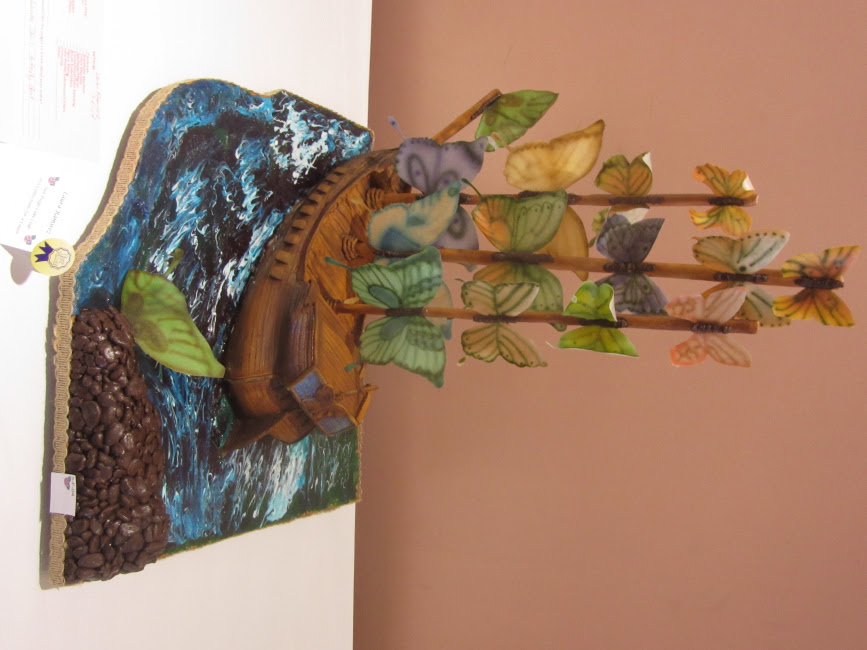 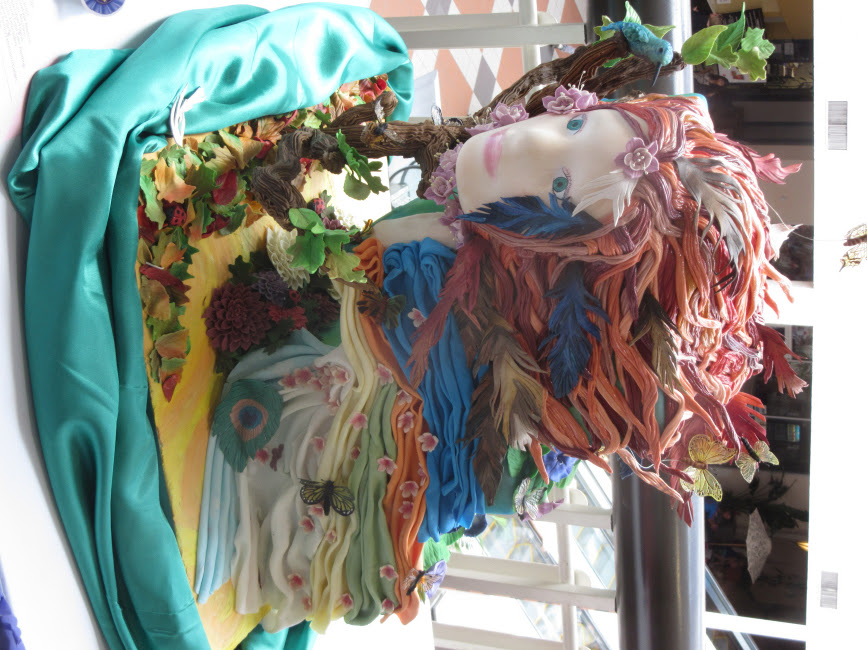