I just bought a bag of dried kelp, it occurred to me afterwards I could have gone to the beach and just gotten armloads of the stuff for free. Though from what I read now, getting it to an edible state does sound kind of time consuming.

It seems like I'm eating either Irish or Japanese meals lately. Last night I had boxty and watched The Quiet Man, the night before I watched Tokyo Story again in preparation for a presentation on Japanese film I was asked to give in the class I'm teaching assistant for. I guess I'd mentioned movies enough times to the instructor she figured out I have a thing for them. Tokyo Story seemed an obvious point at which to begin discussion, since it's at number one on the BFI greatest movies of all time list--the director's poll, anyway. You've probably heard Vertigo beat out Citizen Kane for the first time on the critics' poll. I wonder why the critics' poll receives so much more attention. Don't ask me to choose which of Tokyo Story and Vertigo is the better film, though I've certainly viewed Vertigo many, many more times. 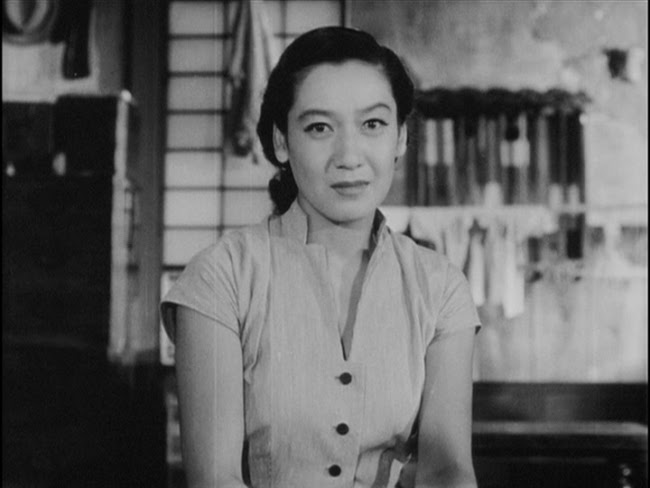 Maybe it's because Tokyo Story is a much more brutal film, in my opinion, I don't watch it as often. And yet everything that happens in it is pretty mundane. It's about death, not extraordinary death. It's not Charles Foster Kane dropping his snow globe alone in his pleasure palace, as amazing as that film is. Tokyo Story is about how the dead become more and more distant from the living, sometimes even before they die. And thinking yesterday about what movies to watch for Saint Patrick's Day, I thought of John Huston's adaptation of James Joyce's "The Dead" and I started compulsively comparing "The Dead" to Tokyo Story. 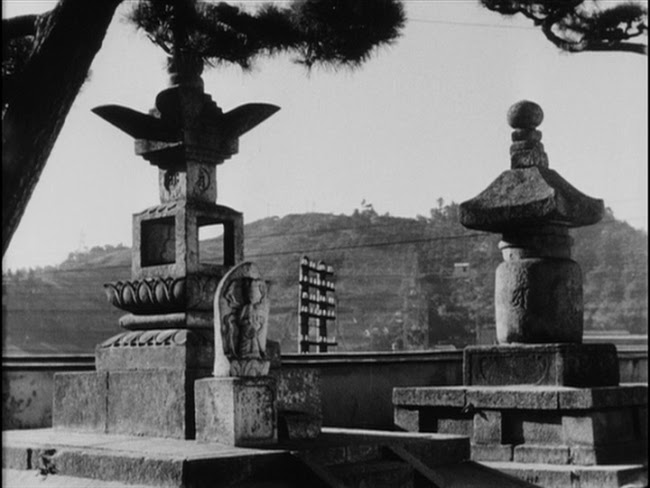 Do the two stories have opposite perspectives on death or the same perspective? One could say "The Dead" is about how the memory of the deceased lingers and Tokyo Story is about how life inevitably pulls us away from any intimacy with the dead.

"The Dead" conveys its idea with a crucial subtlety, ostensibly at first being a tale completely unrelated to dead people. A happy gathering of family and friends. Just as much as real life is usually truly about the dead, which is to say, not very much at all. And that's the essentially horrific nature of it, the haunting quality of the dead in "The Dead" is largely due to an unspoken, natural attempt to connect with a subject, a person who is relevant to a conversation or a loved one's passion, but automatically and totally being blocked from that connexion. "He thought of how she who lay beside him had locked in her heart for so many years that image of her lover's eyes when he had told her that he did not wish to live." 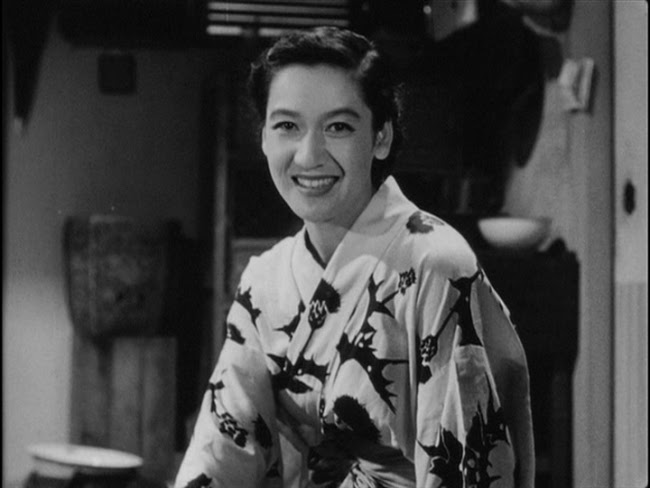 Ostensibly Noriko in Tokyo Story has the opposite problem. Played by Setsuko Hara, I don't think I fully appreciated her the first time I watched the movie, I was more focused on Chishu Ryu and Chieko Higashiyama. Hara seemed to be gritting her teeth through her roles in the 1950s, and I think a lot about how she said she'd always hated acting when she retired in the early 60s. But in Tokyo Story, the slight bitterness, the odd fervour, in her pleasantness makes sense. There are no villains in the story, the natural needs of life just work out to make the elderly couple's grown children pass them from one house to another when they visit Tokyo, but Noriko seems to be their angel. Noriko, who's not even biologically their daughter but the widow of their son who died in World War II. They beg her to remarry because they're worried about her but they're quietly glad she's there. But we learn, in a really amazing scene from Hara, how much she struggles with the shame of going days without even thinking of her husband. 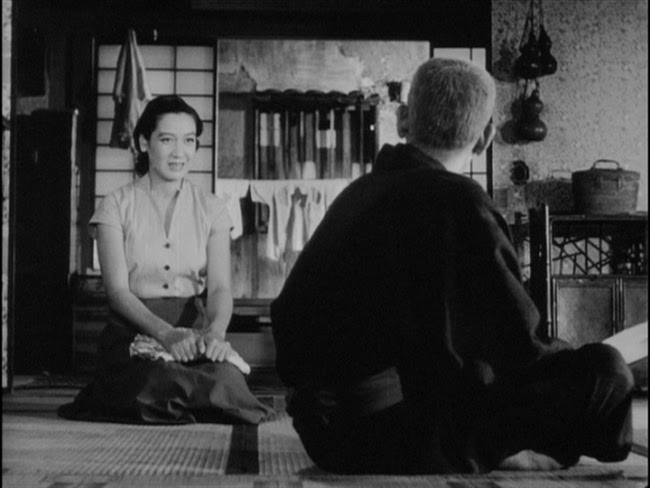 In "The Dead", it feels like the epiphany is that, even if you're not thinking about them or if you don't even know about them, the dead may manifest at any time because of what they meant to someone you know. In Tokyo Story, it feels like so much effort is expended to make the dead matter because they inevitably slip away.

So on the surface, two opposite ideas. And yet from the fact that both stories are so keenly insightful on human nature, I'm compelled to ask myself if these aren't in fact two different versions of the same idea. There's a lot of discussion of fading to a "shade" at the end of "The Dead" and maybe the really haunting thing about the dead manifesting themselves is in the reminder of how distant they are. The young man Gretta remembers obviously had an extraordinary impact on her but what of all the people who didn't make that impact? What is all that young man's passion worth now? And who will remember him a couple generations down the line? So the two stories, I believe, ultimately strike the same place in the heart. Joyce's tale may be the gentler one for actually showing that people do fondly remember those who are dead sometimes.

When I went to bed, I found myself thinking of the corpses from the opening shot of Werner Herzog's Nosferatu and the peculiarly silent, pleading, hungry looks frozen on their faces.

Posted by Setsuled at 7:59 PM
Email ThisBlogThis!Share to TwitterShare to FacebookShare to Pinterest