I dreamt last night I was watching the première of True Detective's second season and it ended up being a retelling of the first season from the perspective of woman working at dispatch at the police station. She looked younger than thirty but had salt and pepper hair, very long hair, to her knees, wavy with bangs like an anime character. She wore a big, light blue blouse with leg of mutton sleeves and a blue denim overall dress with white stitching made to look like the TARDIS--the two windows of the TARDIS were at the top front like breast pockets and I realised it wasn't such a bad cosplay idea. Her favourite Doctor was the Eleventh and she made little dolls of him out of cloth when he regenerated and she placed the dolls on a little alter she made at home. She had a big crush on Matthew McConaughey's character and most of the show consisted of her watching him walk past with wide eyes, rarely daring to say hello.

I forgot to mention the TARDIS in Too Many Crooks yesterday. Behold: 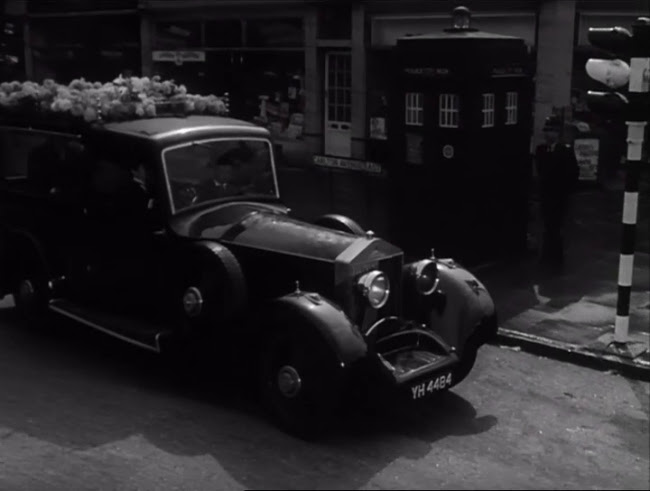 I said I was going to note every police box I saw in a movie after I saw one in Peeping Tom. It's nice to be reminded they really were around before Doctor Who. I suppose I'm in the minority in wishing the windows didn't glow on the new series.

I listened to . . . ish last night, a 2002 Sixth Doctor (Colin Baker) audio play with Peri (Nicola Bryant) as his companion. It's funny how rarely Six and Peri are paired in the audio plays even though the two spent the bulk of their television time together. Maybe the actors don't get along. . . . ish isn't especially good, especially after Spare Parts. The story in . . . ish involves the Doctor and Peri visiting a university in the future where an ultimate dictionary of the English language is being compiled. It gives Six opportunity to wax smug about his command of the language and deride Peri's Americanisms culminating in a pretty dumb climax where the two spout alternate versions of words at each other ("Lift!" "Elevator!") to cause a murderous dictionary robot to short circuit. . . . ish takes the abrasiveness of Six and Peri's chemistry and adds pedantry and lame turns of phrase.

March, I've decided, will be Saint Patrick's Month so I had some Jameson last night and made my second at attempt at boxty, Irish potato pancakes. The first attempt came out more like like latkes, which was fine but I wanted something closer to the pancake thing I've had in restaurants.

I have nothing against latkes. Are you calling me an anti-Semite?

Er, so I'm a little hungover to-day. Anyway, here's how my boxty came out: 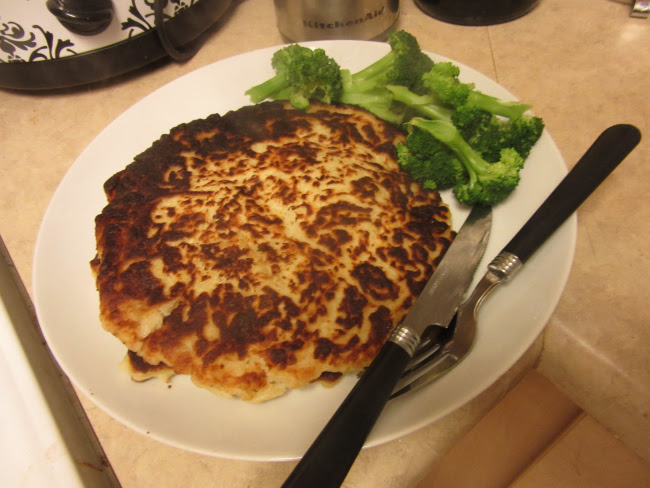 Better, I think, but I'd still like to see it come out more brown and less black and white. I may need to cook on a lower heat for less time or something.

Posted by Setsuled at 3:05 PM
Email ThisBlogThis!Share to TwitterShare to FacebookShare to Pinterest