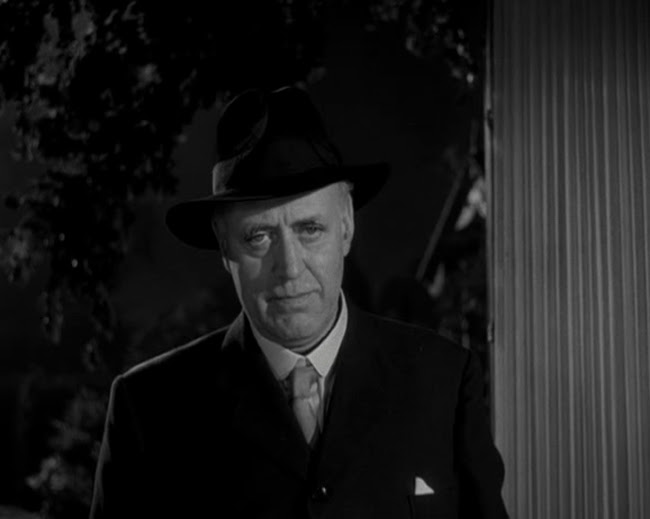 He walks into a strange home or business, seeming to see everything and nothing at the same time, distracted totally with a business from outside he's also keenly and intimately obsessed with the territory he's casually invaded. He's the brilliant detective or inspector archetype, call him Sherlock Holmes or Philip Marlowe. Usually a character who appears in mysteries written like puzzles with a definite answer to the problem arrived at through a logical sequence of reason, 1954's An Inspector Calls uses this character for a slightly different purpose. Still a mystery film, An Inspector Calls is intriguingly uncanny, a virtue diminished only partly by the film's heavy handed morality. 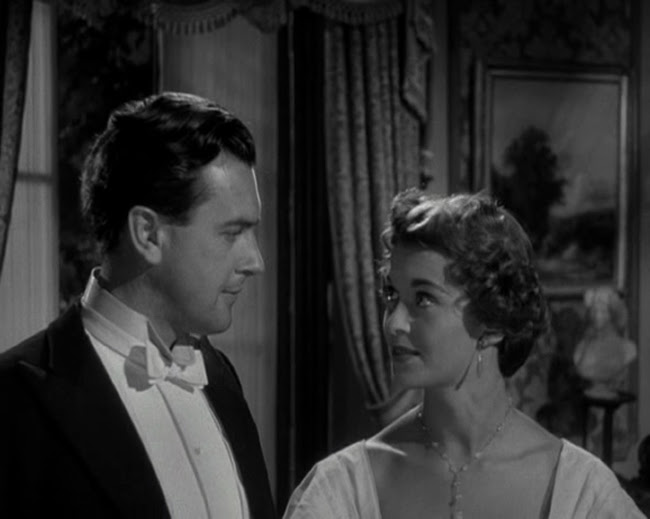 A wealthy family and their daughter's fiancé gather in the patriarch's home to celebrate the upcoming nuptials. And then suddenly Alastair Sim as Inspector Poole appears in the room without being announced. 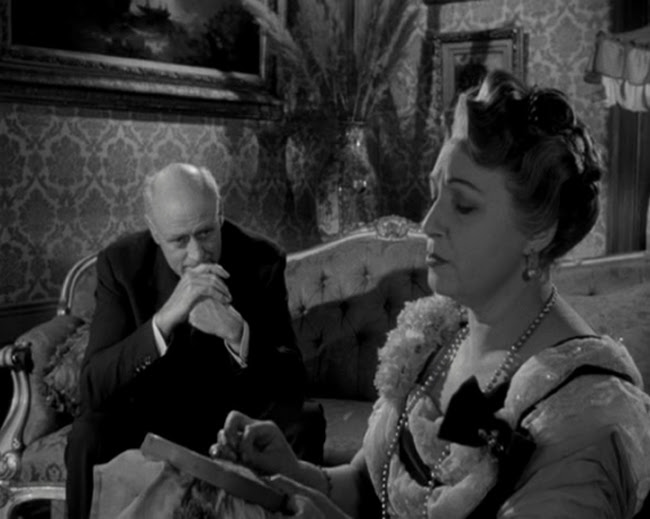 He proceeds to question each member of the family one at a time, showing each one a photograph of a young woman--careful not to let two people see it at once--and in so doing revealing how each one has committed an injustice through direct malice or thoughtlessness to the woman of lower class. And now that woman, Eva Smith (Jane Wenham), is dead, apparently from suicide. 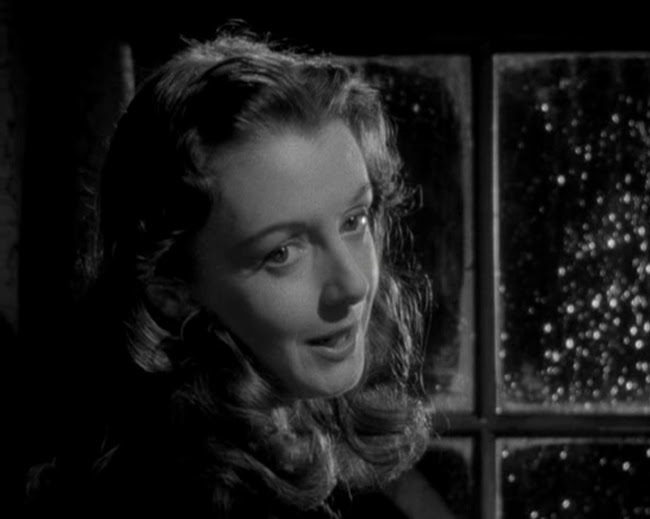 It seems unlikely, as members of the family point out more than once, that each of them should have encountered this same woman in completely unrelated circumstances. Is the Inspector pulling a prank? Or is something even weirder happening? 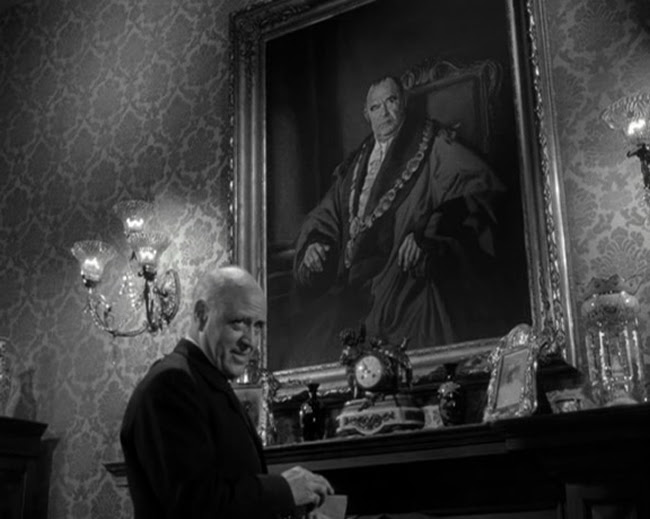 Alastair Sim is perfect casting here. He keeps his cards close to his chest, his bug eyes under sad lids keenly watching each member of the family in turn, a slight smile occasionally coming to his lips suggesting sadism or sorrow or both.

Posted by Setsuled at 12:35 PM
Email ThisBlogThis!Share to TwitterShare to FacebookShare to Pinterest