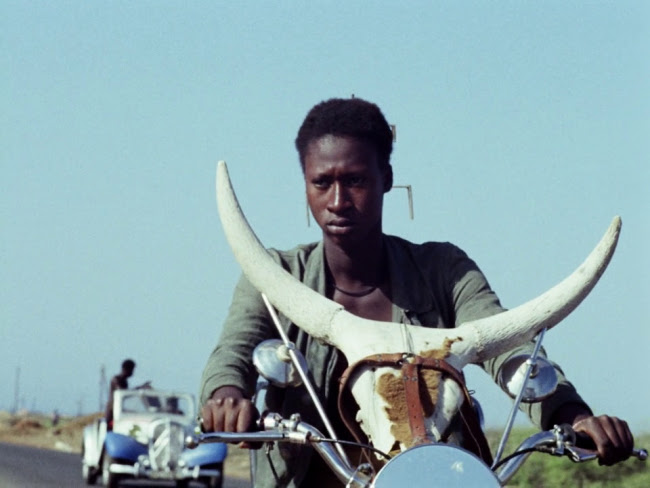 The best way to lead man or beast to slaughter is to make it look like a good idea. 1973's Touki Bouki uses the music of Josephine Baker, a woman known for presenting a fantasy version of Africa to Paris, to present a fantastic dream of Paris to two young Africans. It's a story about a local culture devalued in favour of a foreign one but the strengths of Touki Bouki are in the less argumentative moments where it presents its two misfit heroes enduring their humdrum and perilous lives in Senegal. 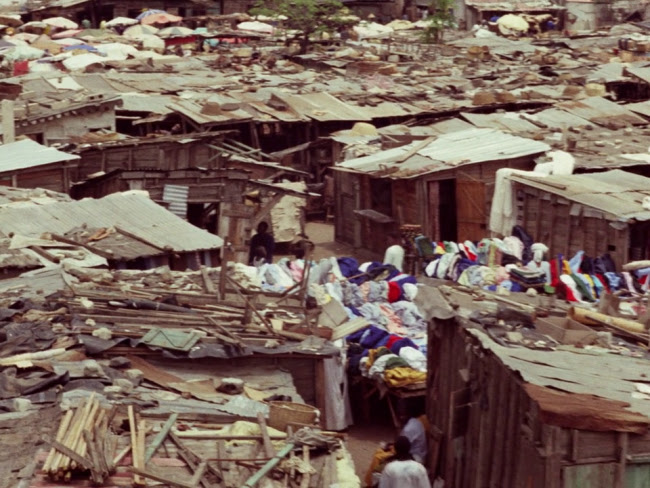 We're introduced to the city of Dakar first through a tired man in brown uniform who wanders slums and marketplaces. A woman buys fruit from a friend who tells her she doesn't have to pay to-day prompting a rebuke from the fruit seller's daughter, Anta (Mareme Niang). 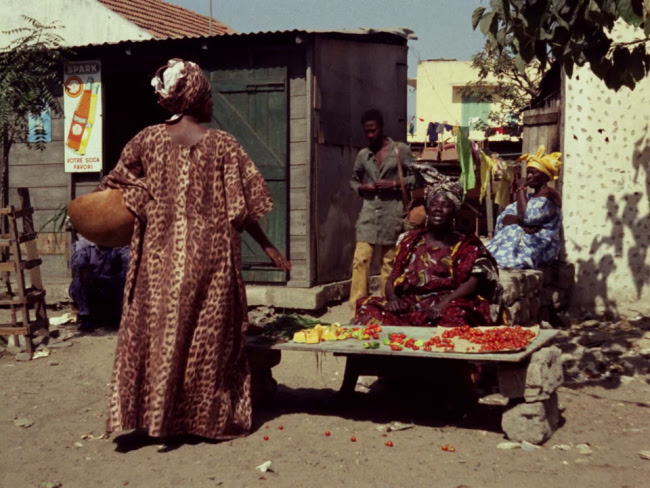 Neither are swayed by the drably dressed young woman who goes off to find her similarly unappreciated and drably dressed boyfriend, Mory (Magaye Niang). 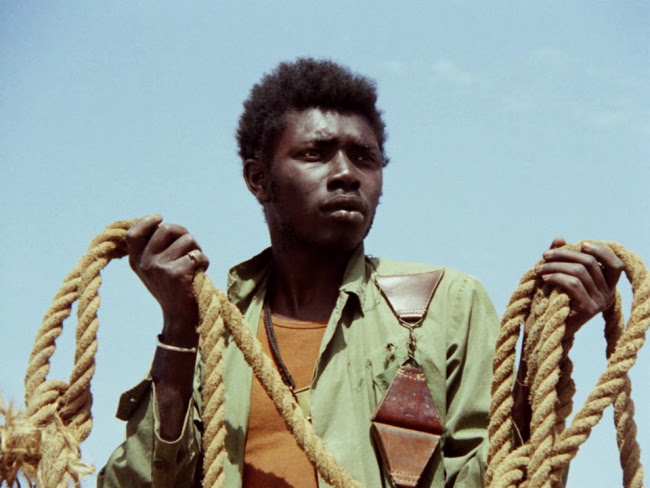 His motorcycle with a cow skull on the front seems to connect him with the cattle we see gently led to a bloodsoaked slaughterhouse at the beginning of the film. And indeed, it's not long before we see Mory beaten and tied up by a gang of his peers and the skull stolen from his bike.

The film seems to break with linear, literal storytelling at times as we go from Anta, panic stricken at learning from a local witch that Mory has killed himself to seeing her taking her top off and embracing him as he relaxes by his fully intact bike. The shot of Anta removing her top is repeated a moment later. Was the witch lying? Did Mory survive his "suicide"? The literal truth doesn't seem to matter and we're left with a more interesting emotional impression of the places these two young people occupy in their society. 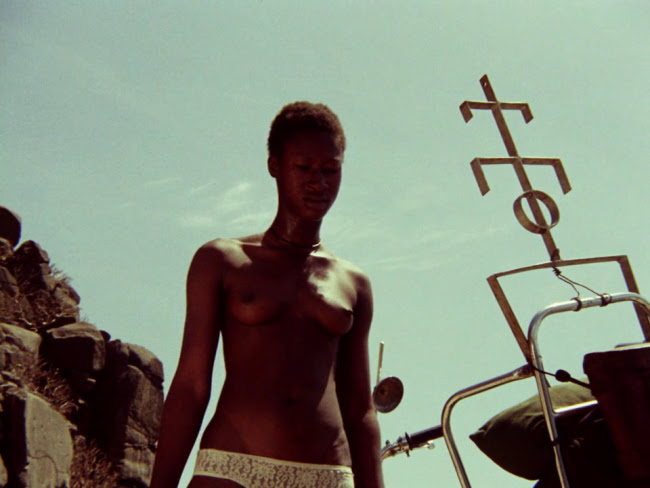 The scheme they implement to get to Paris seems even more based on dream logic as a rich man who tries to seduce Mory from his shower for some reason is unaware Mory is stealing all his clothes. Mory and Anta pile suitcases in a car painted with American flags and tell the wealthy man's chauffeur to take them to town. We see them later in a motorcade, dressed to the nines--in clothes that curiously would never have fit on the man who tried to seduce Mory--waving to crowds of onlookers like royalty. 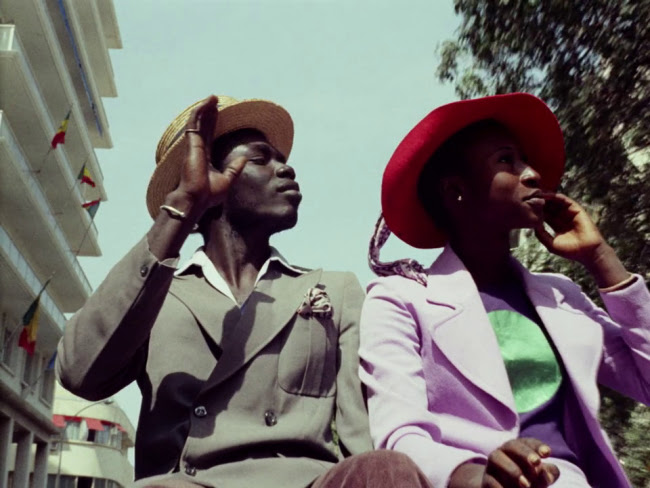 The use real locations and natural lighting combines with strange logic to convey the impression of being stuck in a limbo between insubstantial, unreachable, superficial beauty and a violent, uncaring environment.