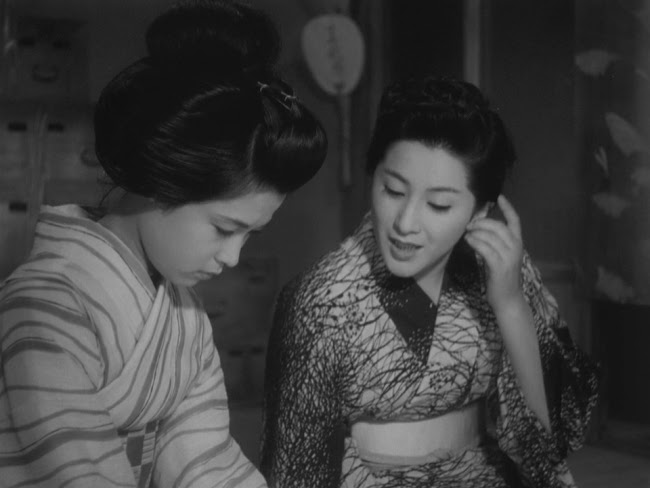 The widely held perception of geisha is that they don't necessarily have to sleep with their clients, that they have the freedom to choose whether or not they have sex during an engagement. Like many romanticised, capitalist ideas, the reality isn't quite so neat and pretty as Kenji Mizoguchi demonstrates in his 1953 film A Geisha (祇園囃子, or Gion Bayashi, an annual festival in Gion). Not a condemnation of the geisha institution as his later film, Street of Shame, is a very balanced argument against prostitution, A Geisha focuses more on how geisha were affected by American cultural influences after World War II. It does so brilliantly through careful crafting of character, the film is told from the perspective of two geisha, one who was trained before the war and her new, post war apprentice. 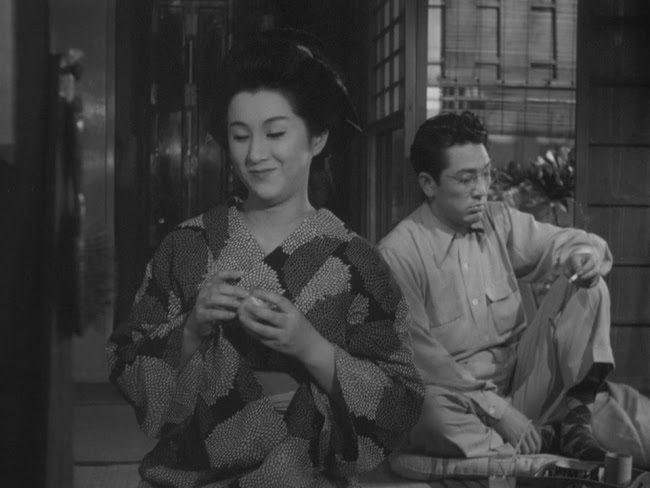 The movie begins by acknowledging a potential negative quality in the profession itself as the elder geisha, Miyoharu (Michiyo Kogure), is introduced rejecting a man who's come to her for the affection he's familiar with her bestowing only to find she isn't so accommodating when he doesn't have any money. But as she explains to him, what she does is a sort of performance. And after all, a geisha's got to eat. 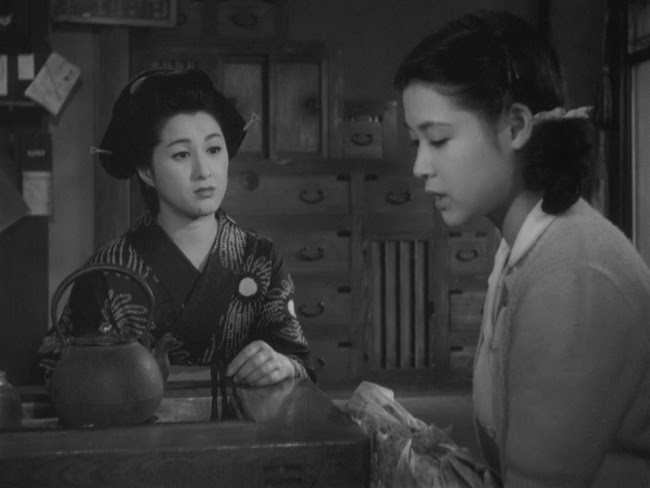 Before long, she's entreated by someone else with no money, Eiko (Ayako Wakao), the daughter of a deceased former geisha of Miyoharu's house who left the business to get married. Now that Eiko's father is broke as a physical problem causing his hand to tremble has destroyed his craftsman business, Eiko has come to Miyoharu hoping to follow in her mother's footsteps and become a geisha herself. But training and outfitting a new geisha isn't cheap and Eiko's father obviously can't pay for it, which is the traditional thing to do. He gives his consent for her to do whatever she wants but essentially disowns her. Miyoharu takes pity on Eiko who continues to plead and, to fund her training and pay for her kimonos and jewellery, takes an enormous loan from the most powerful geisha madam in town, Okimi (Chieko Naniwa). 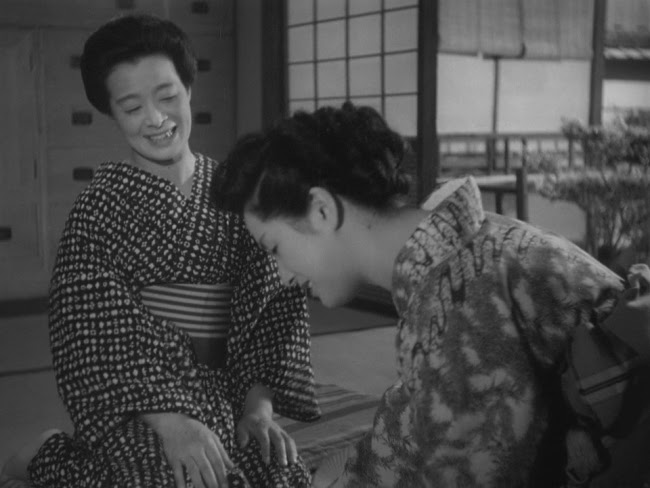 Even without the loan, Miyoharu would still be under Okimi's thumb as she has the power to prevent any tea house or other establishment from hiring Miyoharu or any geisha working under her. When Okimi has a client who wants to close a big deal for his company for another man who wants to sleep with Miyoharu, realistically Miyoharu really doesn't have a lot of choice. 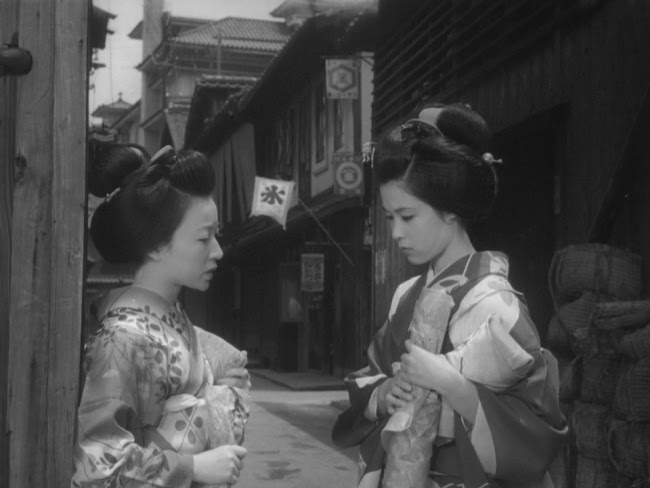 Eiko, meanwhile, is influenced by ideals of personal liberty introduced by the Americans and asks her fellow apprentices during flower arrangement training if a geisha can take recourse if she's raped by a client. The instructor laughs and says such questions are over her head. 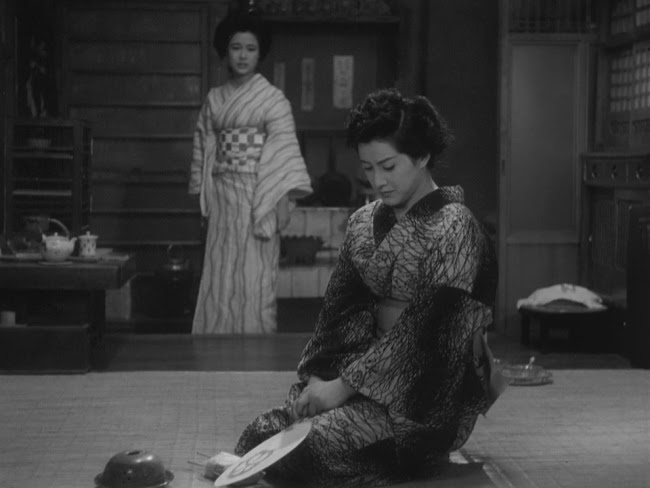 The movie never backs away from the characters to a scene where people divulge exposition at each other, the problems in the systems and economic philosophies are all illuminated by the series of obstacles the two women encounter and how they deal with them. The ultimate problems emerge gradually as things opposite to the supposed ideal manifest with a sense of inevitability.