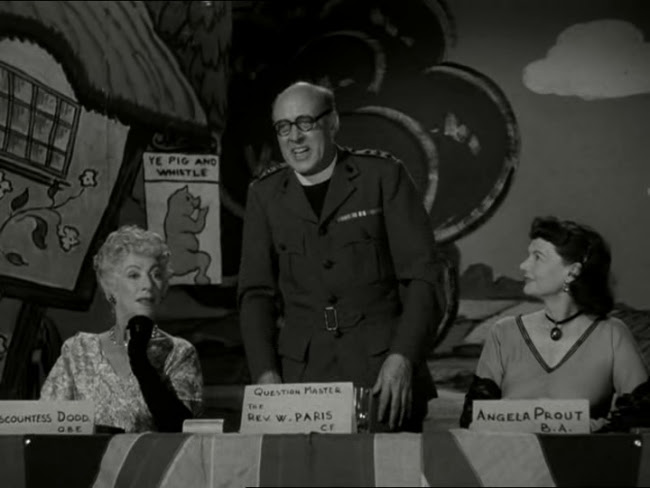 Is marriage a good idea? Seems an innocent question but it's enough to cause chaos in Frank Launder and Sidney Gilliat's 1953 film Folly to Be Wise, an entertaining though not brilliantly hilarious comedy. It does have the virtue of not doing anything wrong. 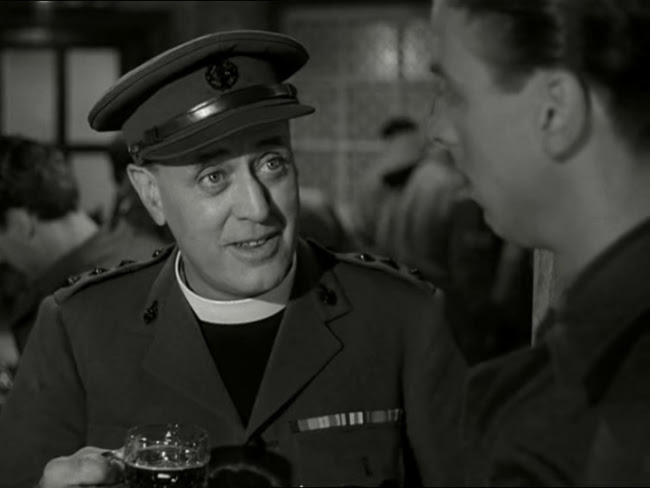 Alastair Sim plays the anxious and fastidious Captain William Paris, an army chaplain put in charge of entertainment. Finding the usual engagements of local string quartets and choirs have failed to draw the uniformed men and women away from the pubs, Paris hatches an idea to hold a Brain Trust--a panel of educated and knowledgeable volunteers who will take questions from an audience. The always wary of scandal Paris recruits a local children's author, Angela (Elizabeth Allan), her painter husband, George (Roland Culver), an announcer from the BBC named James Mutch (Colin Gordon), an M.P. (Edward Chapman), a viscountess (Martita Hunt), and the local doctor (Miles Malleson). It seems like a conservative enough selection (despite the M.P. being Labour) so what could go wrong? As a precaution, Paris forbids questions relating to politics or religion anyway. 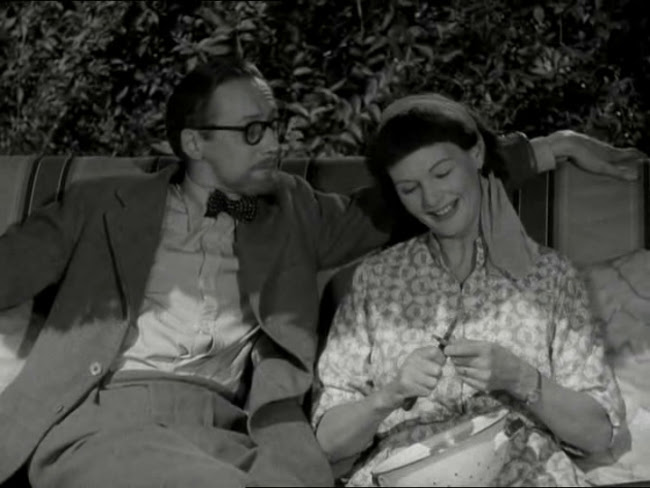 He probably ought to have had misgivings from the moment he mistook Mutch for Angela's husband because he came upon them kissing. At first congratulating the two on "carrying their courtship into marriage" he seems to blot out what he'd witnessed by means of sheer mortification when he learns the man's real identity. 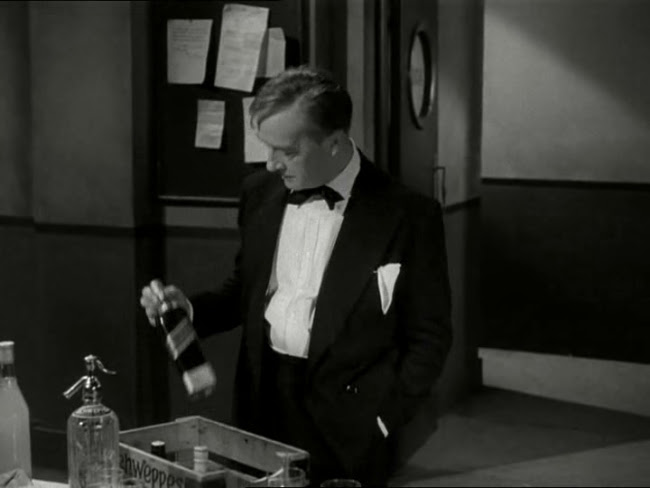 Perhaps he ought to have had further misgivings when, having asked the volunteers to join him for a sherry before the show, he saw George going straight for the Johnnie Walker. 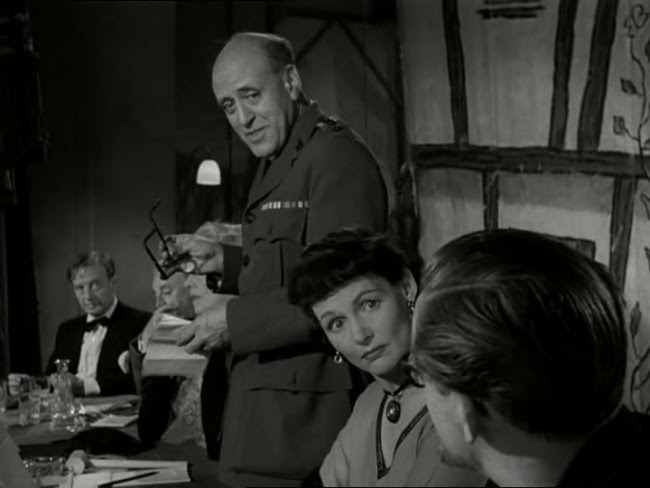 Added to this the fact that the doctor is all but deaf and turns out to enjoy telling graphic medical anecdotes and the M.P. of course tries to turn things into a political rally, the cards seem firmly stacked against things turning out as Paris' fragile nerves desperately demand. When his own secretary, Jessie (Janet Brown), asks the question about marriage because she's considering getting married herself, all other problems are eclipsed by the boiling triangle of Angela, George, and Mutch.

Nothing becomes intensely funny but the characters never do anything forced, which is nice. Even hopelessly drunk, George tries to keep a lid on his family problems at first and the viscountess tries to save the day with a (seemingly inaccurate, based on my attempts to google it*) Tennyson quote about how marriage is give and take but naturally things only get worse. George Cole has a pretty great cameo as a man in the audience who guilelessly at the end stands up to congratulate the chaplain on a thought provoking presentation.

*Google says it's actually from Shakespeare's Julius Caesar, "A friend should bear his friend's infirmities," to which the viscountess adds something about how more one should bear a husband's. And yet it sounds so familiar, I wonder if it really was a commentary Tennyson made on the Shakespeare quote--I can't find it anywhere if it is. I hope someone hasn't decided they have a copyright that entitles them to scrub Tennyson from the internet.